December 20, 2019
When our study on pancreatic cancer got accepted in a prestigious immuno-oncology conference in Switzerland, I told Harold—my fellowship colleague and, over the past few months, someone whom I’ve had the honor to call a dear friend—that I might just go with him. My exact words, I think, were, “Gusto ko ng snow snow.”

A part of the reason for my joining was that I wanted to do a side trip to Naples, in the southern part of Italy, where Elena Ferrante’s four novels were set, and to experience Geneva, where John Calvin, one of my favorite writers in Christianity, lived. Never mind that the conference was in December. Winter, I have learned in past brief travels, doesn’t agree with my tropical sensibilities. When exposed to the bitter cold, my skin develops a rash—multiple pruritic erythematous papules that look like pimples, only smaller, in my inner thighs and torso. The snow, I had learned, was only enjoyable for the first fifteen minutes. But the Norwegian saying, “Det finnes ikke dårlig vær, bare dårlig klær!” (There is no bad weather, only bad clothes!), challenged me and, with the advice of well-traveled friends and colleagues, brought enough thermal clothing to keep me from shivering.

My seven-day itinerary didn’t allow me to visit Naples (it was too far), but at least I had a chance to see Milan, which was three hours away from Geneva. I stayed at a cheap hotel near Statione Milano Centrale, where I was greeted by Filipino staff. “Ate, saan okay puntahan dito?” I asked. I had no checklist, I had only wanted to sit in a café and read, and I was content with doing nothing, killing time before I would meet Harold two days later in Switzerland. The kababayans pointed me to various places, mostly those enumerated by my friends Roger and Luther who sent me their recommendations. I visited parks, canals, museums, and stores. I read Elena Ferrante’s “The Story of the Lost Child” in real time, the fourth of her Neapolitan novels, and had the experience of living the story: these were the chapters where Elena Greco would visit Milan. In a way, seeing the sartorial Milanese, walking along the cobblestoned streets, listening to the sonorous and charming Italian (I would argue that Italians are to Europeans what Ilonggos are to Filipinos), added depth and color to my imagination. You should have realized by now that I am a devoted Elena Ferrante reader, whoever she may be. 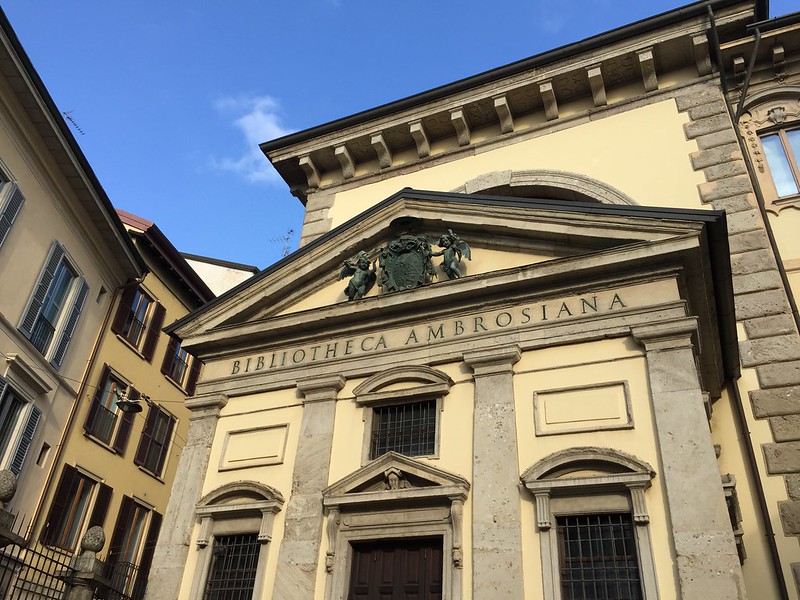 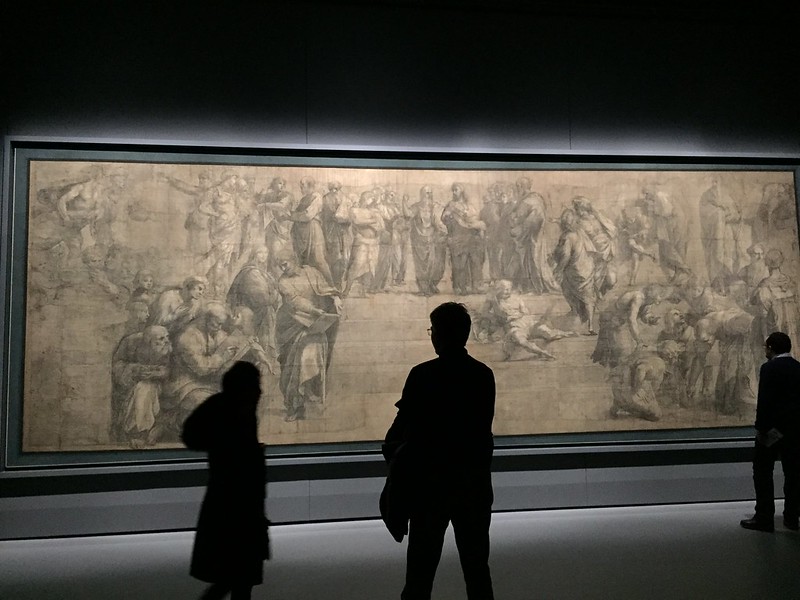 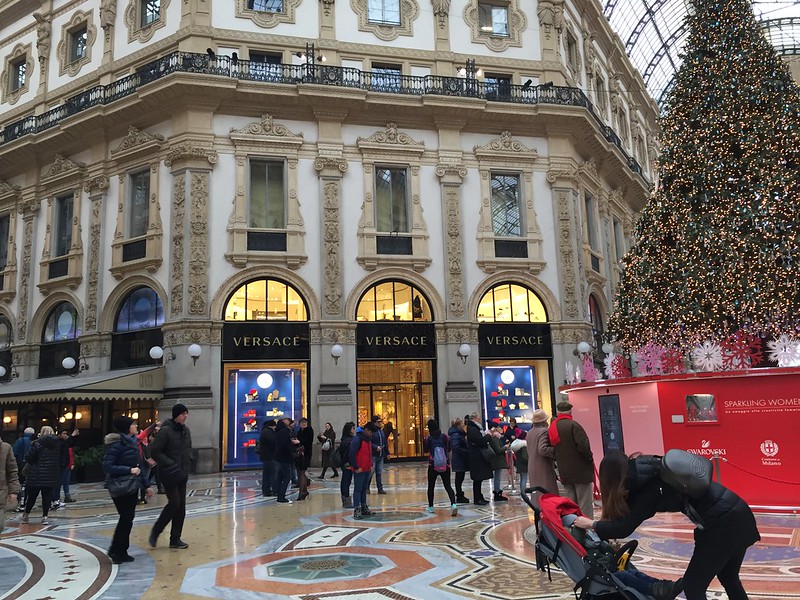 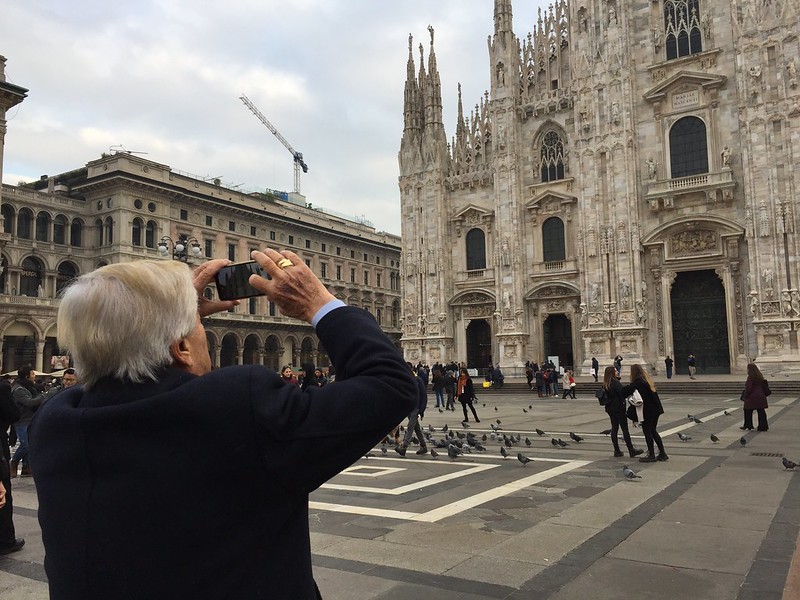 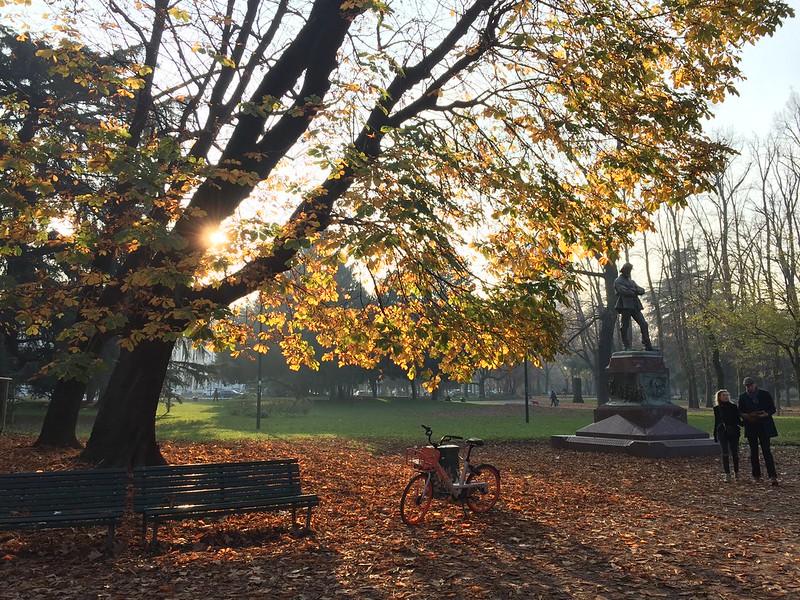 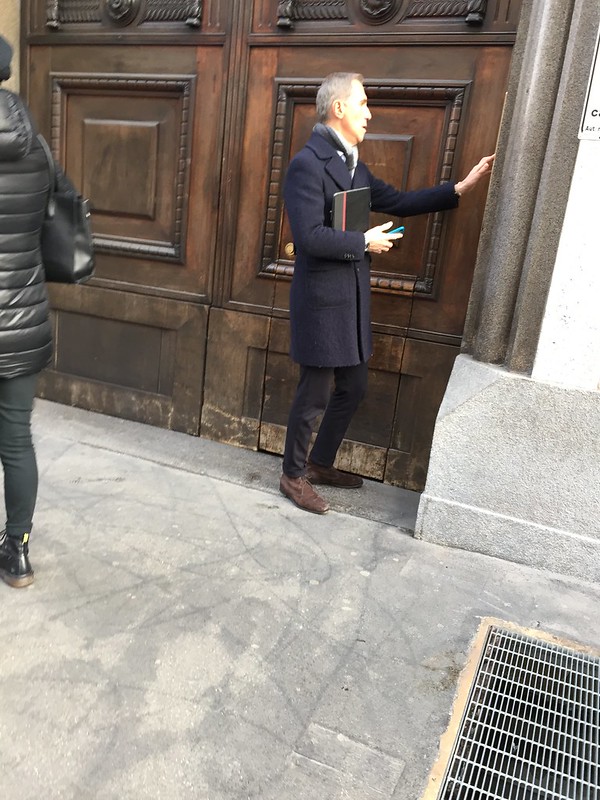 I met Harold in Geneva, where everything cost twice, even the sandwiches. He took over the reins of the tour, having spent a weekend figuring out which trains we should take, which streets we should visit, or if we had enough time to visit the castle and see the Alps. He came armed with Google maps connected to a portable internet, and he booked tickets in advance, hoping to get supersaver discounts on the SBB, which, when we see each other, we still laugh about. (We paid for twice the price; it pays to book the tickets a day before, apparently.) My only request to Harold was a visit to The Reformation Museum. He graciously added that in the walking tour. 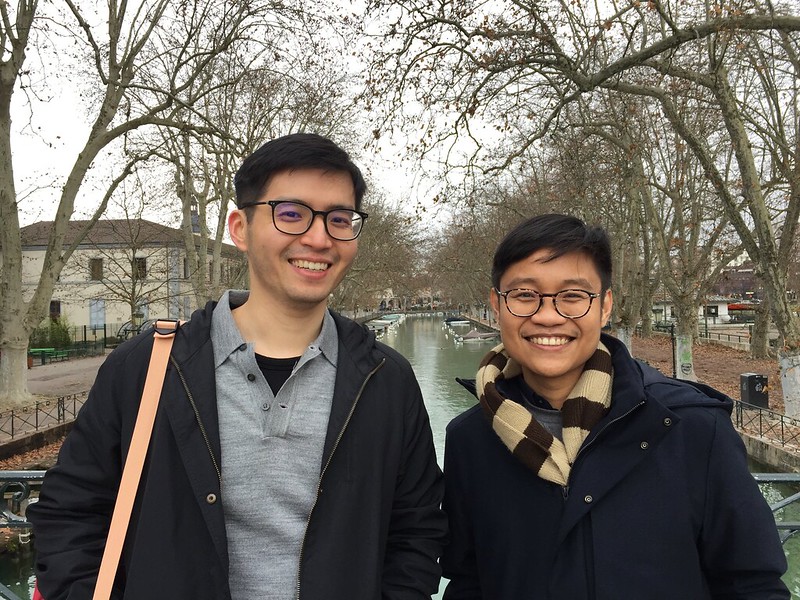 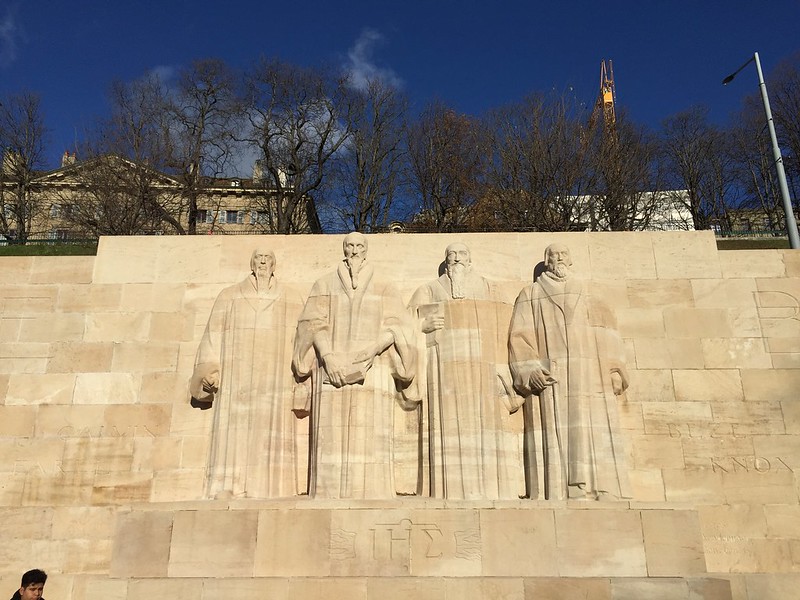 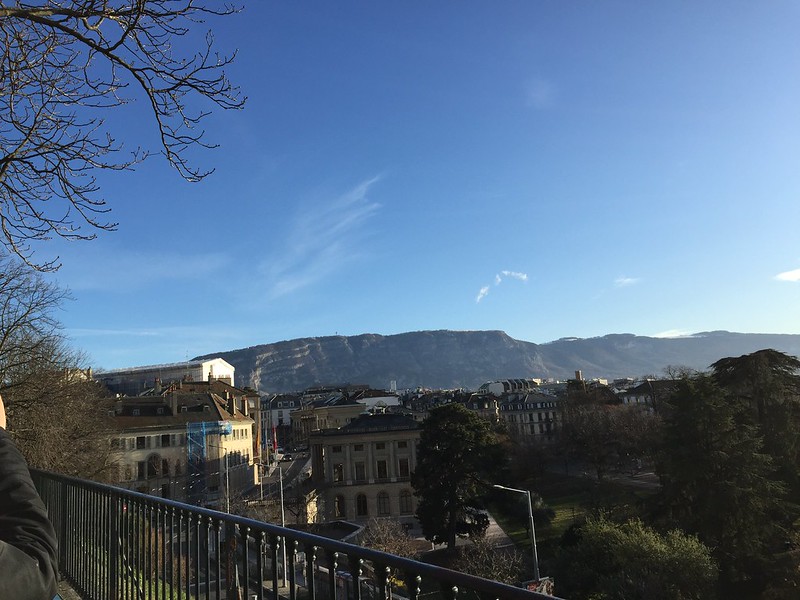 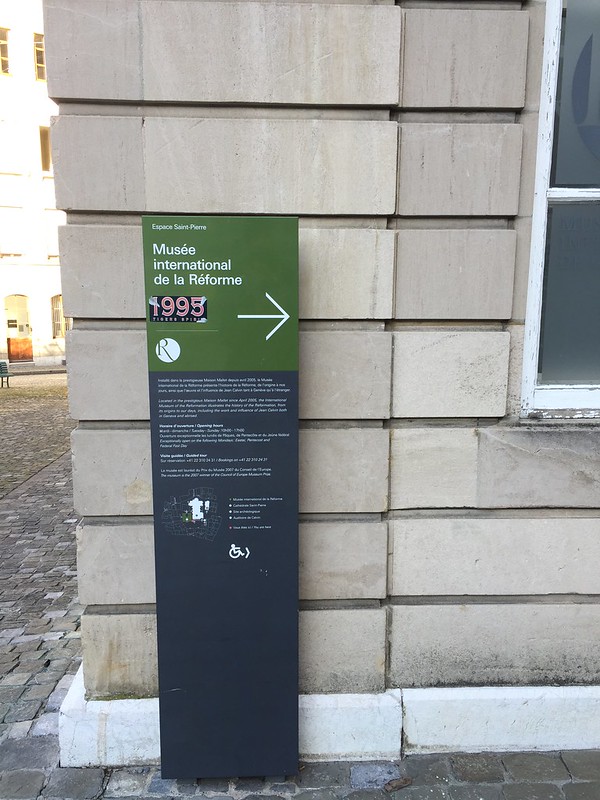 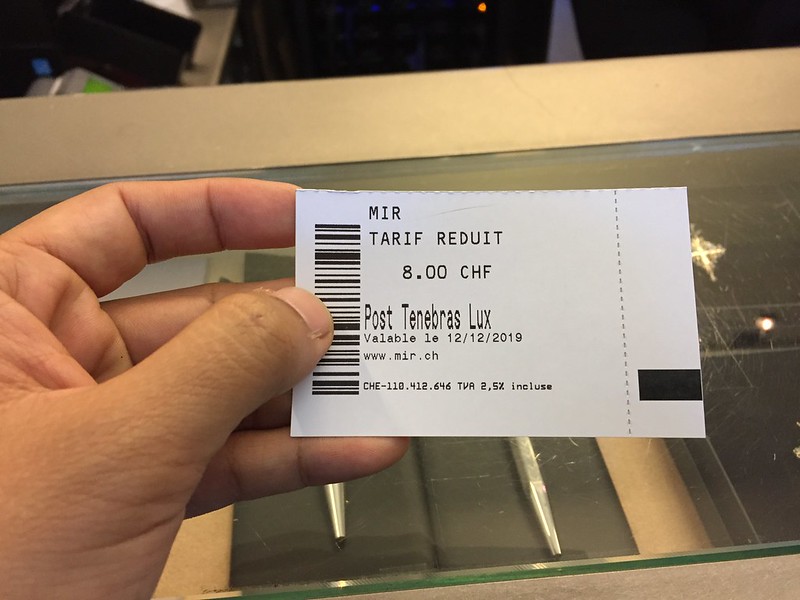 Imagine my thrill at seeing John Calvin’s letters in his own handwriting—he must have used a stub nib, with ink that looked like my Diamine Oxblood and Chrome. It was as intimate as I could get to this man who penned my favorite, “The Institutes of the Christian Religion,” where he argued that God is holy and just; that all men (and women) are sinners and are unable to save themselves, and are therefore doomed to hell; that God, in His undeserved mercy and overflowing love, sent His only begotten Son, Jesus Christ, to satisfy His justice and save men from perdition; and that by faith alone, through grace alone, through Christ alone—and not through good works, for no man is truly good—can man be truly saved. These truths of the Bible remain the bedrock of my life. Walking in the halls of the museum, and listening to the free audio guide that came with the eight-franc ticket, made me realize once again that John Calvin dearly loved his Redeemer, who had first loved him and gave His life for him. It was emotional and autobiographical—I had experienced the same spiritual conversion. From darkness to light, from death to life.

We spent one whole day with the lovely and lively Ma'am Jinky, who took us along with her to Gruyère—but that's for another entry.
adventure reading