Showing posts from August, 2019
Show all

Never in my lifetime has my fascination for writing instruments reached this level, not even comparable to my childhood days when I would find any pen and paper to practice on my signature after I had read about John Hancock's curlicues or scribble whatever came to mind, even in the back pages of Childcraft encyclopedia, much to my aunts' dismay. As any fountain pen user would claim, the fascination begins with an entry-level pen—say, a Lamy Safari, still one of my favorite writing instruments—followed by a growing interest in inks and paper. Such is the natural history of this obsession. A few days ago I ordered a Midori Traveler's Notebook (passport size) through Scribe 's online store. After reading about it, I learned that there's a cult following of sorts —an entire community of creative individuals whose passion it is to take journaling to a whole new level. Search for "Midori Traveler's Notebook" or "MTN" in Instagram or Flickr to se
Post a Comment
Keep Reading

Life in the farm on a lazy weekend

I'm writing this using Sean's powerful desktop gaming computer. I'm in his room, with the air-conditioning at full blast. He's asleep, tired after seeing a patient in his dental clinic. The keyboard is a joy to tinker with: the keys are soft, pliant, and make a staccato-like clickety sound that resembles a typewriter's. In the kitchen, Manong Ralph is baking a cake. He saw the surplus of bananas nearing their expiration date; he figured he'd whip up something for dessert. The large oven at our St. Gabriel home , which sits in idleness for most days of the year, was acquired largely to facilitate his culinary pursuits and only comes to life when he is home for the holidays, as has been the case for the past three days. Auntie Nanic (her real name is Nancy), my mother's younger cousin, lives with us and is presently assisting Manong as he prepares the batter for his banana bread, a recipe he has perfected. These days, her other two children, Lyzza and Dave
Post a Comment
Keep Reading

My brothers in yesterday’s farm visit.

Speech for Sean, our dentist

August 21, 2019
I crafted a speech for my kid brother Sean's inauguration as president of the local Philippine Dental Association chapter this weekend. Manong and I are going home for the occasion. We got new barongs. My mother said I should craft the speech immediately, so Sean can rehearse it! So typical of mother to be over-prepared in matters like this. As usual, I have a feeling she will overhaul what I've written, but when I spoke to her through a video call, she said the speech was "good." It begins with something like this: Dentists, too, have a unique role to play in society, even if much of what we do is hidden from public eyes. Ours is generally a quiet profession. Our work involves our daily routine of opening shop every day, sterilizing our instruments, checking if we have enough dental supplies, seeing, talking to, and reassuring our patients, and doing the actual dental work that our patients need. At the end of the day, we rest, we take care of our families, and
2 comments
Keep Reading

The writer Yukio Mishima Over lunch, I told my friend and colleague, Berbi , that I read a depressing story by a Japanese writer during the weekend. His thoughtful reply: "Why do you do that to yourself?" I did not know how else to respond except with the truth. "I don't know. I liked it!" I avoid series or films that feature death and suffering, with particular aversion to those that feature doctors (as if my life weren't enough exposure to all things medical), but I can only evade these things for so long. I deal with the ill, dying, and grieving in real life, so I figured that my media diet should at least veer away from these depressing themes. I entertain myself with Monty Don's Big Dreams, Small Spaces —a Netflix series on gardening—or some episodes of The Good Witch , Mad Men , the Korean Designated Survivor: 60 Days , Midnight Diner: Tokyo Stories , and Brooklyn Nine-Nine. My friend Rich King (his real name) watches a gardening show in
1 comment
Keep Reading 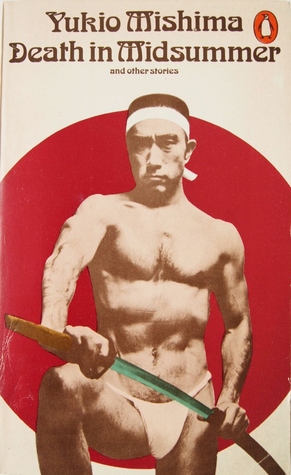 Death In Midsummer is the first story that appears in the short story collection of the Japanese writer Yukio Mishima. The story goes this way: while Tomoko is sleeping, her three children play in the beach, being watched over by Yasue, her sister-in-law. When Tomoko wakes up, she learns that Yasue has died from what seems to be a heart attack and her two children, Kiyoo and Keiko, have drowned in the sea. Three deaths in one day—and Tomoko blames herself for it. Life goes on for Tomoko. Her husband, Masaru, does not blame her for the incident. They both try to move on. During their visit to the cemetery, they are described this way: While neither of them especially thought about the matter, it seemed that the period of mourning, an relievable parade of the dark and sinister, had brought them a sort of security, something stable, easy, pleasant even. They had become conditioned to death, and, as when people are conditioned to depravity, they had come to feel that life held not
Post a Comment
Keep Reading

Didn't do much this week, save for some household cleaning and working on deliverables for the church's media ministry. I'm sharing this Korean heart-sign, a gesture I initially thought to be related to collecting money. Here's a beautiful prayer for when interruptions and disruptions happen in our daily lives, yet again from Scotty Smith's Heavenward : Heavenly Father, I’m sitting here with a confirmed seat on a 9 pm flight for Orlando, but six and a half hours later than my flight was supposed to leave. You know without me telling you, I didn’t exactly receive this delay as “an opportunity for great joy”—to use James’ words. I can give birth to a bad attitude as fast as anyone. I am grateful for your kindness and patience.
Post a Comment
Keep Reading

via Instagram My 70-plus year old patient texts me like she is writing a formal handwritten letter. She is a retired English teacher in elementary. She is one of the strongest, sharpest geriatric patients I’ve seen.
Post a Comment
Keep Reading

In the lowliness of his self-estimate

August 08, 2019
What an inestimable blessing to have friends like this, who will not leave our side when the crowd ebbs, but draw closer as the shadows darken over our path, and the prison damp wraps its chill mantle about us! To be loved like that is earth's deepest bliss! —F.B. Meyer,on John the Baptist's friends who remained with him after he was imprisoned by Herod
2 comments
Keep Reading

Korean kids in the café—so adorable!

Manila in the afternoon

This was the view from the roof deck of Bayleaf Hotel in Intramuros. From afar, Manila looked calm and peaceful. If only there were more green and open spaces. Had a great time hanging out with Aylmer, Harold, and Merv—first year fellows who are so well-adjusted they're coming with up various research ideas as early as this year.
Post a Comment
Keep Reading
More posts