Showing posts from June, 2018
Show all

America Is Not the Heart by Elaine Castillo. I’m gripped.

via Instagram Megan O'Grady of Vogue summarizes the plot . At the center of the novel is Hero (short for Gerónima), a daughter of privilege who was once destined for a high-status life as a doctor, but who ran away instead to become a medic for the New People’s Army, an insurgent Communist guerrilla group. A decade later, with a pair of broken thumbs (as well as less visible torments, like her rejection by her upper-class parents), she arrives in Milpitas, California, a San Francisco suburb where her favorite uncle, Pol, lives with his wife and 8-year-old daughter, Roni, a pugnacious playground feminist with a ravaging case of eczema. It’s the early 1990s, and as Hero comes slowly back to life with the help of Roni and her family (and eventually, a pretty makeup artist named Rosalyn), we see a larger community’s way of life, conveyed in the kind of sharp-edged noticing—“bruja” faith healers, Nestlé formula as breakfast staple, a clay model of a Spanish mission built on a pizza
Post a Comment
Keep Reading 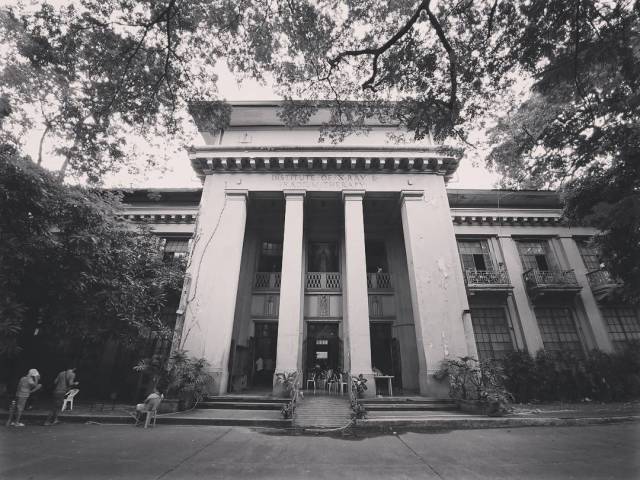 Cancer Institute, where I go to work. Photo credit: CJ Tagal Here's a beautiful piece by my friend and colleague, Fred Ting, whose blog  is fascinating. After long, draining days of seeing patients from different walks of life—people with different masses from different social classes, people whose tragedies became worse because of various herbal remedies, I realized that the discipline can not only lead to compassion fatigue but may even suck the life out of me—sometimes leaving me empty, but happy. I don't feel empty but drained. I feel like I am where I should be.
Post a Comment
Keep Reading

Manong and I were in Quezon City last night and, while waiting for the traffic to die down, we had dinner at Friuli Trattoria , an old restaurant along Maginhawa Street. (By "old," I mean it was in existence during the years 2004 to 2009). The food tasted the same. During college, eating at places like this was a luxury, reserved for special occasions, with probinsyano friends from the dorm who had enough saved weekly allowance to buy the barbecue chicken pizza, ravioli, and a glass of Coke. It still felt like a luxury last night, but the issue was not money but time. How often do I get out of my way to visit old haunts like this after a long day at the clinic? The familiar waiters, the karinderya feel, the noisy chatter of UP students with tattoos and earrings and thick-framed glasses—I felt quite at ease. How far the Lord has brought me and my brother—and my probinsyano friends! I look at my life and see His hand designing the tapestry of my history and future.
2 comments
Keep Reading

The tragedy of today's education

June 26, 2018
Graduation season is around, and Patrick Deneen's piece is a thoughtful reminder . My students are know-nothings. They are exceedingly nice, pleasant, trustworthy, mostly honest, well-intentioned, and utterly decent. But their brains are largely empty, devoid of any substantial knowledge that might be the fruits of an education in an inheritance and a gift of a previous generation. They are the culmination of western civilization, a civilization that has forgotten nearly everything about itself, and as a result, has achieved near-perfect indifference to its own culture. It’s difficult to gain admissions to the schools where I’ve taught – Princeton, Georgetown, and now Notre Dame. Students at these institutions have done what has been demanded of them: they are superb test-takers, they know exactly what is needed to get an A in every class (meaning that they rarely allow themselves to become passionate and invested in any one subject); they build superb resumes. They are respe
Post a Comment
Keep Reading

A colleague received this bundle of joy at the Cancer Clinic. Our patients are the most generous.

The stark emptiness of the prosperity gospel 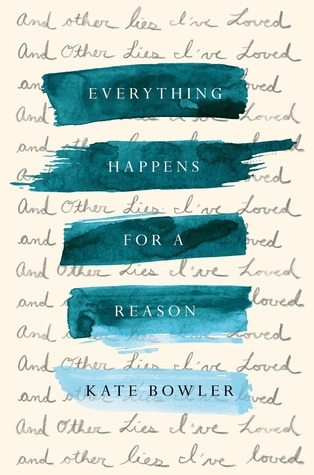 I've had the pleasure of reading Everything Happens for a Reason: And Others Lies I've Loved largely because of Bill Gates's recommendation . 1 The book is written by Dr. Kate Bowler, assistant professor of the History of Christianity in North America at Duke Divinity School. In 2013 she wrote  Blessed: A History of the American Prosperity Gospel (Oxford University Press, 2013) where she explored the beginnings of the health-and-wealth teachings that remain entrenched in American religious life. These doctrines—mostly based on the premise that God's will for Christians is that they always hold financial blessing and physical well-being—have creeped in so many local churches, even in the Philippines. Prosperity gospel revolves around faith, prayer, positive thinking and speech, donations, and miracle crusades; by having these elements, people can persuade God to deliver them security and prosperity. Dr. Bowler, in her deeply personal and affecting autobiography,
Post a Comment
Keep Reading

My stash of diaries

On a sweltering morning in Marbel I took out the old, dusty boxes beneath what used to be my bed. Where was my stash of old journals, the very same diaries my father used to read secretly, much to my dismay, to which he told me, “They were good”? Looking for forgotten things in our St. Gabriel home was—and still is—laborious. My journals were no longer in the small Rockport shoebox I had put them in last year; they were already in the top cabinets, inside a carefully sealed plastic bag, its clean, difficult knot a reminder of my father’s obsessiveness to cleanliness and organization. Our caretaker, a close cousin of my mother, said, “Ah, your Tatay must have transferred them there.” (My inability to tie my shoelaces properly—at 30 years old!—must have frustrated him.) I brought home with me two pocket journals—affordable Venzi notebooks with faux -leather covers—their acid-free pages already filled. The most recent had carefully written prayers, including one dated April 17 when I
2 comments
Keep Reading
More posts