Showing posts from August, 2013
Show all

On a gloomy afternoon

The Sea is breathtaking. Middle-aged Max Morden has recently lost his wife of many years to cancer and heads over to the seaside town where he grew up. Alone in a rented shack, he looks back at the meaning of his life and tries to make sense of it—for isn't it true that loss makes one consider what one truly possesses?
Post a Comment
Keep Reading

The things we do in the service of the sick Filipino

We labor under the impression that we are waterproof. Now let me cross this body of water, on its way to beating the Marianas Trench in depth.
Post a Comment
Keep Reading

The cure is friendship, and how to deal with bullies

August 19, 2013
THE CURE (1995) is about two friends, unlikely friends, who search for the cure for AIDS. They meet each other when Erik (Brad Renfro) jumps to the other side of the white fence and sees Dexter (Joseph Madello) for the first time. Erik's first reaction: "Wow, you're a midget." Dexter quips that he's within the normal range statistically. They hit it off instantly. Don't most friendships begin just like that? It starts with a common like or dislike, and progresses to something deeper and more meaningful.
Post a Comment
Keep Reading

Woody Allen's Getting Even: on Mafia and wiretaps

I'M HALFWAY through Getting Even by Woody Allen, his first collection of humorous stories and essays. "A Look At Organized Crime ," first published in the New Yorker in August 1970, is the perfect companion to understanding the dynamics of the Italian-American mob in the hit TV series, The Sopranos . (I'm watching the series now. The soundtrack is intense. The accent is infectious.) It is no secret that organized crime in America takes in over forty billion dollars a year. This is quite a profitable sum, especially when one considers that the Mafia spends very little for office supplies. Reliable sources indicate that the Cosa Nostra laid out no more than six thousand dollars last year for personalized stationery, and even less for staples. Futhermore, they have one secretary who does all the typing, and only three small rooms for headquarters, which they share with the Fred Persky Dance Studio.
Post a Comment
Keep Reading

IT'S NOT every day that I get to see my high school friends. Throughout the years some of us have migrated to Manila for study or work. But although we are in the same city, we live separate lives and only see each other when we go home for Christmas in Koronadal. When Willie Loyola, who often flies here for monthly meetings, asked if I could make it to our mini-class reunion, I immediately said yes, even if it meant taking some hours off my precious post-duty sleeping time.
3 comments
Keep Reading

On kids, broken bones, and forgiveness

August 15, 2013
THE GIRL, about seven years old, came to the ER with a sling on her right arm. Her father held her other hand. She wore a white blouse and maroon skirt—her uniform—and bore minor abrasions on her knees. " Ano ang nangyari ? (What happened?)" I asked her.
Post a Comment
Keep Reading

Leo Tolstoy's The Kreutzer Sonata: when a man kills his wife 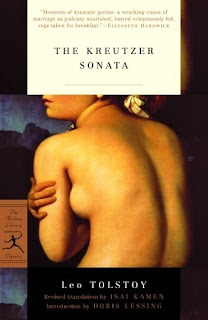 IF LEO TOLSTOY were alive today, and if he were born a Filipino, he would've made a profitable career out of writing scripts for modern-day soap operas. He understands Pinoy psyche. Consider, for example, The Kreutzer Affair , which I read last weekend. As Tolstoy's commentary on the marriage institution, it has this familiar plot: a jealous husband who murders his wife out of rage and hatred. Marital murders and quarrels are the bread and butter of prime time news. The emergency room isn't spared from them, either: last night I saw a bleeding patient who was stabbed by his wife with an ax ( bolo ) while he was sleeping.
Post a Comment
Keep Reading 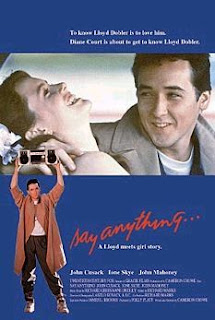 IF YOU'VE seen Easy A (2010) you probably remember the scene where Olive Penderghast (Emma Stone) pines for someone to woe her. Towards the movie's end, while Olive is doing a live broadcast on webcam, her long-time crush "Woodchuck" Todd (Penn Badgely) lifts his speakers, whereupon a song is heard, Emma looks out her window, and sees the man of her dreams.
2 comments
Keep Reading

August 09, 2013
— My HPIs* contained at most two compound sentences. Charting that day gave me so much pleasure.
2 comments
Keep Reading

Charles Dicken's Great Expectations: the Joes and Herberts of our lives

I READ Charles Dickens for comfort. His writing is simple, his plots are straightforward, and his characters jump out of the page, making indelible marks in my memory, and occupying familiar, cozy spots in my heart.
Post a Comment
Keep Reading

The price of procrastination

August 06, 2013
THE PRICE of procrastination is hard to bear. For more than a year I did not bother updating my OS, when it could've been just as easy as pushing the Update Manager button in my desktop's upper right corner. Why was I so lazy?
Post a Comment
Keep Reading

REHAB ends in two days and our free time with it. The past two weeks have been nothing but restful. After two months of IM, it was just what we needed. The available free time, for one only goes on 24-hour shifts twice (and for some, even once), has allowed us to get to know each other. If you read this blog, you probably know that apart from the twins who eat like anorexics during lunch, we pretty much have insatiable appetites.
Post a Comment
Keep Reading
More posts