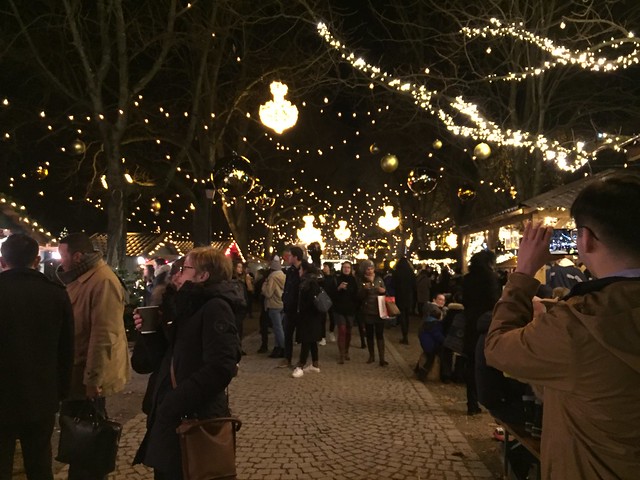 Because Geneva is a quiet city for serious people—a realization Harold and I had while figuring out the bus stop to the city center, concluding that this calm neighborhood was the city center!—we chanced upon what looked like a Christmas Market after alighting from the Place de Neuve stop. We were figuring out our way around this small city, confident that we wouldn't pay anything because we got free city passes from where we were staying.

"That seems interesting," I told Harold, directing him to a park lighted with Christmas lights. The sign read, Nöel aux Bastion. Harold, at this point, could still not get over the fact that our hotel room was upgraded to a suite on the seventh floor.

"Game," he said. "Pero parang walang tao." We decided to give it a go as we had nothing else to do.

We were surprised at the liveliness of the atmosphere. There were, in fact, people. They were huddled over fires to ease the cold. They lined up for raclettes and cheese fondues and chocolat chaud. They spoke in rapid-fire French, of which I only understood bits and pieces—this over warm cups of wine (vin chaud). There were even babies wrapped in down jackets, sucking their pacifiers. Their first Christmas. 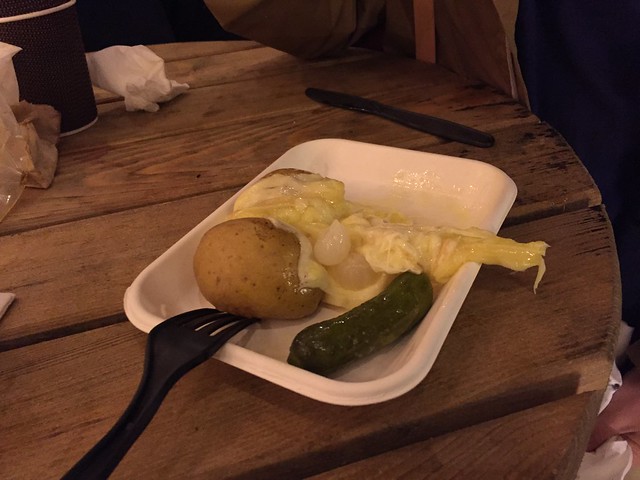 I was intrigued by the Christmas trees, dotted with lights and decors, that flanked the corners of the pathway. "Siguro, totoong puno ito," I concluded. I pulled out some of the needles. They were not made of plastic. My mother would be so thrilled.
adventure