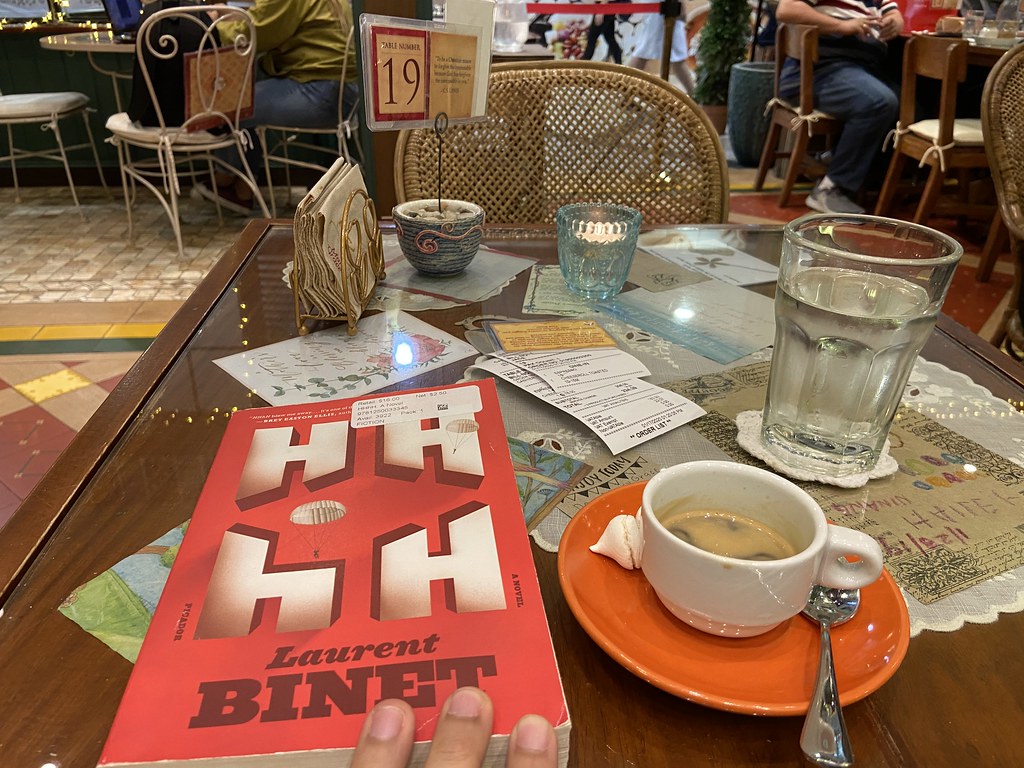 Found myself at Booksale SM Manila and bought a secondhand copy of Laurent Binet's HHhH, translated in English by Sam Taylor. HHhH stands for Himmlers Hirn heist Heydrich or "Himmler's brain is called Heydrich." The novel is told from the POV of a nameless author. It starts rather boring, but the rhythm picks up—a uniquely riveting book. It's about the assassination attempt against Reinhard Heydrich, Hilter's trusted hand in implementing the final solution to the Jewish question. It's not for nothing that Heydrich was called the Blond Beast and the Butcher of Prague—he was determined to execute all Jews, convinced of his Nazi ideology, in total loyalty to Hilter's Germany. I'm more than halfway through the novel, and I'm in now in the part where Jozef Gabčík and Jan Kubiš jump off the plane with parachutes, part of the clandestine Operation Anthropoid of the Resistance in Czechoslovakia: they will assassinate Heydrich himself. I'd already seen the film and heard the tour guide in Prague that the story doesn't end well—the two young men will die in the attempt.

The novel brings to mind my brief exploration of Prague, one of the most beautiful places I've ever been to. The memories burned in my memory enrich my imagination as I flip through HHhH. I wonder how it is pronounced, though—"Ash Ash Ash Ash," perhaps, as the French pronounce "H"?