Manila is empty on Christmas morning: a documentation of our post-duty walking tour

December 25, 2015
AFTER NOT BEING able to sleep last night—there were few admissions, but they were difficult, complicated cases—my friend Jeremiah Vallente and I hurriedly rushed out of the hospital after the morning endorsements.

"So what do we do now?" we asked ourselves after we deposited our bags in our rooms.

On Christmas morning, Manila is peaceful. The roads are devoid of cars, the sidewalks of people, as if a virus has made everyone disappear. I like it.

Because we had all the time in the world, we strolled along Padre Faura Street. I pointed La Solidaridad to Jere—a small bookstore that houses rare titles. It's owned by the Filipino novelist F. Sionil Jose. On weekdays, during lunchtime, he can be seen inside, ready to sign autographs if you buy any of his books. 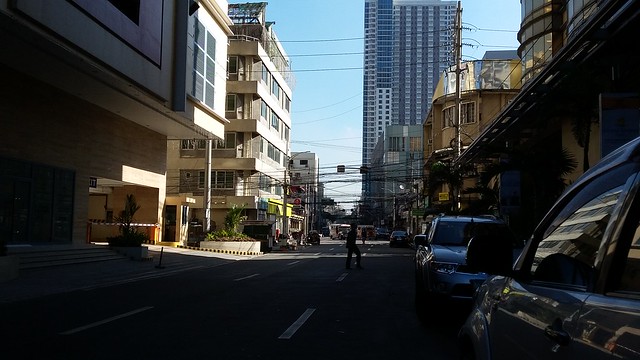 The restaurant we meant to dine in was closed. Except for Jollibee and Starbucks, pretty much all of the establishments weren't open; the tenants and owners must have been asleep from their Christmas Eve revelries. We were both surprised at what we saw because we were seeing Manila with fresh eyes. At 9:00 AM, the morning was still cold, the air fresh, and we stopped for a few blocks to take photos with our phones, amused that while we were killing idle time, some people were left in the hospital.

We turned left to Roxas Boulevard and found it, to our pleasure, empty. We stopped by the nearest Starbucks so I could buy a freshly brewed hot coffee then resumed our leisurely walk. "I should have bought a bike," Jere said, to which I replied that Manila isn't a bike-friendly city. Jere mourned the fact.

There were new buildings everywhere. 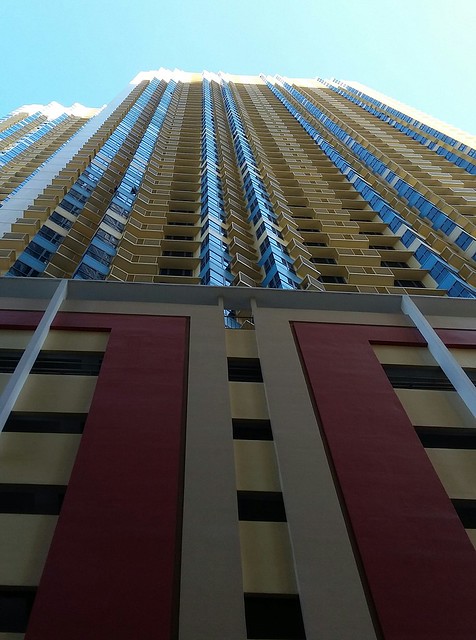 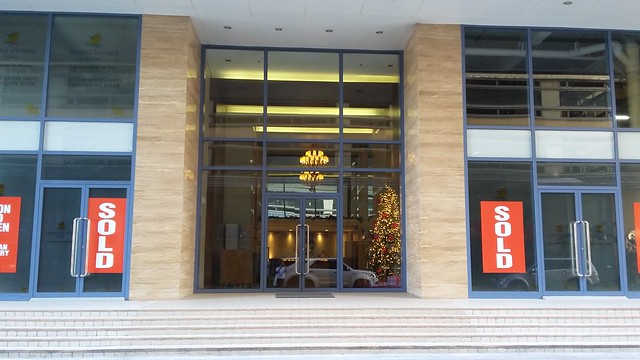 We decided to walk where our feet would take us, hoping we'd find any restaurant open that was willing to feed us. Meanwhile we took random photos. 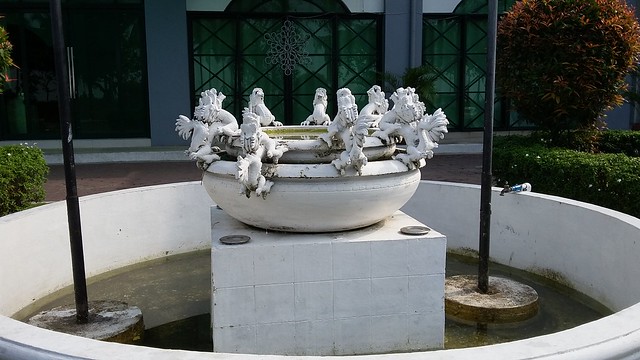 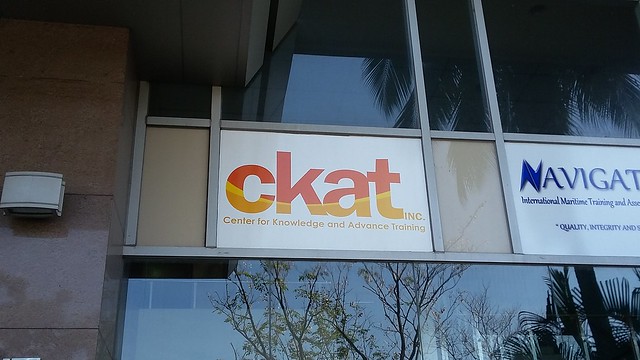 The leaves looked tired and weary. 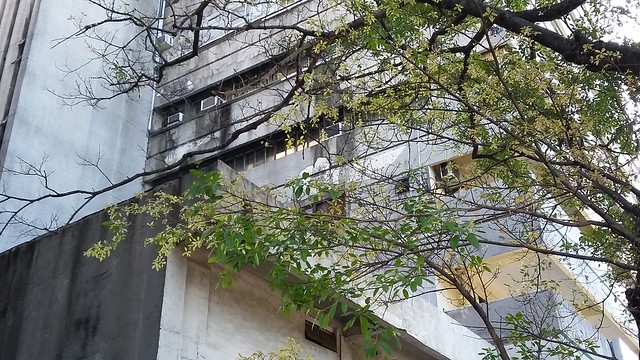 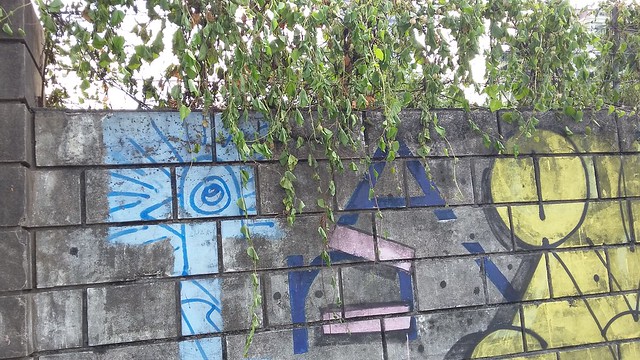 We eventually reached Remedios Circle and realized Café Adriatico was near. Thankfully it was open. 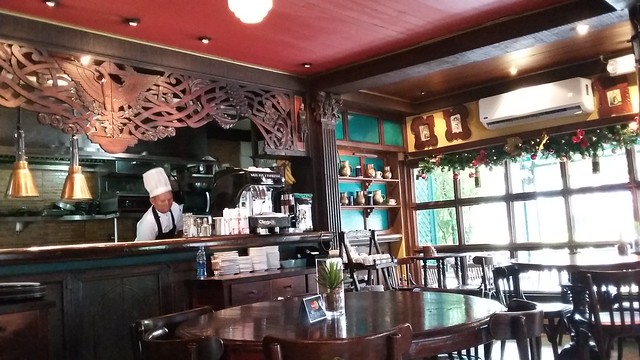 I ordered bacon and eggs, with hot chocolate on the side. Jere had Vigan longganisa, the closest thing he has to the experience of coming home to Santa Catalina, Ilocos Sur, where he grew up. 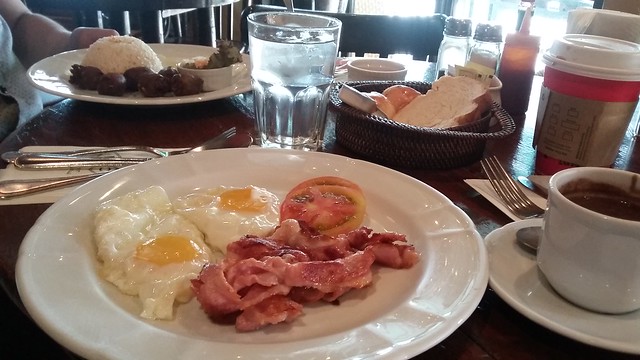 The hot chocolate, made from concentrated tablea, reminded me of the tsokolate I had in Iriga City, when my block mates and I visited the Catangui ancestral home in 2011. 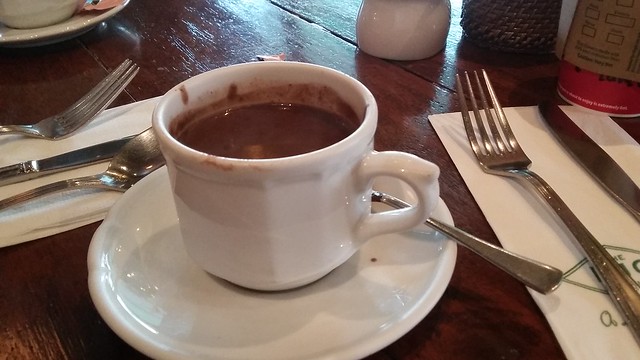 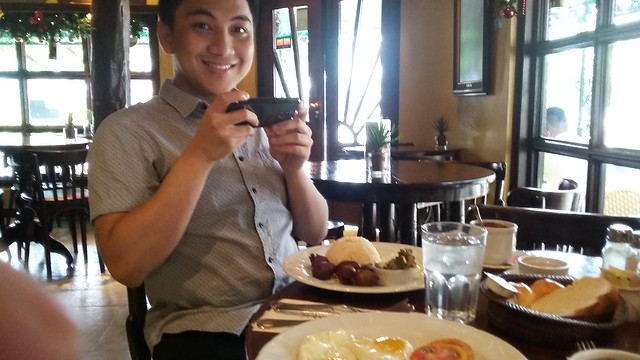 What a morning.
journal photography