Night out with my lunch buddies

December 30, 2015
FINALLY, we have proof that Casti Castillo is alive. Thanks to Carlo de Guzman who organized the meet up, I've reunited with some of my lunch pals during med school. How this group was formed is a mystery to me as well: perhaps it started one day in 2009 when, disinterested as we were in joining fraternities, we decided to eat lunch together, gathering at the BSLR Lobby to go to Chicken Charlie or Wham Burger at Robinsons. They were voracious eaters, fun to be with, and such great people that it did not take long for me to call them friends.

Lunch at Midtown Diner (ca. 2013), where Bon, Casti, and Brazy were discussing whether requesting a CBC was appropriate. We seemed to have all the time in the world then. 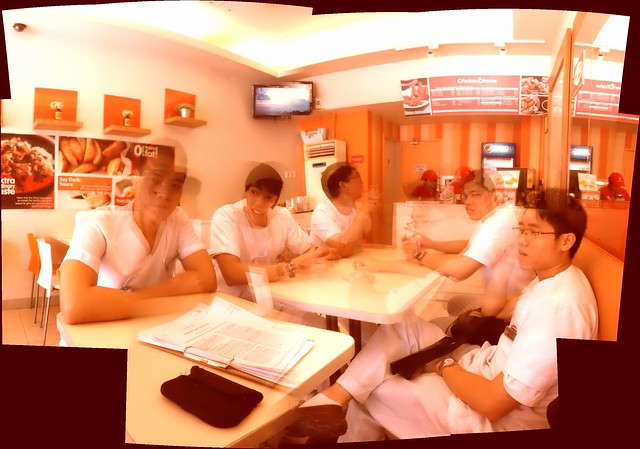 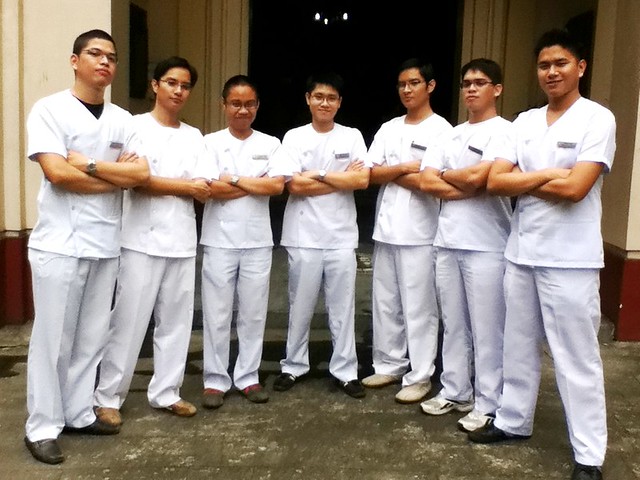 Taken 2011 in front of the UP College of Medicine building. I was the shortest.

Dinner was at Nihon Bashi Tei. Dessert and coffee was at Café Adriatico. All in all, a great night with Aljur Ferrolino, Carlo de Guzman, Casti Castillo, and Bon Buño. 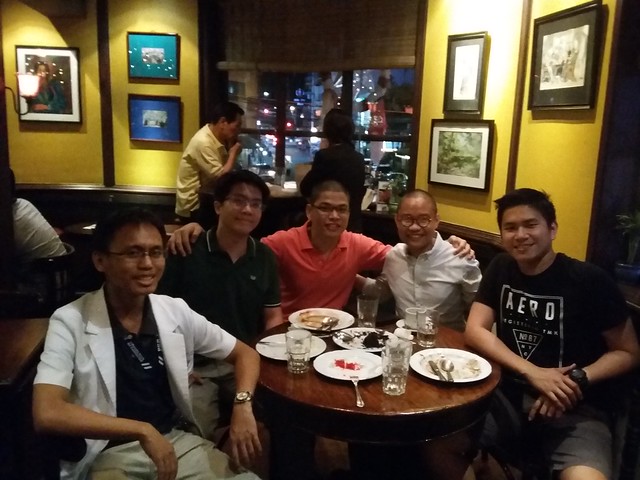 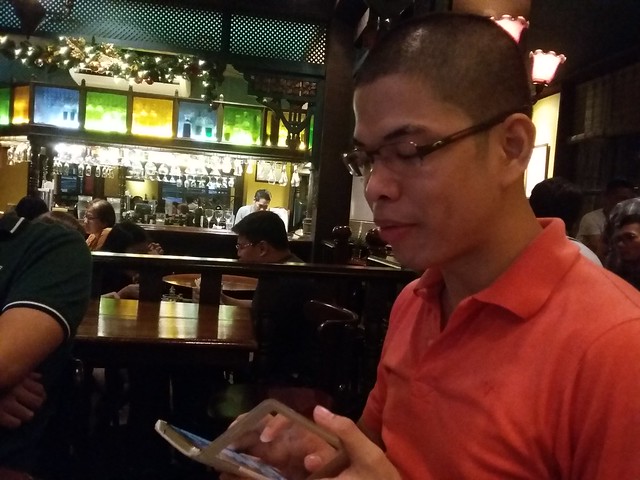 Aljur and Carlo are training to be an ENT specialist and a radiation oncologist respectively. 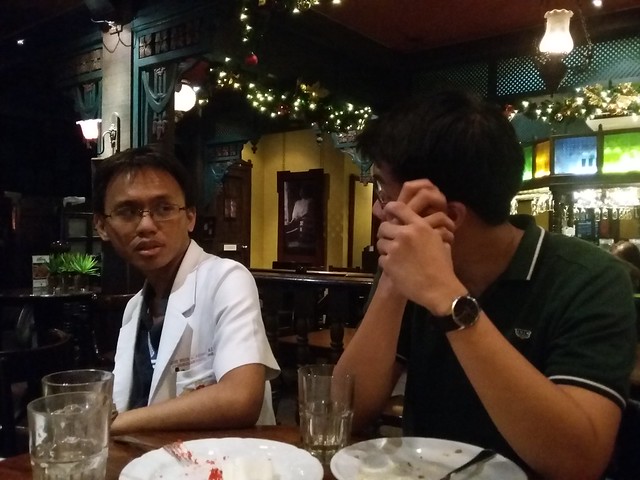 Bon Buño is our future ophthalmologist; he promised to do yearly retinal detachment screening on me. 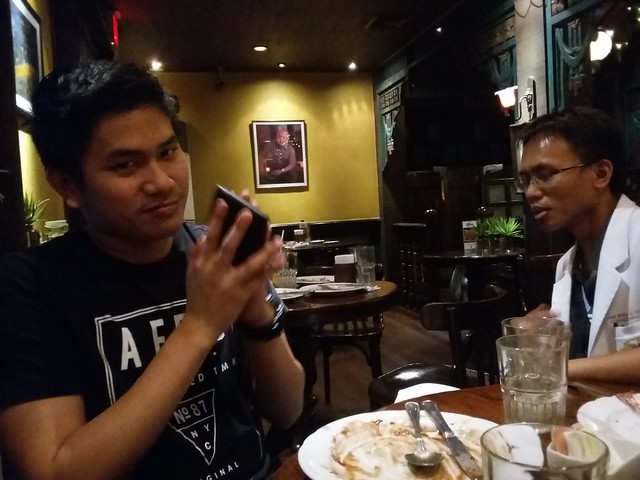 They all love what they do, and I'm mighty proud of them.
journal medicine photography