Journal of a Lockdown No. 20

April 01, 2020
In a private chat group with my brothers, the topic of "What's Cooking for Dinner" came up. I was in a hotel then, my supposed mandatory self-quarantine, and it was the kind of accommodation that did not have room service. Even if it did, I would not be able to afford it. To get something to eat, I could head to the nearby 7-11; beside it was Ministop. While my brothers were sharing pictures of their culinary concoctions--Manong's pininyahang manok, Sean's pork humba--I salivated at the thought of a home-cooked meal. In front of me was reheated fried chicken from the convenience store and four cups of sliced peaches in syrup for dessert. Growing up, we did not have family traditions around the kitchen. We ate whatever Tatay thought of cooking for the day. And he was particular that we had a good dose of fruits, vegetables, and fish. For lunch, we'd usually have anything sinabawan (with soup): my parents operated on the belief that anything with sabaw was healthy--never mind the fact that oil was floating above it, or that salt was dissolved in it.

To have brothers who know their way around the kitchen is one of my life's greatest blessings. As I enjoy what they prepare, I am bombarded with reminders, such as, "You should learn how to cook; it's a life skill." Sean, three years younger than me, would say something like, "You're too old and you don't even know how to use a stove." Which is true. I am afraid of exploding stoves, largely because of a patient I cared for in clerkship. His wife and four children died after their gas range exploded. His wife was pregnant; the baby died, too.

But I'm not entirely useless. I am the designated taster. As he adds the seasoning as the final touch, Manong would tell me to come over, "Here, try this."

"Add more salt," I would say, to make his killer adobo even more delicious. I know how dishes should taste; I don't know how to create them. I am, in a sense, a passive culinary Machiavellian.

Sean would rather shoo me away. I disturb his process.

I have pininyahang manok for dinner. I reheat it using the steam from the sinaing, the closest I get to actual cooking.

Food doesn't run out for the healthcare workers, thankfully. Filipinos are wonderful. They are gifts that keep on giving. During my hospital stint, I was able to have free lunch thanks to an anonymous donation by a colleague's aunt. The staff at the Cancer Institute distributed the food packs to nurses, nursing aides, manongs and ates, and the admitted patients and their families. 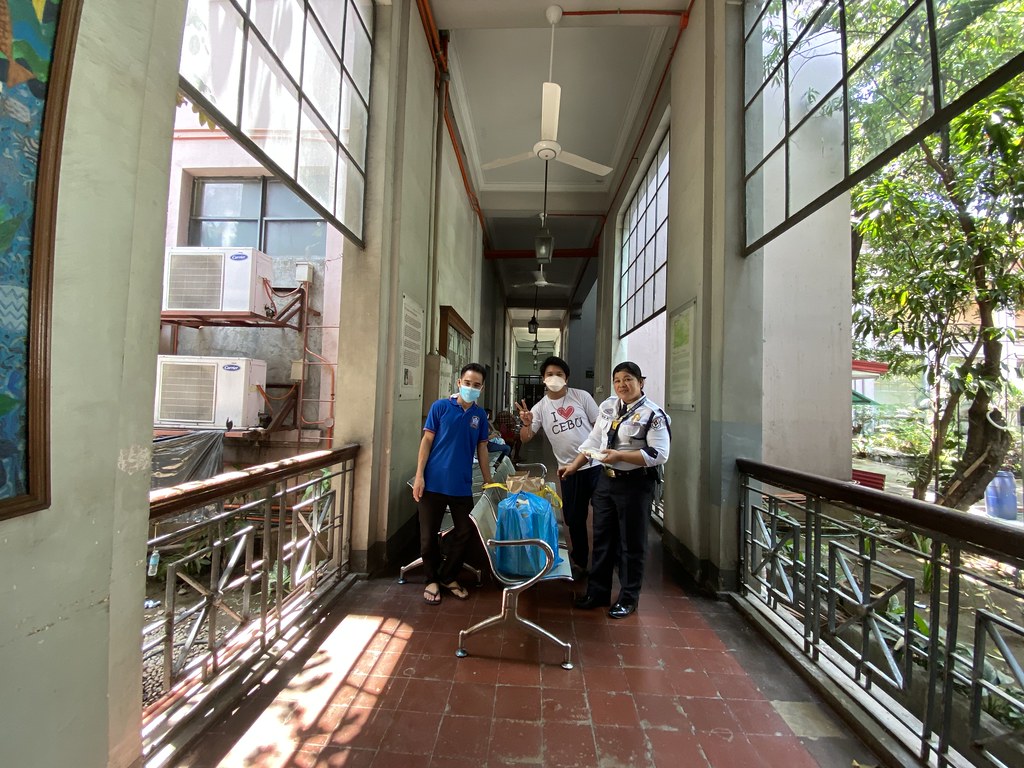 And yet there are the poor and needy who are most affected by this pandemic.

The Quezon City Police District in a statement said the protesters, who are residents of Sitio San Roque, were arrested at a portion of EDSA in Barangay Bagong Pag-asa around 11 a.m.

A video posted by DZRH on Twitter shows the violent dispersal of protesters conducted by the QCPD. One of them can be seen being dragged by authorities, while being berated for participating in the protest.

They were protesting because they were hungry. Feed, not arrest, them.

It's day one of April. Thank you, Lord, for taking us this far.
daily family