Journal of a Lockdown No. 7 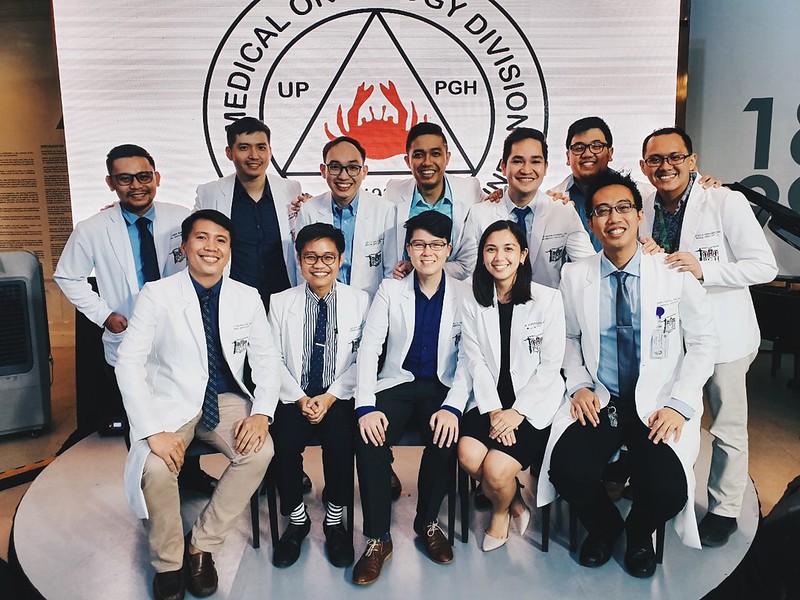 Staying at home, indoors, is becoming the new normal. Maybe that's a good thing, a part of the community's coping mechanisms: people are getting creative, finding ways to work from home, catching up on their reading backlogs, and so on. (At least, those who can afford to do so.) Because the lifting of the lockdown is still a few weeks away,  we need to create healthy habits for our body, mind, and spirit, and not let this so-called locked-down lifestyle push us into uselessness. The hardest parts are usually the beginning and the end.

These final weeks of March mark the end of my fellowship training in medical oncology! I have been preparing myself and my patients for the inevitable goodbyes as early as January. I have told my patients that a new doctor will care for them the next time they will follow up.

The release of the list of new fellows accepted into the training program seals the fact of this finality. The roster was made available many days ago, but I have only learned about this today. So much for social media distancing. I had never felt so left out (and it's largely my fault!). I'm thrilled for this new breed of medical oncologists and wish them all the best. They will not regret their decision.

I would have wanted to attend the send-off dinner, don my sablay for the official graduation portraits, or have the final group photo at Room 107. But the present extraordinary circumstances do not allow these rituals. And so fellowship training gradually ends, not with a bang, but with a quiet sizzle, eclipse by the greater global problem of this viral pandemic.  I don't know how I feel exactly: a combination of nostalgia (these past few years have been life-defining for me) and dread at the thought of a new life ahead.

I wish I were able to break the news face to face to some patients whom I had not seen in the past few months. But we are where we are: locked down inside our homes, the most heroic thing anyone can do at this point.

One-legged cancer patient walks from Masinag to checkpoint to get to PGH, at GMA News Online.

From the checkpoint, Esperitu said someone will pick her up to bring her to PGH.

Esperitu only has one leg and walks with the help of crutches.

Francis Collins, US NIH director, speaks about the coronavirus, his faith, and an unusual friendship (via the Atlantic). It's one of the best things I've read this week.

Collins also spoke about civic responsibility and the importance of selflessness in the midst of a pandemic. “I think we as a nation have to get into a place of not just thinking about ourselves, but thinking about everybody else around us, and particularly the most vulnerable people—those who are older and those people with chronic diseases. Young people may have a relatively low risk of serious illness, kids seem to have a very low risk, but if you want to avoid what could be the deaths of hundreds of thousands of people, then it is incumbent on all of us to severely limit our social interactions. We need to ask the question about every interaction we have, and whether it is necessary or not. I’m going to speak very strongly about that. Obviously, people do have to get food in the house and do other absolutely essential things, but beyond that, we should be volunteering to engage in the most stringent kind of isolation.”

The next parts of the article talk about his life and faith.

Collins once told me in a private conversation what those who know him best can testify to: Helping people who are suffering has always been a commitment. That was part of what explained his shift in focus from physical chemistry to medicine. “Although I loved the experience of working in quantum mechanics and wrestling with second-order differential equations, it was lonely,” he said. “It did not have that kind of human connection that I was beginning to long for. And that did drive me then to seek another way to explore science that was going to be more sociable, but also more devoted to outcomes that would help people who were suffering—and medicine was the perfect path to go down, even though it seemed like quite a dramatic departure from the career trajectory I had been on.”

It also talks about how he came to believe in God.

Growing up, Collins’s religious instruction was limited to being sent to the local Episcopal church choir to learn music, “instructed by my dad to ignore the rest of it, which I did,” he told me. In college and then graduate school, he found himself moving from the category of agnostic to atheist. “I would have challenged anybody who wanted to bring to the conversation some discussion about God. I would have asserted they were basically stuck in some past era of supernaturalism that is no longer necessary, because science has eliminated the need for it,” is how he put it to me. But the time came when, as a third-year medical student, he was no longer learning about the human body in a lecture hall; he was sitting at the bedside of people with terrible illnesses, most of which physicians had imperfect methods to be able to help.


“Watching those individuals’ fates, what was going to be coming soon, the end of their life, I was trying to imagine what I would do in that circumstance,” Collins shared with me. “This was in North Carolina, and there were a lot of wonderful individuals, many of them having had relatively simple lives, but lives that were totally dedicated to helping other people. Many of these people were deeply committed to faith. I was puzzled and unsettled to see how they approached something that I personally was pretty terrified about: the end of their lives. They had peace and equanimity, and even a sort of sense of joyfulness that there was something beyond. I didn’t know what to do with it.”

“It made me realize that I had never really gone beyond the most superficial consideration of whether God exists, or a serious consideration about what happens after you die.”