December 23, 2019
There's a passage in Anton Chekhov's Peasants that illustrates the struggle of old people. 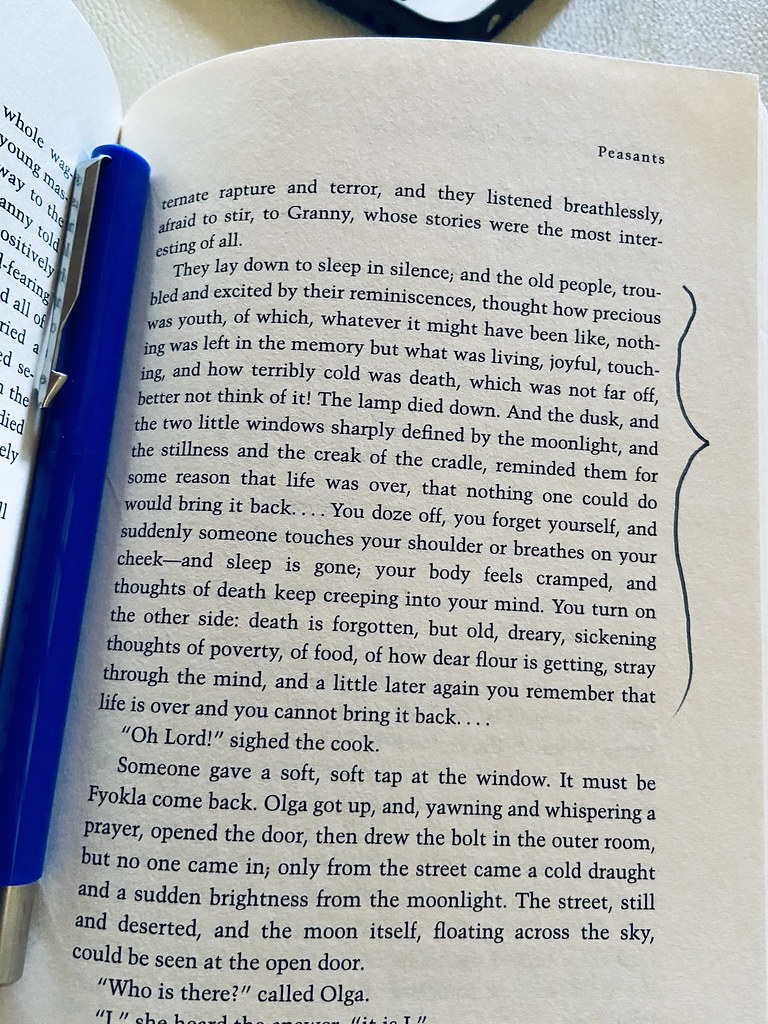 For this break, I've alternated between Isak Dinesen's Out of Africa (via Kindle) and Chekhov's Peasants and Other Stories (NYRB Series, which I had bought at Solidaridad).

I've been meaning to begin driving lessons, after my brother Sean convinced me it's a life skill and I couldn't rely on him always to drive me around. I don't mind taking the tricycle to get me places, to be honest. But I called the driving school, it requires a lot of paperwork, I left all documents in Manila. I suppose I will just ask Sean to take extra patience in teaching me: he has a tendency to get irritated at my lack of manual dexterity, in the same way that I am prone to make harsh, often unnecessary critiques of his written paragraphs.
daily reading