Highlights from The Ngong Farm, the first chapter of Isak Dinesen's Out of Africa 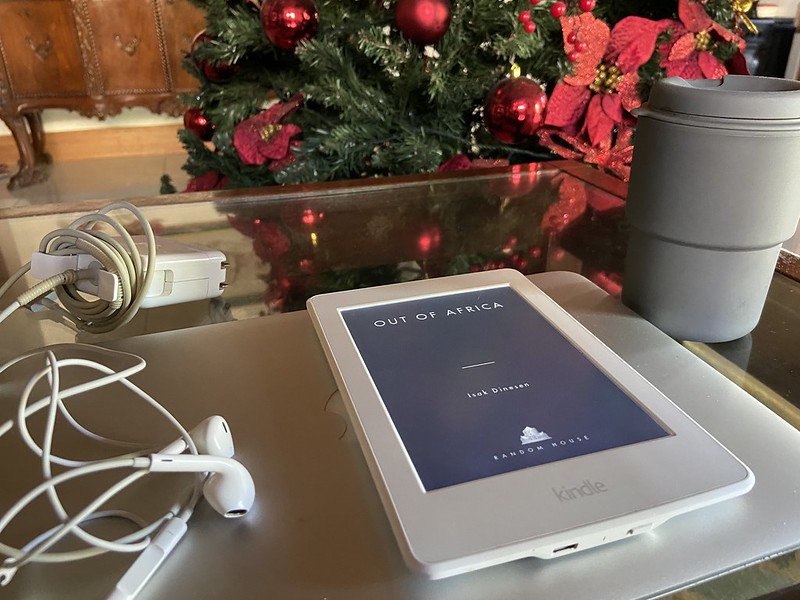 Although I never really grew up in a farm, it holds a special place in my existence. (Related note: A few years ago, my brother surprised my father with an article in the Philippines' largest newspaper, his surprise for Father's Day.) It was with a distant familiarity that I read Isak Dinesen's Out of Africa, definitely one of the best books I've read this year. Under a pseudonym, Baroness Karen Blixen, who was born and raised in Denmark, wrote of her life in Africa. She would live there for many years, even after her divorce from her husband who was unfaithful to her and, at some point, gave her syphilis. This is never mentioned in the book; the silent parts are just as important. The reader will marvel at Baroness Blixen's restraint, a rare jewel to be found in the age of Facebook oversharing. Inspired by Jason Kottke, I'm posting book highlights from the first chapter, The Ngong Farm, as they appear in my Kindle. I will be posting some more highlights in the next days, with a few personal notes.

Location 123 (about farmers dreaming about farming—my relatives do this during reunions. "Let's start a fishpond!" is a common subject of our family gatherings):


All the country round Nairobi, particularly to the North of the town, is laid out in a similar way, and here lives a people, who are constantly thinking and talking of planting, pruning or picking coffee, and who lie at night and meditate upon improvements to the coffee-factories.


Loc 169 (about the observation that you are shaped, in a sense, by where you live):


It is impossible that a town will not play a part in your life, it does not even make much difference whether you have more good or bad things to say of it, it draws your mind to it, by a mental law or gravitation.


Loc 222 (about the familiarity of the landscape, even the smallest of details):


Camping-places fix themselves in your mind as if you had spent long period of your life in them. You will remember a curve of your waggon track in the grass of the plain, like features of a friend.


Loc 258 (about the fact that we are not alone—there are others quite like us, but different):


The discovery of the dark races was to me a magnificent enlargement of all my world.


Loc 285 (about the difficulty of understanding others, try as we might):


It made me reflect that perhaps they were, in life itself, within their own element, such as we can never be, like fishes in deep water which for the life of them cannot understand our fear of drowning.


Loc 299 (about the need for familiar human company. Baroness Blixen would, in later chapters, become friends with the "Natives," and her descriptions of her interactions with them revealed a woman so fascinated with the company she had kept):


At times, life on the farm was very lonely, and in the stillness of the evenings when the minutes dripped from the clock, life seemed to be dripping out of you with them, just for want of white people to talk to.