The author, who died on Saturday, “had a knack for language of every variety,” our critic Dwight Garner writes. “His books hum with the flavorful and recondite language of espionage.”


On a recent Saturday morning in February, two dozen or so scent hounds streamed through the streets of St. Buryan, a small village in Cornwall, England. Behind them drifted a loose formation of men and women perched atop well-groomed horses and wearing boots, breeches and hunting coats. As the fox hunt clopped through town, John le Carré, the pre-eminent spy writer of the 20th century, sipped from a paper cup of warm whiskey punch, doled out by a local pub to riders and spectators. At 81, he remains an enviable specimen of humanity: tall, patrician, cleanlimbed, ruddy-complected. His white hair is floppy and well cut, so much so that the actor Ralph Fiennes, who starred in the 2005 film version of le Carré’s novel “The Constant Gardener,” badgered him for the name of his barber.

Here's an old paperback of Tinker Tailor Soldier Spy owned by Auntie Badid, my mother's close friend and source of many books I read in childhood. 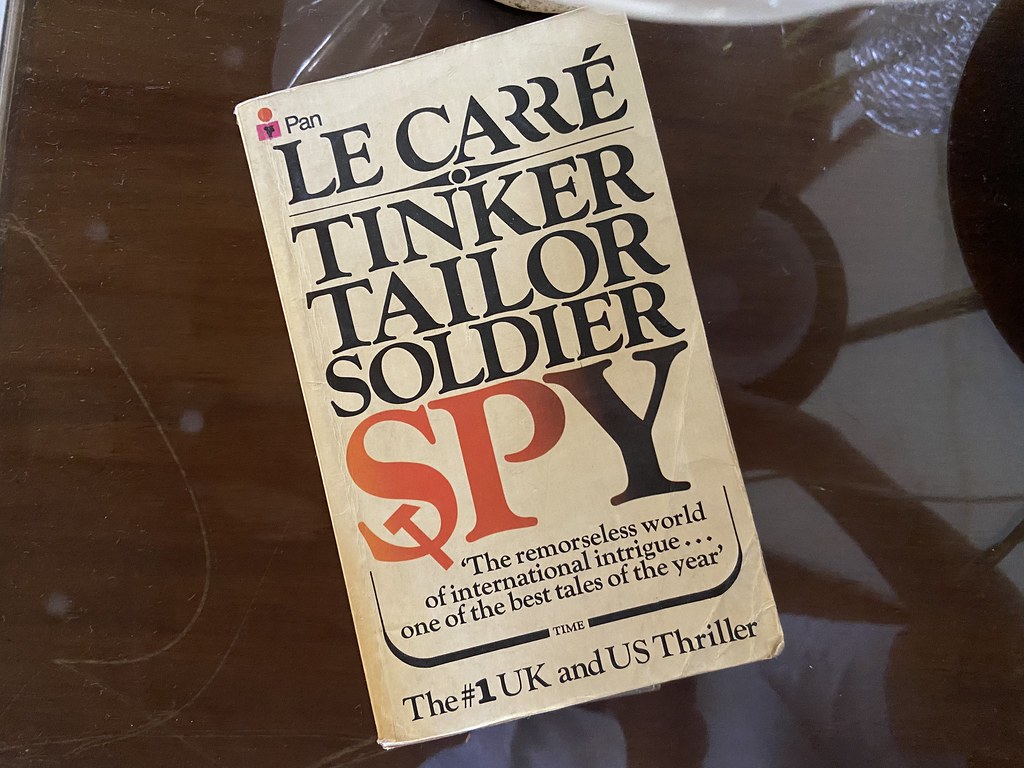