Trapped in a church 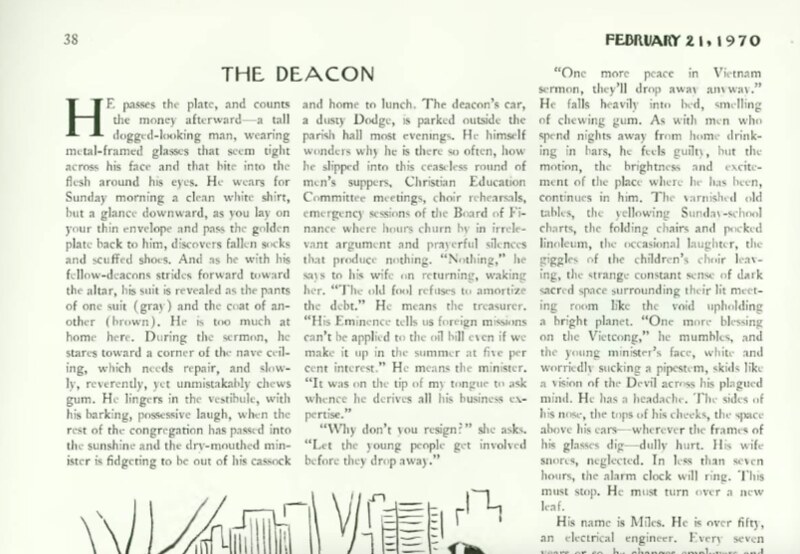 John Updike's Deacon before bed. The story is about a churchgoing 50-year old named Miles (the deacon) who finds shelter in an empty church during a storm.

Yes, the deacon sees, it is indeed a preparation for death—an emptiness where many others have been, which is what death will be. It is good to be a home here. Nothing now exists but himself, this shell, and the storm. The windows clatter; the sand has turned to gravel, the rain has turned to sleet. The storm seizes the church by its steeple and shakes, but the walls were built, sawed and nailed, with devotion, and withstand. The others are very late, they will not be coming; Miles is not displeased, he is pleased. He has done his part. He has kept the faith. He turns off the lights. He locks the door.

I believe death is not emptiness but a passage to fullness and glory. But I love this story—the language of faith and solitude, the descriptions of Protestant churches and liturgy, the sense of community. In the story's final paragraphs, I pictured being alone inside dark halls during rain storms.