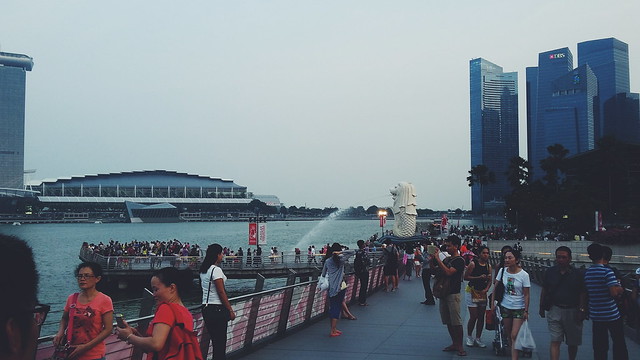 AS A CHILD I only knew of Singapore through its flag (there was a time when I memorized all the flags of the world—the era, for instance, when Czekoslovakia was still an entity) and through the hanging of Flor Contemplacion, then the highlight of national news. Since then I’ve had friends who’d visit the city-state occasionally, just for a few days, and never longer than that, to shop and dine and attend conferences, convenient excuses for free travel. For the last three to five years I’ve had friends, too, some very dear to me, like Kuya John, who have relocated there for work. The pay is better, the living conditions much more humane, and it’s only a three-hour plane ride from Manila.

I decided to visit Singapore on my week-long leave out on a whim, thanks to my brother Ralph who encouraged it. “What about Singapore? Let’s visit John,” he said. That night, without fanfare, and with the sole request that I must escape the country, lest I lose my mind; our tickets were booked—never mind that my passport was expiring and had to be renewed as soon as possible.

Weeks turned into days, and by the time I realized I hadn’t printed the tickets yet, I was already on my way to NAIA Terminal 1, carrying a light backpack, which could’ve been a metaphor for my leaving the excess baggage of my life back home. No more rounds, no more patients to see, no more charts to write on. Save for the hysterical cries of toddlers seated a few rows from mine (their ears must’ve been popping from the change of atmospheric pressures), the early morning flight went smoothly. I even got to sleep for a couple of minutes.


At Changi Airport, arguably the best in world, a fact made much more palpable by the fact that NAIA is the worst (and for good reason); my brother and I were greeted by our Singaporean hosts, Uncle Micky and Auntie Lydia Foo. My brother has known them through a close friend from work. 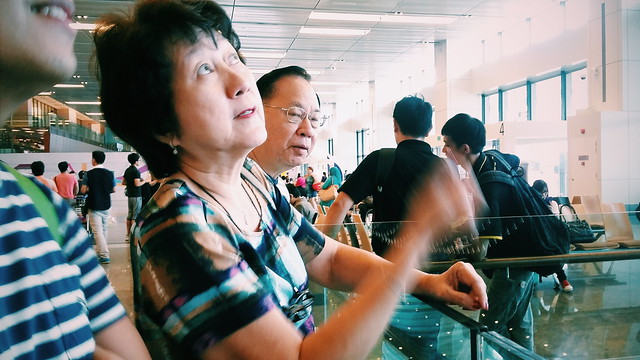 They took us backdoor to eat at the employees’ canteen at the airport where we were treated to steamed vegetables with tofu, and satay—noodles with coconut milk. 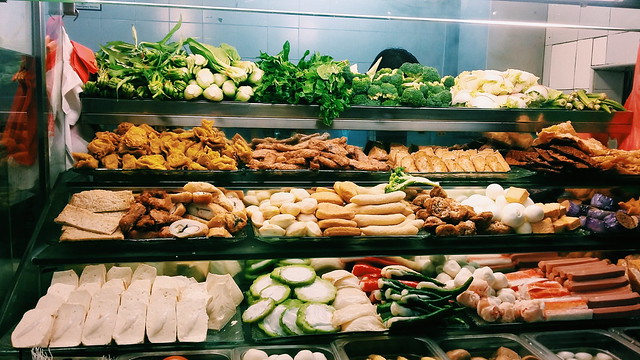 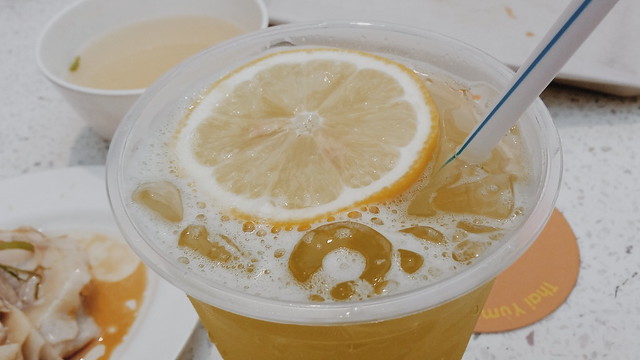 Sugarcane juice, which I got addicted to.

They drove us around the city. 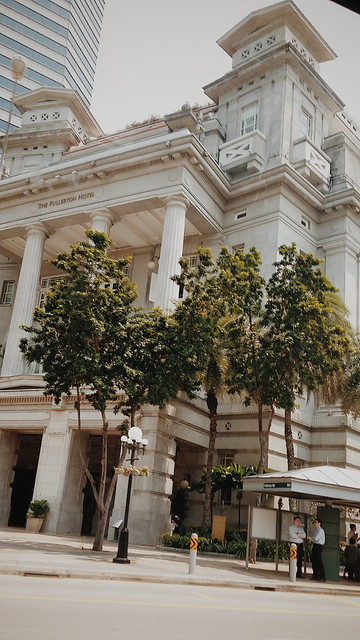 The Fullerton Hotel, an imposing landmark.

What shocked me at first was how seamless the trip felt like, as if we were on expressways during the holidays. There were trees everywhere, too, with hardly any posters or ads or obnoxious photos of grandstanding politicians on the side. Clearly this was a place where everything worked—where sparks on the railway, messing up the train schedules, make for a national calamity. 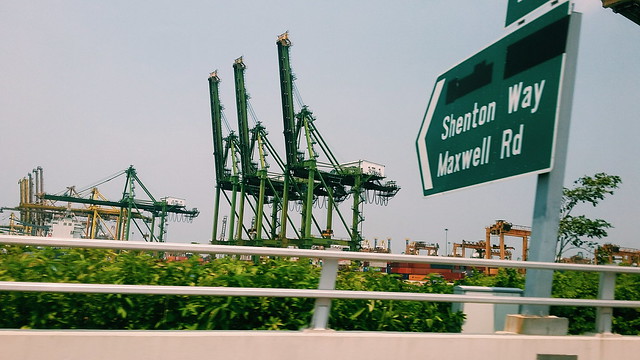 One of the highlights of this trip was getting to know the Foos. They are second/third-generation Singaporeans who still, in a way, remember what Singapore was like when it had started. “Like the Philippines,” Uncle Micky said, who stressed the importance of good governance and political willpower. At the Marina Barrage, where they brought us first, we saw feats of Singaporean engineering—the fact that they filter and recycle their used water for drinking because they don’t have much natural resources to begin with. They brought us to many places—the East Coast Beach where Uncle Micky told us about his fishing hobby; the nearby hawker center where Auntie Lydia lovingly insisted that we try everything, including the stingray and oyster-with-egg; the Punggol East Park where I saw the oil refinery stations and lights from nearby Malaysia—“Look over there,” Uncle Micky said—so near yet so far. The best thing, hands down, was being invited to their home, getting to know them, having meals with them, and seeing Rufus and Buttons, their two dogs. We are forever grateful for their warm Christian hospitality and generosity. 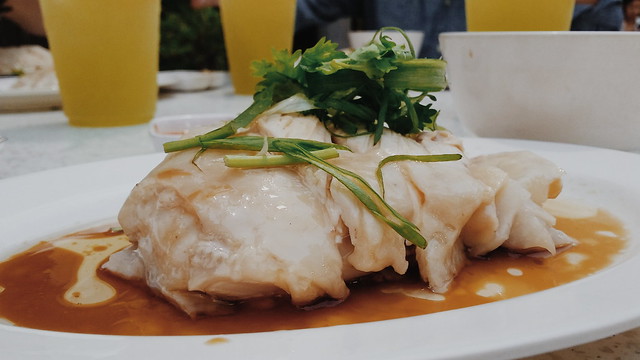 On our second day we headed to Thomson Drive, near Sembawan Hills, where Kuya John lives. Uncle Micky, having the entire day free, drove us there himself. The condo—which Kuya John shares with his brother Jaja and his high school friends from way back, Kuya J. I. and Ate Fran—felt so homey that my first impulse was to lie on the couch and watch Kris TV, the show playing on TFC. “I watch Kris to relax,” Kuya John said. 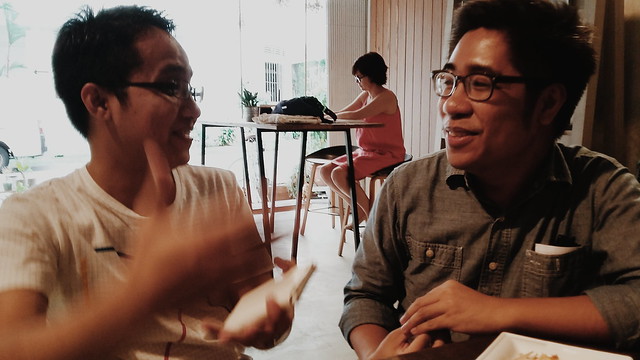 I had no other expectations for the trip; the fact of my physically and mentally leaving the hospital was already enough to uplift my spirit. I said I was already happy, too happy in fact that I could terminate my four-day stay and not feel bad at all. So when Kuya John asked what I wanted to do, I said, “Well, anything.”

And that launched our stress-free trips to the Orchard Road malls, to the Lower Pierce Reservoir, just behind their condo; to the museums and libraries where we saw bespectacled Singaporean children slaving away with their laptops and notepads; to Tiong Baru and the most hipster bookstore I’ve seen (“Books Actually”); to the Marina Bay Sands and Merlion, where I had my mandatory photo (and which I shall never publish here—too tourist-y), just to cross it off my list. We got home at around 7, and were asleep at around 8. I felt like I was in a coma. 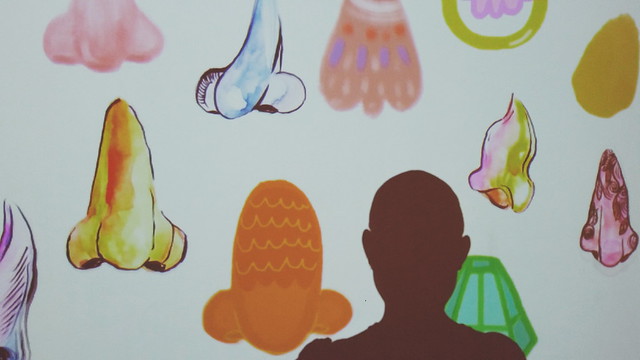 A silhouette of myself at an art installation at the Esplanade, the closest thing I had to a selfie. 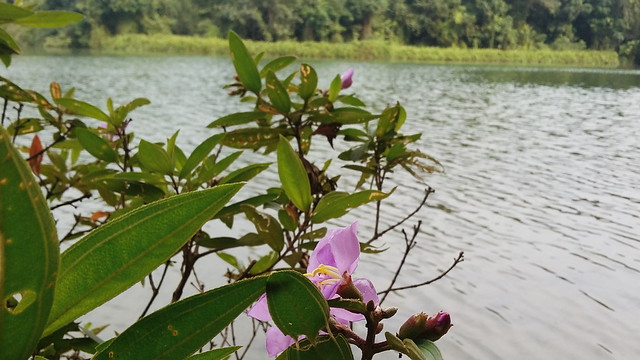 Calm waters at the Pierce Reservoir, just a stone's throw away from the condo where we stayed. 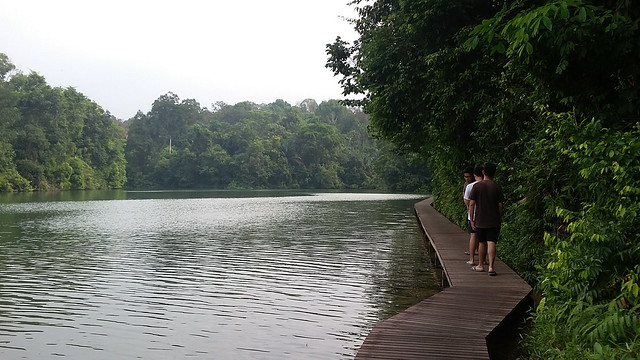 Wala pa kapanghilam-os, nagdayan-dayan na dayon, as if if were UP Diliman all over again. 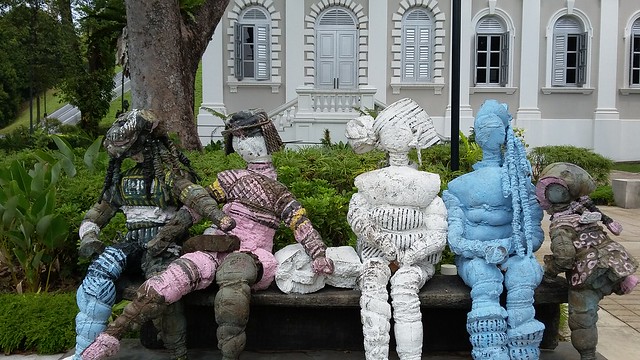 Art installation in front of the Singapore National Museum. 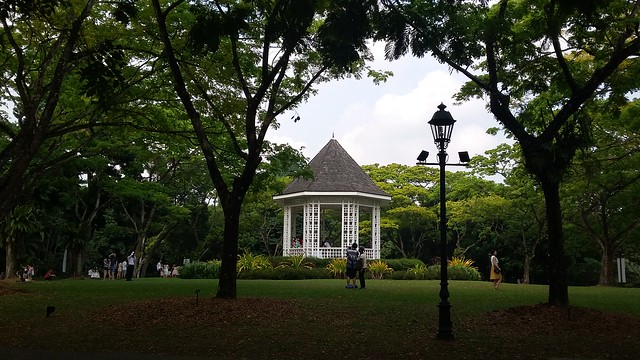 Gazebo at the Botanic Garden.

I would wake up at around 7 (very late, by my standards), pray and meditate, and do some leisure reading—Elena Ferrante’s The Story of a New Name and John Bloom’s Things Not Seen—before doing anything else. 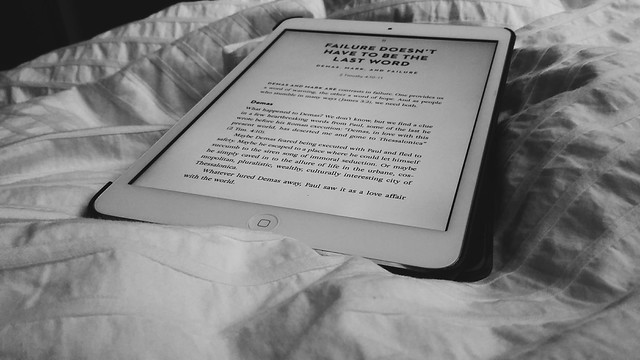 On the third day, we went to the Zoo, this time with Jaja, our resident veterinarian, so he could give us deeper insights into, say, the mating practices of flamingos, the neck bones of giraffes, and the shiny coat of the pygmy hippopotamus. 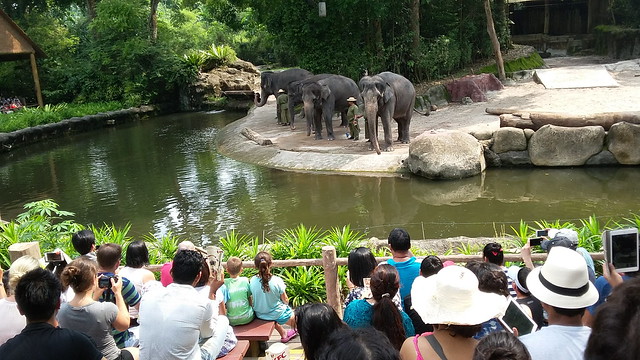 On the fourth day, we went to the National Museum, the National Library, and the Botanic Garden. That night we met with the Cobradors, our neighbors from St. Gabriel, Koronadal City. Ate Tin and Kuya Edward Marquez have been working as doctors in Singapore for two years now. They treated us to ramen at Somerset. We mostly had fun reminiscing our childhood days—those sticky afternoons spent under the santol tree, and the delicious polvoron Auntie Norma would serve us. 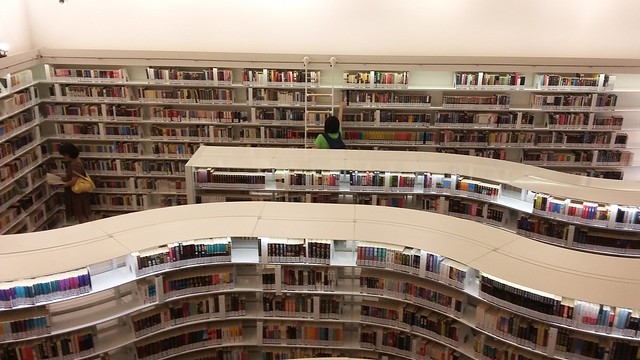 Books at a library in Somerset Road. 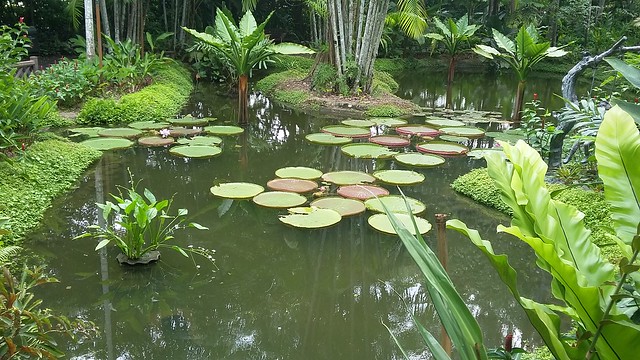 We flew back to Manila this morning--the polluted, corrupted Manila where nothing works; a place we've nevertheless called home for the past ten years. As I’m writing this, I am just a few hours away from getting back to my old life. I am thankful for friends and friends who are practically family for hosting and touring us around. Most of all my heart is filled with gratefulness to God for this brief episode of respite, He being the Giver of true comfort and rest. “ . . . For He is good, for His steadfast love endures forever.” (Psalm 139:1).