The first paid job of my life 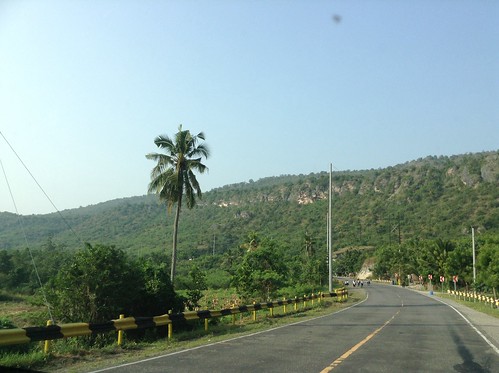 THE FIRST paid job of my life was in a small infirmary in a coastal town along Sarangani Bay. I started working as doctor-reliever yesterday. My father, excited to see his son finally face the real world after years of studying, drove me to the hospital. My mother insisted that I bring a towel and a blanket, in the loving way that mothers nag their grown-up children to do the most illogical things. Tatay dragged my grandmother and my two other uncles with us. To the casual observer we must’ve looked like a family on a field trip, sans the embarrassing tarpaulin.

This October I will do 24-hour shifts every Monday at Maasim Municipal Hospital in Maasim, Sarangani Province. The last time I had been there was more than 15 years ago, when my Auntie Bic got married. It’s about an hour away from General Santos City; two hours from Koronadal City, where I live. The roads are smooth, with hardly any vehicles, save for motorcycles and rented vans—a relief from the deplorable traffic condition in Metro Manila. The drive is leisurely, perhaps one of the reasons why I agreed to work there: the panoramic view of the sea makes it worth the effort.

I knew about the job opening when Auntie Bic, affiliated with the province’s health office, told me that Sarangani needed—still needs—doctors to man primary health care facilities. I immediately said yes. Besides I wanted adventure. Above all I wanted to be involved in local health centers, to see how patients from the grassroots level are managed and cared for. I submitted my application requirements in Alabel and was hired on the spot.

I did rounds on some 30 admitted ward patients in the morning. There were three small wards, which were nothing quite like the busy PGH wards I had been used to. I manned the Out-Patient Clinic in the afternoon. Meanwhile I was intermittently called to the emergency room to attend to lacerations, abdominal pains, vomiting, and diarrhea. I was not accountable to any attending doctor—I was the consultant, a fact that scared and excited me.

Maasim is a small fishing town. Most of the residents speak Bisaya, a language I can speak but not too well. There were some Ilonggo speakers there, too, which was a relief. I encountered patients who spoke native Sarangan or Muslim dialects; I resorted to sign language or requested for translators, who probably misunderstood me, because, when I asked a patient if she had abdominal pain, she seemed to tell me she did not have cough.

A highlight of my first day on the job (and I was told that 24-hour shifts there were expected to be uneventful) was the consult of a man who was arrested for shooting an old prominent political figure in broad daylight that morning. The police wanted to get a medical clearance from any available doctor in town. It happened to be me. With so many bystanders looking at me from the hospital’s perimeter, even to the point of taking a video of me doing the routine physical exam, I almost felt like a celebrity. I hope I'm never called to testify in court.

I spent most of the evening inside my call room, but I had a few consults before midnight.

Just when I was already packed, ready to go home, the nurse asked if I could attend to a delivery. I capped my 24-shift with cutting the umbilical cord of a healthy baby boy.

Not bad for a first timer, don’t you think so? Praises be to God!
medicine