Roddy Doyle's The Commitments: listening to the soul of Dublin 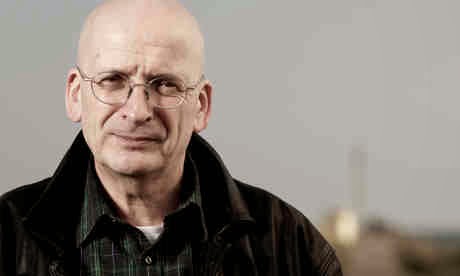 I FIRST HEARD of Roddy Doyle through The New Yorker Fiction Podcast hosted by the magazine's fiction editor, Deborah Treisman. The guest on the show was Dave Eggers, a writer in and publisher of McSweeney's, a literary magazine. In that episode, Eggers read “Bullfighting,” Doyle's short story about friends from Dublin who go to Spain for a quick vacation. The story kept me entertained throughout my hour or so of commute from Manila to QC a few months ago. What intrigued me then was Eggers's statement that although he is not a completist, he has read everything written by Doyle.

Since then I've explored bookstores for any of Roddy Doyle's novels or his short story collections. National Bookstore didn't have any copies of his work, so guess where I found one: in a booksale at KCC Mall of Marbel, Koronadal City. I immediately devoured the novel, “The Commitments”—the first half at a coffee shop in the mall, the second half in my bedroom, in less than a day. It says nothing about the speed of my reading because it is a short book, the first of The Barrytown Trilogy, set in the north of Dublin, Ireland.

Reading “The Commitments” was a lot like eavesdropping on a group of friends—in this case, friends who start forming a band. They don't know what songs to sing. They don't even know what to name the group, until they talk to Jimmy Rabbitte who knows all about music. Jimmy becomes their manager. He gives the band a name: “The Commitments.” It is through Jimmy that they figure out what kind of band they're going to be: the soul of Dublin. Soul, according to Jimmy, is about two things: sex and politics, two themes that are going to be the highlight of their music. They're all wide-eyed, enthusiastic, ready to conquer the world.

A stranger approaches them; the man is called Joey “The Lips” Fagan. He plays the saxophone. He has massive experience, having performed with world-renowned rockstars, musicians from the States and Britain. And they all fall for him. He is like their mentor. Their initial reservation that Joey is practically as old as their fathers is dispelled by his charm and smooth talk.

Doyle is a master of dialogue, and it shows in the easygoing, conversational, unpretentious statements that his characters make. He is also an extremely funny guy. His characters are warm, sometimes angry, but usually hilarious. The reader, all too familiar with their quirks and passions, can't help but love them and root for them.

For a Filipino reader largely unfamiliar with the Irish accent, the novel may be a challenging read. My advice is to read it slowly—give yourself up to two or three chapters—and then it gets easier. It's a lot like reading William Faulker (who is, to my mind, unparalleled in the American southern accent), except that Doyle is light-hearted and cheery, like a breath of fresh Irish air.
reading