My first Christmas Eve in Manila

January 02, 2014
2013 WAS THE year I was going to spend Christmas Eve in Manila, the first time without family. I was feeling rather depressed—my appetite gone, my mood lonely, my mind fixed on Koronadal—and it didn't help that on the morning of December 24th, Gary V's Pasko Na Sinta Ko was played on my patient's phone while I was doing blood extraction. I wasn't exactly on the verge of tears, but I longed for home like a Filipino OFW in Kuwait.

How was I going to spend Christmas? I had a few things on my list. My church's Christmas Eve concert at 5 PM, then dinner with the Visda family in Fairview. I'd be home by 9 PM, ready to sleep through Noche Buena in my apartment. I had a 24-hour shift at the Ambulatory Clinic the next day and needed all the rest I could get.

The church concert was beautiful. I didn't expect it to look like a concert—the lights were colorful, the stage was propped up, and the venue was packed that so many people were left standing. The songs spoke of the coming Messiah. Jesus Christ is the Good News—He came to die for and save sinners like us. The message was timeless and personal. Beside me was Tita Malou whose husband was recently diagnosed with brain metastases. In between choruses we talked of God's infinite mercies. I was so encouraged by it all—the songs, the preaching, and our talk—that I was reminded of an article by Dr. Albert Mohler that I had recently read, "And Them That Mourn”—Celebrating Christmas in the Face of Grief and Sorrow. I met with old friends from church, as well. What joy! 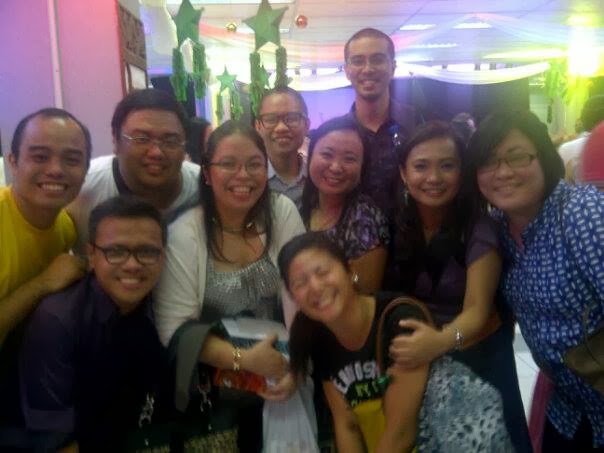 Mommy Linda Visda, a kind lady in church, had invited me two weeks before to join her family's noche buena after learning that I was spending Christmas alone. I said yes, part of me wanting to try her famous kare-kare that friends from church always rave about. I promised I'd go look for her after the concert, but she was nowhere to be found that day.

I was ready to go home until I saw Ate Milaine Espino, who asked me where I was spending Christmas Eve. Without hesitation she invited me to join them instead—the Fernandos and Espinos—to which I said yes. I didn't have anything else to do any way, so why not? At that point I thanked the Lord for bringing me to Higher Rock, a small church where everyone practically knew everyone else. It has been my church for 10 years already. My real family was away, but God had given me a spiritual family in Manila. And the thought of me eating with them—that was a real bonus!

So I sat at the backseat of Brother Gene and Sister Shirley's car, and they made me feel so at home. During the trip they asked me who else in church was spending Christmas Eve alone. They were intent on picking these church members up to invite them for dinner. Nobody else surfaced apparently—other people had plans of their own, which was just as well.

I was the lone outsider at the Fernando and Espino Christmas celebration, but they made me sit at the dinner table, offering me great food and conversation. I got to taste Mommy Lucy's delicious macaroni salad, made more sumptuous by the sprinkling of pineapple tidbits. There was ham and cheese and some barbecue meat that had the perfect sweetness and moisture. I had good laughs with Ate Maricar and Mommy Attie Espino. And I was so surprised that Ate Manette Fernando, the church pianist, used to be a math major in UP! Before I left Brother Vance and Ate Milaine, among my favorite church couples, gave me a Wayne Mack book as a Christmas gift.

At 11 PM I got a call from Mommy Linda, asking where I was, profusely apologizing for not making to the Christmas concert. So she had me picked up from Tandang Sora, and I was blessed to be attending my second Christmas dinner engagement in Fairview.

Ate Kelly Visda, Mommy Linda's youngest daughter, emerged as chief party organizer, taking on the role with excitement and joy like she was born for it. Kuya Ogo's prayer as 12 midnight had struck was beautiful—a spontaneous narration of the Christmas message, filled with thankfulness and praises. Everyone was moved by it, and God had used it to stir us up to a proper understanding of why we celebrate in the first place.

Minutes later I was ushered in to the dinner table with fellow "outsider" Ate Anj Nepomuceno who had interesting stories about her own family's Christmases in the past. I say hi to Ate Anj and Ate Peachy in church occasionally, but that night was an opportunity to get to know them better. I also met the Visda family—brothers and in-laws and nephews and nieces and all—and realized, at the very outset, how genetics plays a major role in how people look: they all looked and sounded alike! 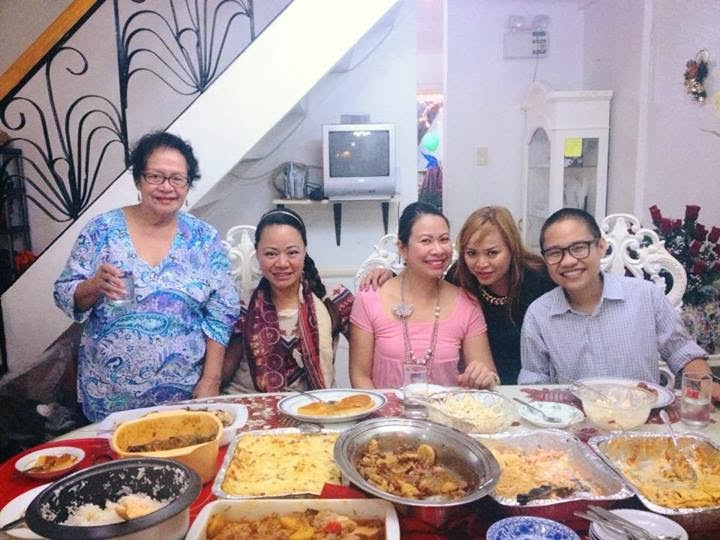 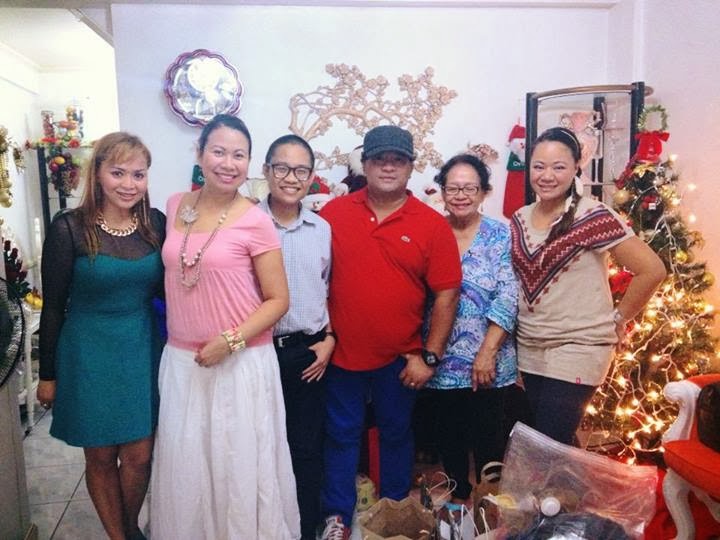 True enough, the Visda celebration was a riot—oh, I was so blessed to be there! The kare-kare blew me away. Then there was the salmon wrapped in cream cheese (or something of the sort), pasta, salad, and leche flan. With all the food before me it was unfortunate I had a small stomach to take all those in. I was not prepared for the gift-giving, which happened after dinner time. My stomach hurt from all the laughter. I was surprised that I got a new shirt and a book at the end of it all. It was 3 AM already. I hadn't had sleep yet, but everything seemed all right with the world.

I couldn't thank these brothers and sisters in the Lord enough—for adopting me during the time when I needed company, and for being wonderful testimonies to the grace and goodness of God. God has surely blessed them to be a blessing to others, especially to me.

Interestingly enough it was one of the most memorable Christmases I've had in this life.