Where King Arthur is called Wart 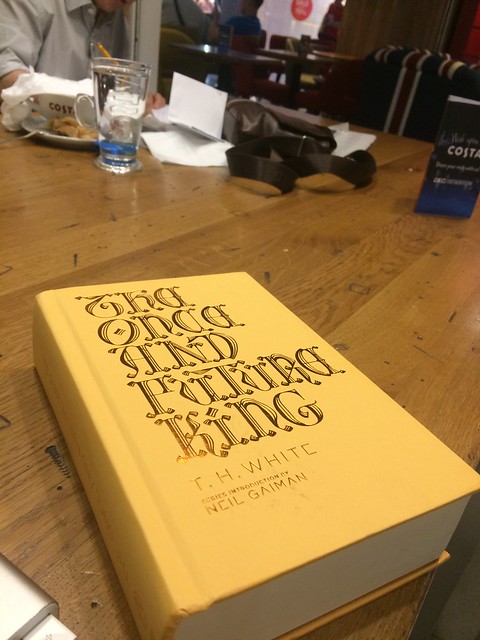 I won some cash at yesterday's Christmas party and, before going home, I took some time reading my new copy of T.H. White's The Once and Future King, in a special hardbound edition by Penguin, at a café inside Robinson's. It opens with a foreword by Neil Gaiman who talks about science fiction/speculative fiction; he enumerates his favorite works, some of which I have already read, including Left Hand of Darkness by Ursula Le Guin and Dune by Frank Herbert. Seated across from me was a Japanese man copying sentences from an English newspaper using pencil and paper, reciting the words in a whisper as soon as he had written them—yet another proof that it's never too late to learn a new language.
reading