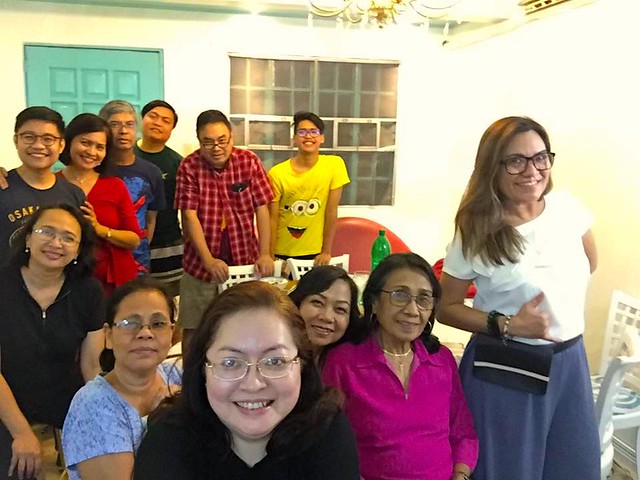 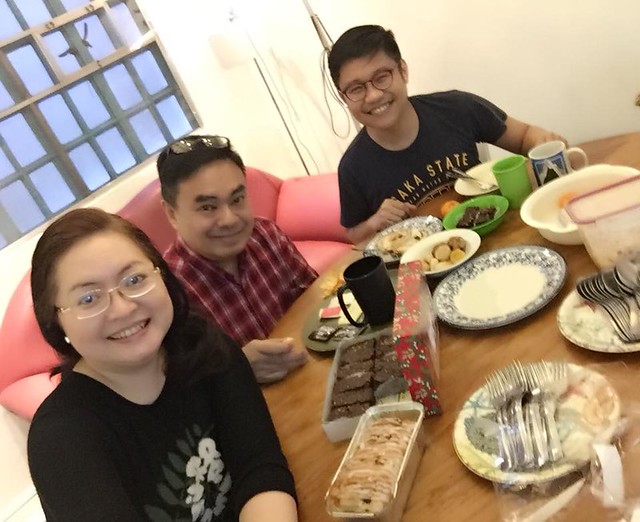 With Ate Milaine and Kuya Vance, among my dearest friends from church

Just when I've gotten used to spending Christmas alone, having been away from home for medical training, I got invited to a family gathering for the second time. There was food—Ate Milaine is a marvelous cook whose recipes pose a challenge to my self-imposed diet! There was music—cello and piano played by a wonderful home-based live band that played the songs I knew. I couldn't leave the party without a song rendition of sorts. I sang "On the Street Where You Live," among other standards, which unleashed the old soul within me—and in all of us, when I think about it now, because everyone chimed in during the chorus. There was conversation about cancer, fountain pens, and Christianity, where I learned various things about these brothers and sisters in Christ, all of whom left me with the feeling of being in heavenly company. Thank you, Espinos, Fernandos, and Gesilvas, for having me! (Photos by Ate Milaine)
christianity daily