September 19, 2017
After four years, I'm finally done with The Collected Stories of Lydia Davis. The collection includes stories from her other books. 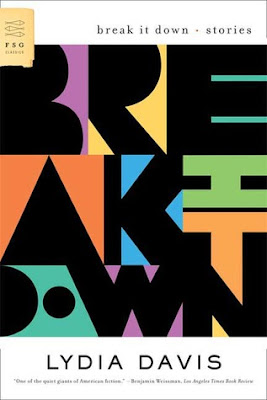 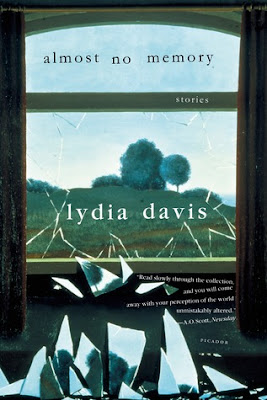 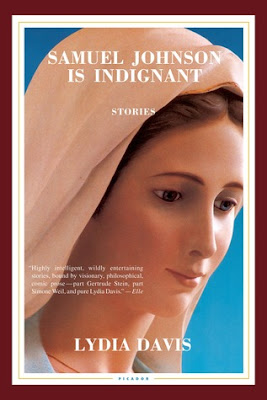 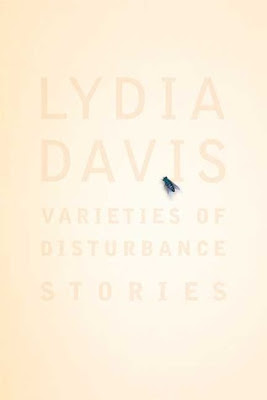 Dana Goodyear's profile of Lydia Davis is worth reading.

One recent morning, Davis sat at her kitchen table with a pocket-size black notebook and a hardcover novel by a popular writer, whom she asked me not to name. “I don’t like to hurt people’s feelings, and I don’t like to knock other writers as a matter of principle,” she said. Though enjoyably soap-operatic, the novel, that month’s selection for her book club—local women, wine, family talk—was full of mixed metaphors. “I’ve gotten very alert not just to mixed metaphor but to any writing mistake,” she said. “A little bell goes off in my head first. I know something’s wrong here. Then secondly I see what it is.” She opened the notebook and read a sentence about an acute intimacy that had eroded into something dull. “Acute is sharp, and then eroded is an earth metaphor,” she said. She read another: “ ‘A paper bag stuffed with empty wine bottles.’ I thought about that. You’d think he could get away with it, but he can’t, because ‘stuffed’ is a verb that comes from material. It’s soft, so it’s a problem to stuff it with something hard.” There were sentences about camouflaging with a veneer, and girding with an orb, and boomeranging parallels. “Whenever I read this kind of thing, it tells me the writer is not sensitive to the full value of the idea of comparison,” she said.