"Hell Week" is now over 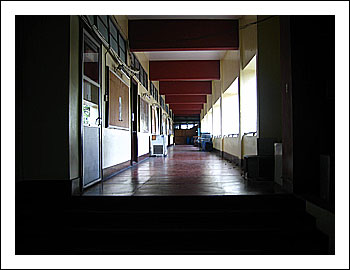 Like a tired soldier who has just survived a nuclear war, I marched out of my exam room at the NIP—with smiles and all—knowing that for the next 24 hours, I will be exam- and lab report-free.

An hour ago, while I was still poring over my answers, helplessly trying to figure out to which direction this and that current goes (or if, in such a set-up, a current does exist), my classmates were already passing their answer sheets, and the room’s population was decreasing exponentially.

There came a time when there were only less than ten people inside. While I was freezing inside—you see, the rooms in NIP are fully air-conditioned, you wouldn’t think of the Philippine climate as something tropical when you’re inside—Ma’am Jackie was chatting with my classmate. It was something about Baguio (my classmate was going there!), I think, because I was half-listening to them while checking my answers (can be read as: I was eavesdropping).

I decided to pass my paper, though I had two minutes more to spare. Pamela passed hers the moment I passed mine. Then we had a nice chat with Ma’am Jackie. We learned that she was going to give a report (she’s taking her PhD now) immediately after proctoring the exam.

I asked her, “Ma’am, why did you take Physics? You’ve found it enjoyable?”

It took me quite a few moments to realize that my supposed hell week is now officially over. All praises be to the Lord.