One year since Jason Polan passed away. Stumbled upon his blog many years ago. He wanted to draw Every Person in New York. Sketches were rudimentary, like scribbles on paper. No motive to impress; only, perhaps, to remember and have fun while doing so.
Have been a fan since I learned of him.
From the NYT Obituary:

Mr. Polan’s signature project for the last decade or so was “Every Person in New York,” in which he set himself the admittedly impossible task of drawing everyone in New York City. He kept a robust blog of those sketches, and by the time he published a book of that title in 2015 — which he envisioned as Vol. 1 — he had drawn more than 30,000 people.

These were not sit-for-a-portrait-style drawings. They were quick sketches of people who often didn’t know they were being sketched, done on the fly, with delightfully unfinished results, as Mr. Polan wrote in the book’s introduction.

In memory of Jason Polan, here's my self-portrait. 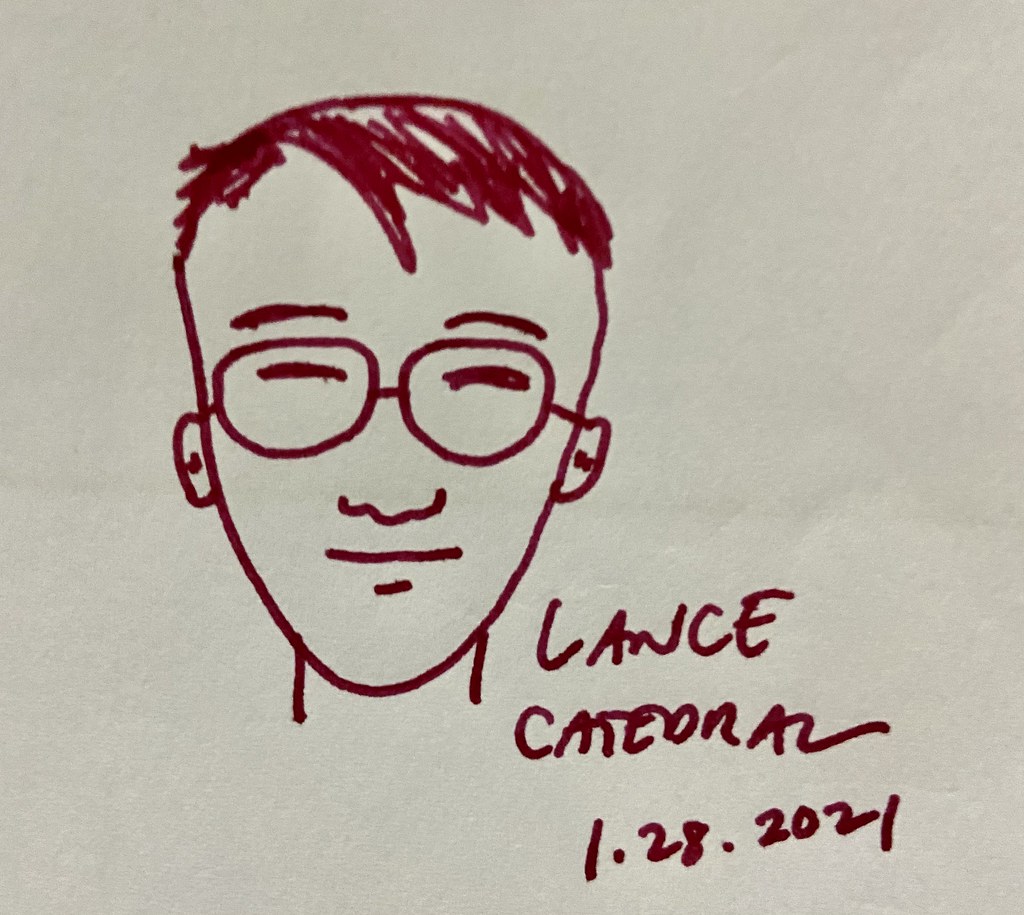