February 11, 2020
As I was having coffee, Fred asked if we'd like to attend a conference on cancer and aging. Our good friend, Rich, would be moderating. Of course, we said yes.

Dr. Emmanuel Besa, who was visiting the UP College of Medicine, was inspiring. Having worked as a researcher and medical oncologist/hematologist in the United States, he spoke on his findings on vitamins and aging, focusing on telomere shortening as a central mechanism in carcinogenesis. What struck me was his encouragement to us to keep on learning even after we graduate. 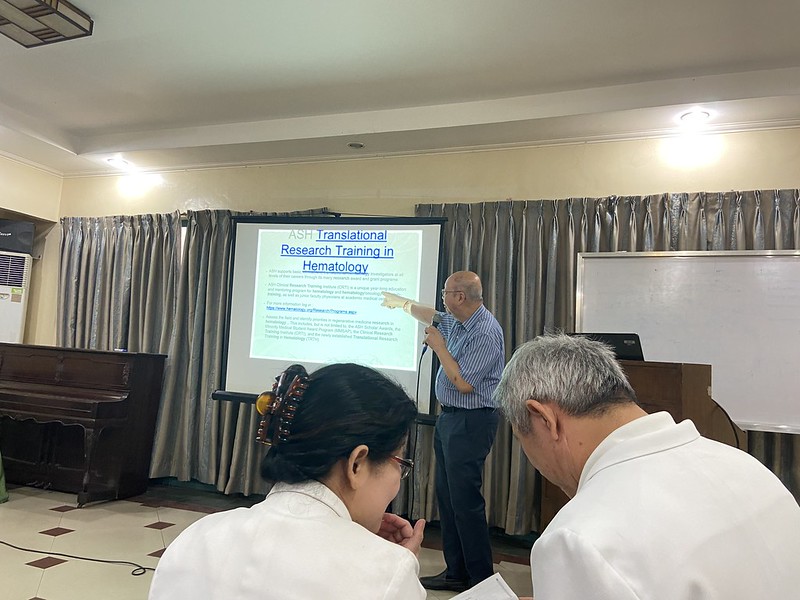 Rich did an amazing job: getting two questions then ending the program quickly. A reserved person who prizes his privacy and quiet, the limelight makes him uncomfortable. This morning, we added to his discomfort by cheering for him loudly, the good batch mates that we were. 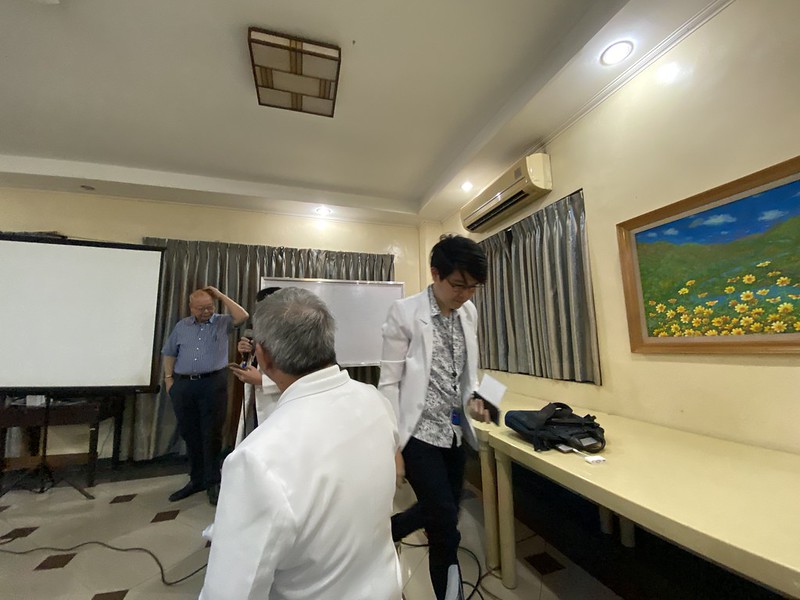 My batch mates! (Thanks to Fred for the photo). 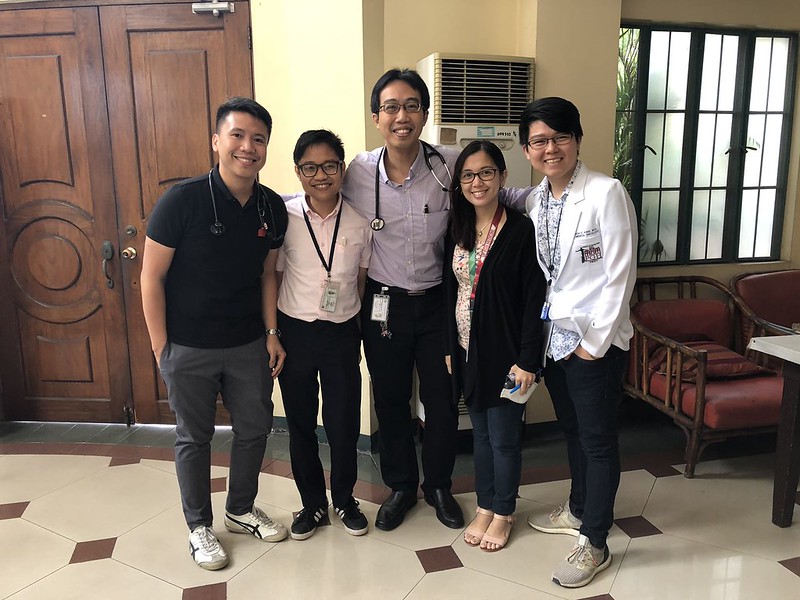 After clinic, we had a late lunch at a Chinese restaurant. (Save for Mark Ando, who dropped by the clinic, I didn't see any first year fellow today; they were too busy with their classes for the master's degree.) Karen, who is pregnant with her second child, discovered the spring roll with tofu, devoured a bowl of hot noodles, plus two servings of siomai, and many more. I love eating with pregnant people. 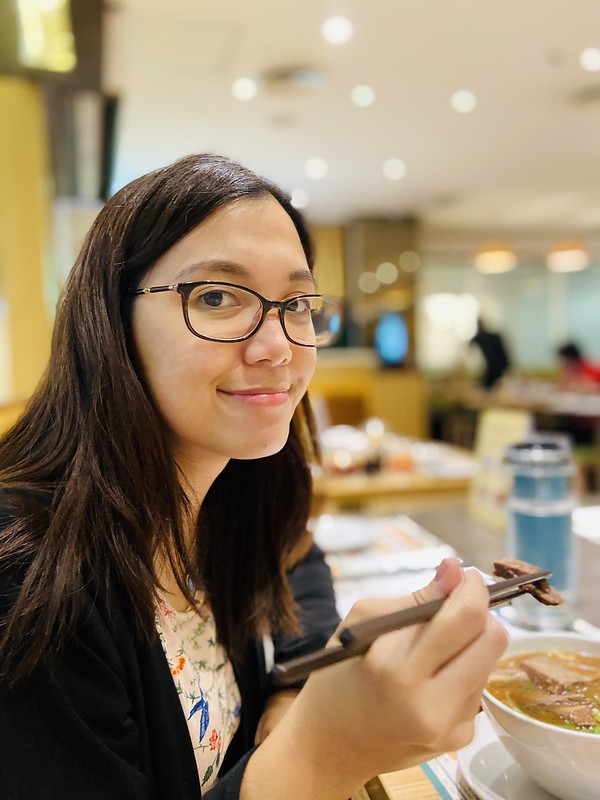 I was so grateful to have had lunch with Roger, who rarely says yes to our invitations. You see, he has other priorities. 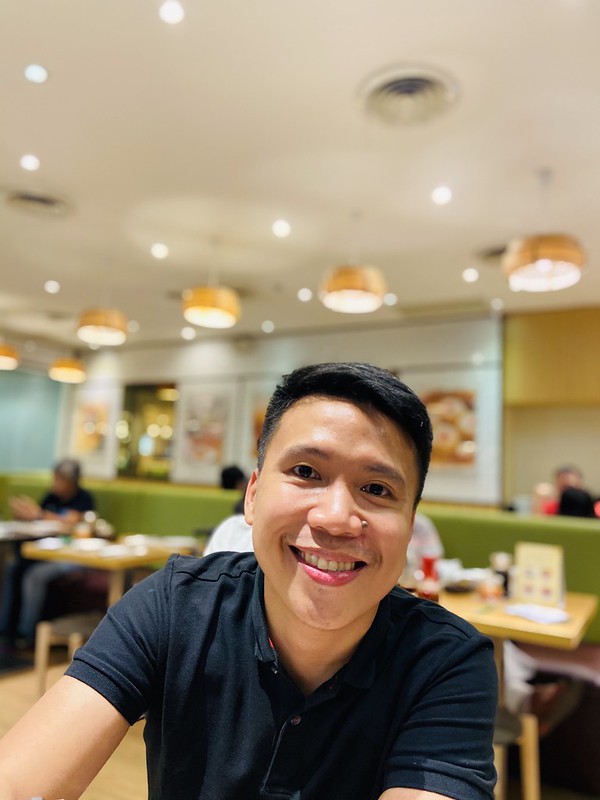 Karen and Roger, who both hail from Quezon City and who dream of sharing a group practice in the future (99% Roger's, 1% Karen's), shared a light moment. After all these years, Roger still doesn't know Kmomsh's (we call her that, really) birthday. 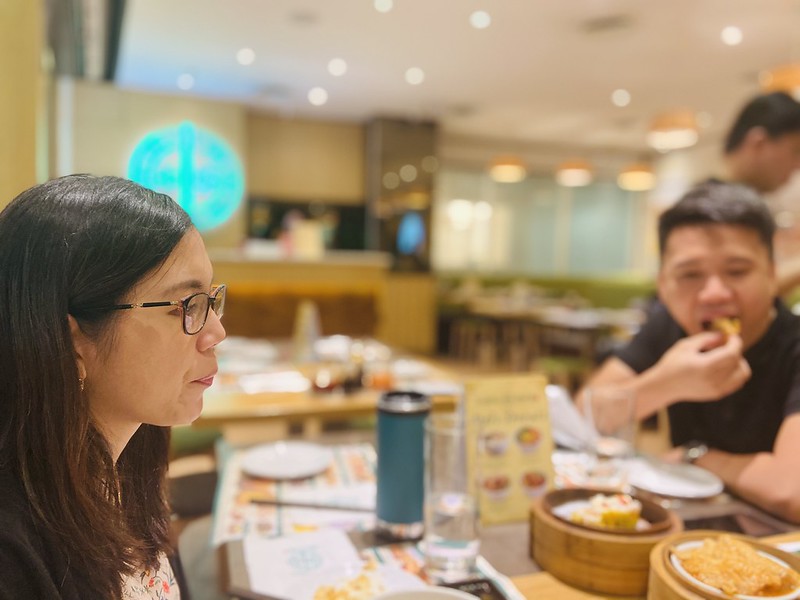 Rich, who has to attend to a thousand different things but who makes it looks so easy, took a phone call for an administrative matter. 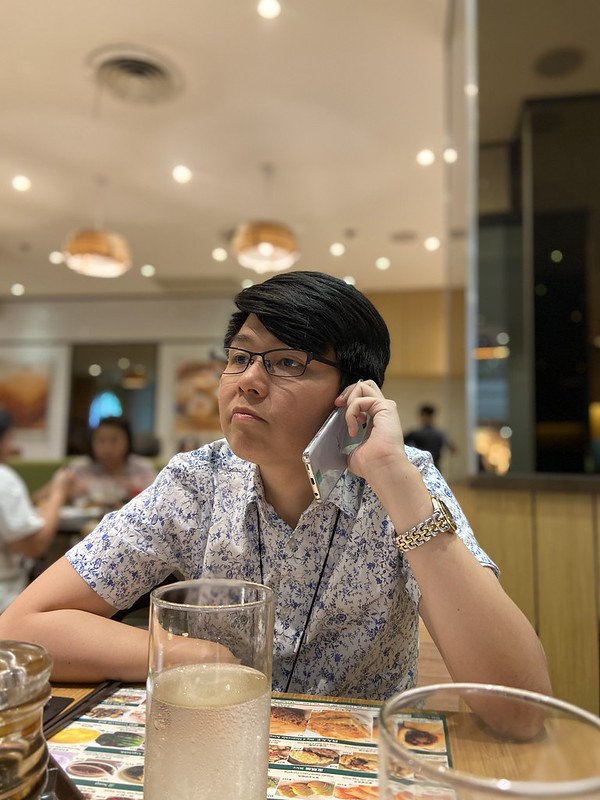 The call didn't seem to bother him.  What preoccupied him was choosing which dumpling to get. "Get what isn't served at home," I told him. He settled for a siomai, a beancurd roll, a dumpling that looked like samosa garnished with wasabi—it didn't really matter what he ate; he really just came for the chili sauce, which he lathered all his food with. "Matamis at maanghang‚ gusto ko 'yan," he said. Ni hao, Rich! 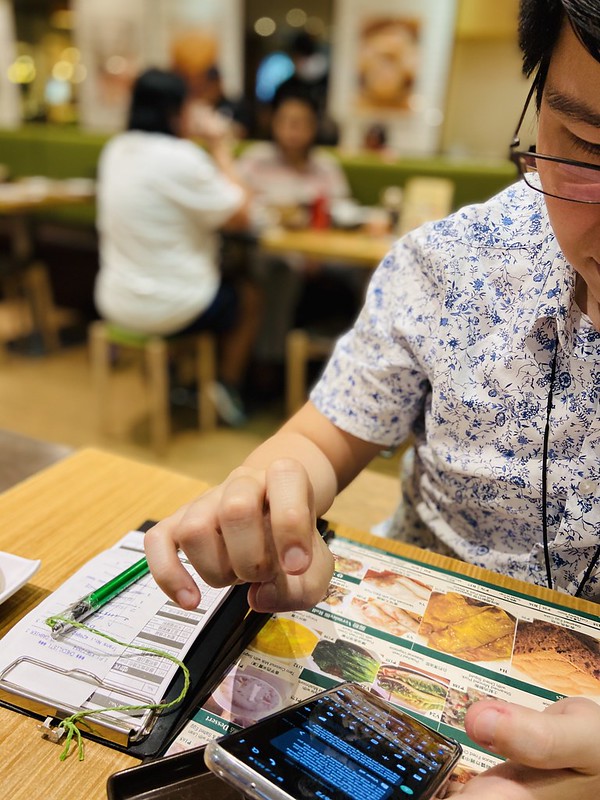 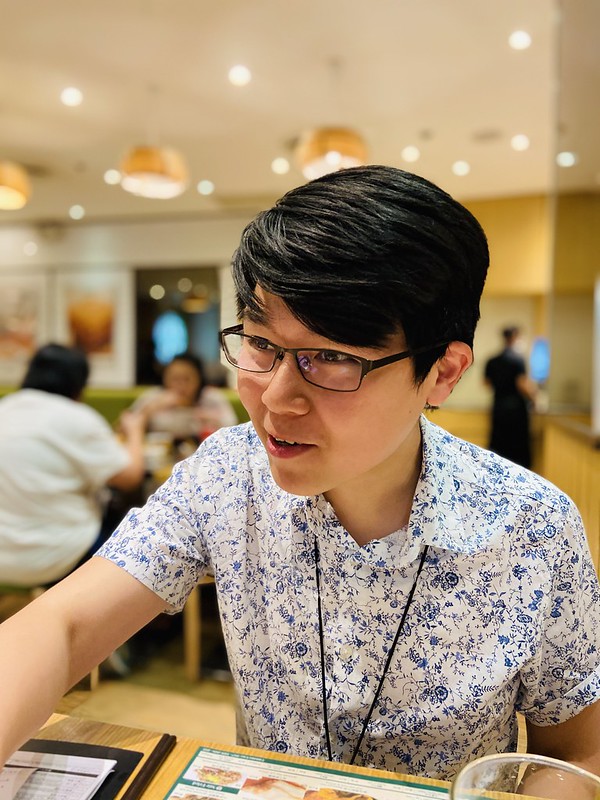 Roger and Rich are the perfect travel companions for each other. Rich isn't bothered by Roger's pace; Roger loves the company. Roger seems pressured when he's with us—Fred, Kmomsh, and myself, who can proceed with our own lives like clockwork. We also don't have much patience for waiting. 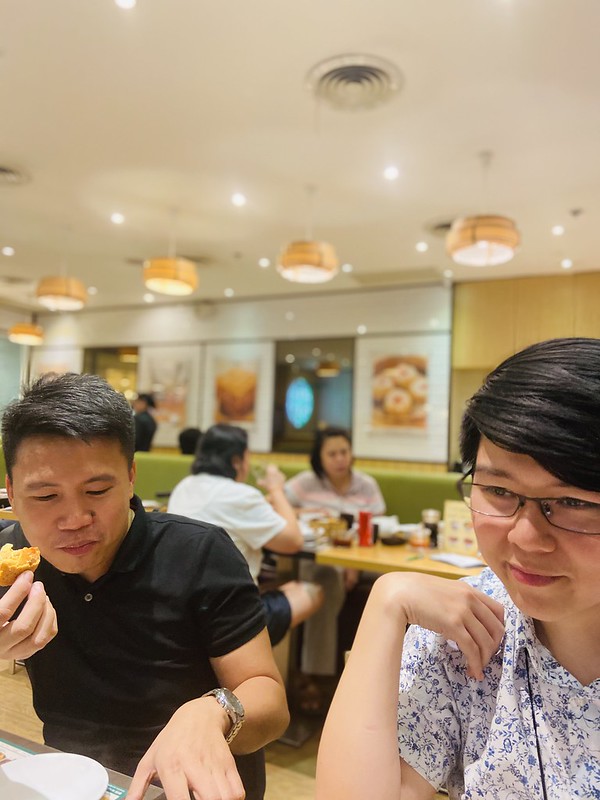 And where was Fred? Still at the clinic. He didn't get the memo apparently. Next time, Freddie.

Even my iPhone's photo app is getting sentimental. It generated the captions for these albums. A few more weeks, and we're done.