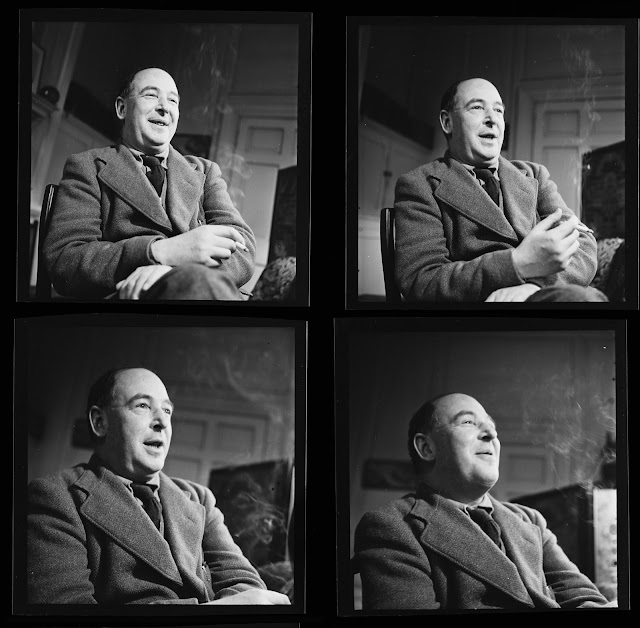 PHOTOS of old people make me really happy. They fascinate me, like babies do. Maybe even more than babies. I like keeping old friends in my life. It's not a secret I want to look like C. S. Lewis when I grow old: that hearty chuckle, gentleness, and faith. And maybe that double-chin, too—give or take.

I found this charming collage in The New York Times Opinion page, in an article written by Peter Wehner.

C. S. Lewis was a great thinker—his Christian worldview is pervasive in church circles, even to this day. He spoke about many things but hardly meddled with politics and government. And understandably so. He believed in the separation of church and state. He believed, in a sense, that the goal of Christianity is not to reform government but to proclaim Christ and Him crucified.

I disagree with some points in this essay, but Mr. Wehner's essay articulates many of the reasons why I don't engage in political discussion as much as my friends do. I don't put all my hopes in government but in God. If I get frustrated with how things are going, that's probably a sign that I don't trust God enough to know that He is in control of all things.

Lewis knew that a faith-informed conscience could advance justice and that Christianity played an enormous part in establishing the concept of natural rights and the dignity of the human person. But he also believed that legislation is not an exact science; that a Christian citizen does not . . . “have the authority to represent his or her prudential judgment as required by Christianity”; and that no political party can come close to approximating God’s ideal. Christianity is about ends, not means, according to Lewis, and so he spent a good deal of his life articulating what he believed was the telos, the ultimate purpose, of human beings. Lewis was convinced that partisan political engagement often undermined that effort.