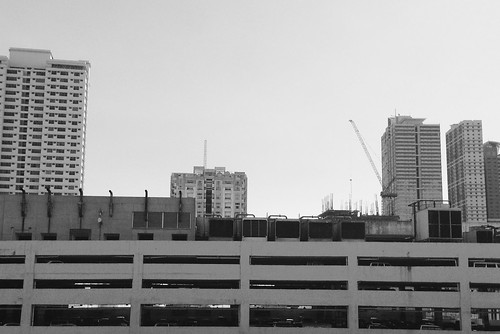 TWENTY-EIGHT is what I now tell my patients when they ask me--usually with fascination, occasionally with suspicion--how old I am. It never fails: I barge into a private hospital room, auscultate a patient’s chest, and a relative, usually an elderly lady, tells me how smart I must be, still so young and already a doctor. This explains why I always carry a stethoscope around my neck even if I don’t do rounds, or why I wear long-sleeved shirts even on temperatures that leave most people dehydrated after sweating (plus the fact that I'm in Internal Medicine, where tucked in, rolled-on shirts are the norm).

It still surprises me to learn that I’m 28. I just had my birthday last April 22.

As with most of my birthdays, I spent it without fanfare. I was on 24-hour shift at the Pay Floors. Around 11 PM, a patient coded (his heart suddenly stopped beating), was eventually revived, and was no longer referred to me after that. During the code, the fact of my birthday came up. The nurses were surprised I went on duty at all. Bad luck, they said. But they fed me with ice cream at the station, perhaps the most delicious meal I've had that day, and for that I’m very grateful. This explains why my responses to greetings over text, email, and Facebook were rather sparse, but all of them pleased and touched me greatly, the way only good wishes could.

Now that I have reached this age, I realize that I’m just two years from the big 30, having already lived a third of my life expectancy. Part of me feels like I haven’t done anything significant with my life--true, I‘m already a doctor, but I’m still in residency, not even in fellowship, and still without a PhD. Dietrich Bonhoeffer, when he was 25, was already leading the underground Christian church during Hitler’s reign in Germany. Many scientists have discovered many cures of certain diseases before they turned 30. There is a sense of inadequacy on my part. Yet, on the contrary, a part of me feels the possibilities are limitless--I can do anything I wish, for I am only 28, after all, without a family to take care of, and the world is my oyster.

Perhaps it all boils down to the fact that I don’t want my life wasted. I remember John Piper’s book, "Don’t Waste Your Life," and its underlying thesis: that only a life lived for Christ matters. It echoes the apostle Paul’s battle cry: “for me to live is Christ, and to die is gain.“ It’s a great book, something I recommend that all people should read at least once.

That leads me to ask if Christ is my all. Is He the pearl of great price for me? Does my soul long to please and honor and glorify Him in everything I do? May the glory of God be my ultimate reason for living, too.

One of the greatest gifts I got was the privilege to condense the classic work of John Owen, “The Glory of Christ,” for the next edition of FaithWalk magazine. It is Owen’s meditation on the love that Christ has shown to sinners like us.

In order to save us, He would have to continue until His soul was sorrowful to death. But this did not deter Him. His love and mercy rose like the waters of a mighty stream, for He says: “Behold, I come; I delight to do Your will, O my God” (Psalm 40:7-8). So a body was prepared for Him, to give effect to the immeasurable grace and fervent love He had for mankind. Now when we think of the glorious love of Christ, we find there is in His divine nature the love of God the Father. But there is more, because when He exercised His love He was human also. The love in the two natures is quite distinct and yet comes from the one person, Christ Jesus. It was an act of inexpressible love when He took our human nature, but it was an act of His divine nature only. His death was only an act of His human nature. But both were truly His acts, as we read in 1 John 3:16: “By this we know love, because He laid down His life for us.”


Christ’s love doesn't end in salvation, but it carries on throughout life. To be the recipient of this all-sufficient and underserved grace, to be forgiven despite my rebellion and sin against God, to be given the privilege of caring for the sick and ministering to them, to be given 28 years (and perhaps more) to live on earth--for these, I am thankful.

Thanks so much for your greetings. They have meant a lot to me.
journal