Lila by Marilynne Robinson: a story of grace 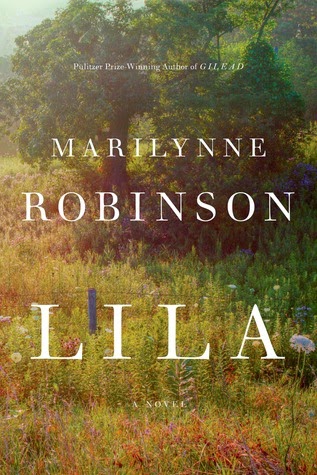 YOU READ a book, expecting to have fun, the kind that your brother Sean, who hardly reads anything at all, save for his textbooks, won't ever understand. You begin with the first few paragraphs. Amazed at the craftsmanship of the sentences, you keep at it—the pleasures of reading, they call it. Then you lose grip of time; your head is up in the clouds of the story—a made-up world that, for a moment, seems more real than reality.

You wonder at how words—letters pieced together, their meanings defined by spaces or lack thereof—can have such an effect on your emotions. Apathy turned into concern, rage into sorrow, discontent into delight. Or maybe a combination of them, because a person, indeed, has the capacity to handle, though not completely explain, a wide range of feelings, like the spectral colors of the rainbow in the afternoons of childhood.

YOU READ about a girl named Lila. The story isn't clear at first, but in time you know it will crystallize in your head somehow. It begins with, “The child was just there on the stoop in the dark, hugging herself against the cold, all cried out and nearly sleeping.” Appreciating this sentence requires personal experience; you know that the best sleep can only be had after hours of crying, as if tears were a prelude to dreams. You think this is going to be a sad story; it certainly isn't going to be something hilarious.

The story takes you back and forth through time. Flashbacks come and go, with no defined patterns. You read about the past and the present, your mind hitched on the vehicle of the author's thoughts, you and her making sense of things, without consideration for the boundaries of what happened and what is happening. Reading, then, is a union of the minds—the writer says something to the reader, who says something back: a nod, a sigh, a question, and sometimes, a tear.

The girl, Lila, is stolen by a woman named Doll. Doll is not her mother; mothers don't steal their own children. Nomads—that's what other people call them, but you never read that word in the story, as if the author had never meant to write that down. You realize that there are so many things left unsaid; so this book needs your time and concentration, or else you'll miss the story entirely. Lila and Doll—they have no permanent place to stay. What is that like, hopping from town to another town, working in fields, or cooking in kitchens, or singing beside campfires? A cow and her calf, they are called, because they always stick to each other, as if one could not live without the other.

But things happen, and we get the notion that Doll has bled someone to death with a knife and is about to go on trial. Lila, now grown up, works at the whorehouse and does many things she is ashamed of. She escapes from the perpetually darkened rooms and drifts from one place to the other, her hands always looking for dirt, literally, because she finds comfort in getting her hands on the soil, planting, harvesting, plowing. Her first love. But wherever she goes, she is always thinking of Doll, who is an integral part of her soul, as the nucleus is to a eukaryote.

THREE YEARS later, it is raining, water streaming down from the heavens, soaking the soil of a cursed and sinful land; and you read of Lila walking along the streets of a town named Gilead, a place where people in the stores call each other by names, not like in the cities where one is practically anonymous. There she finds refuge in a church, the last place she wants to be in, an unfamiliar territory. The air is warmer, a change of atmosphere, a deliverance. And the metaphor becomes anthrophormorphized in the person of John Ames, a gray-haired preacher who sees her there. The preacher has lived in the town all his life. Lila refers to him as an old man, for that's who he is, her husband. You don't know how old he is, but he is old enough to contemplate death, old enough to grow his hair long enough to cover his balding scalp.

You immediately feel a sense of kinship towards the preacher—a strange familiarity prompted by your differences rather than your similarities. To other people, these details may never mean anything, but reading is so personal you cannot help but appreciate the minutiae and make the comparison. You are loud; he is quiet. You are impulsive; he is patient. You are young; he is old. You are proud; he is humble. You are legalistic; he is gracious, prayerful. No wonder why you like being with the old so much; they possess the things you do not have. That yearning is the basis of your fascination.

THE STORY moves with a subconscious, masterful fluidity. They get married, and that does not surprise you one bit. The young woman, already pregnant with his child, asks him why things happen the way they do, and other basic questions. The simplest questions are the hardest ones to answer. He takes to his study to find out.

He said, “I believe in the grace of God. For me, that is where all these questions end.”


You disagree with the preacher about many theological questions, of course. You do not agree with him about his thoughts on Hell; you believe it exists, that God hates sin, and Hell is the punishment for it. You believe, too, that a real geographical place called Heaven exists. Of course, you realize that you shouldn't turn to novels to learn theology; there are better places to base one's dorma, like actual Scripture, for instance.

The questions surrounding their marriage intrigues you, so you understand why there is much talk about it in the town. Lila struggles with the new normal—a house of her own, a husband, and a swelling abdomen. The moments of tenderness between them are subtle and poetic.

With her head resting on his shoulder she said, “I just can't trust you at all.” He laughed, a soft sound at her ear, a breath. She started to pull away, but he put his hand on her hair so she rested her head again.
He said, “Is there anything I can do about that?”
And she said, “Nothing I can't think of. I don't trust nobody.”
He said, “No wonder you're tired.”


Then you read something like this: “She never really looked at him, but he was beautiful, gentle and solid, his voice so mild when he spoke, his hair so silvery white.” Then you understand.

And you hear the preacher say to her, “I was getting along with the damn loneliness well enough. I expected to continue with it the rest of my life. Then I saw you that morning. I saw your face.” John Ames is a lot like the other author, CS Lewis, who married much, much later, in his sixties. You think that's good timing, too.

YOU HEAR Lila talking to her unborn, promising the baby that she will teach him (or her—she still has no clue it's going to be a boy) the prayers and the hymns, that she will give him the best life she can give possibly offer, without ever saying it out loud. The promise of a more quiet, comfortable life, of a loving father, of protection from the evils and hardships of this world, things Lila herself has experienced. The things a mother will do for her child.

Yet Lila, with this future hope, still struggles with her past. In a sense, one can never completely break away from it in this earthly life. But she discovers something:

There was no way to abandon guilt, no decent way to disown it. All the tangles and knots of bitterness and desperation and fear had to be pitied. No, grace had to fall over them.


Grace upon grace, the story of the Christian, a story so beautifully told by Marilynne Robinson in her newest novel, “Lila,” which you were blessed to have read. For it is God's grace, too, that will lead you on.
christianity reading