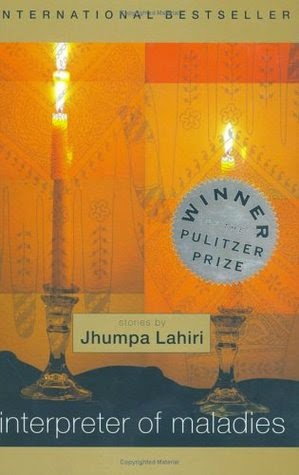 THE LAST story in Jhumpa Lahiri's collection, Interpreter of Maladies, is “The Third and Final Continent.” It's a befitting conclusion to an eloquent and honest piece of literary work, something that earned Lahiri the Pulitzer Prize, among other awards.

A man from India sails to London in 1964. He eventually decides to move to America after he scores a job in the processing department of an MIT library. At 36 years old (not a bad age), he gets married to someone named Mila, whom he hardly knows (not so bad, either). As with many marriages in India, theirs was arranged. Mila is still in India. She will be stepping on American soil in a few weeks.

Meanwhile he finds a temporary dwelling place near the University. He chances upon a solitary house owned by an old, grouchy lady named Mrs. Croft. The rent is eight dollars a week. The old lady likes him because he pays his rent on time. She also makes him say “Splendid!” every time.

Mila arrives one day. He leaves Mrs. Croft's house and finds a bigger place for the two of them. Mila and the man—they don't know how to relate to each other. They don't know each other's tastes, preferences, favorites, and peculiarities. Jhumpa Lahiri describes the awkardness masterfully. But it is where the story gets exciting: they have an entire lifetime to discover each other, and they have no other choice but to do so.

The story ends with the man's fascination and incredulity at how good his life has turned out. This is how we know that their lives end well.

I know that my achievement is quite ordinary. I am not the only one to seek his fortune far from home, and certainly I am not the first. Still, there are times I am bewildered by each mile I have traveled, each meal I have eaten, each person I have known, each room in which I have slept. As ordinary as it all appears, there are times when it is beyond my imagination.