May 04, 2014
CALLING MY parents on Sunday mornings is a ritual. I rang them at the break of dawn. They were both up early, probably talking over coffee and breakfast in preparation for the Sunday worship service.

At 6 am, my father would shine his shoes, take a quick shower, and don his best clothes, a ritual he ends with a spray of perfume behind his ears. He'd eventually find himself frustrated at my mother's leisurely stroll in her small garden, where she would literally uproot shrubs and transplant them elsewhere, something she does on a regular basis. She forgets that plants need to be rooted, quite literally, and are not movable like our dog Benjamin who, if left alone, will travel to as far as Ethiopia.

"We're going to be late. Hurry," he'd say to her. My mother would then complain of the cobwebs that have appeared on the ceiling. She'd go on to complain, too, of the dismal state of the bathroom—"Why can't you keep the floor dry?"—and the fact that my father likes to hang his used clothes and wet towels around. These things she'd usually do on Sundays.

When I called my father's phone, Nanay picked it up. This wasn't surprising—their phones are communal. I shared my excitement—"For the first time in five years, I have almost nothing else to do"—and my mother seemed delighted that I was getting enough sleep. She urged me to please, please, study for the board exam and not waste my time blogging or reading fiction, two things I have a hard time letting go. But I don't think I can. Thinking that I'm overconfident, bursting with pride and all, she doesn't realize how unprepared I feel about the licensure exam, sometimes to the point of panic.

I was sharing something to her—a story from the hospital I can no longer remember—when the line was immediately cut off, probably a case of a mobile phone that had been left uncharged for too long. I was amused at this sudden turn of events, because right after the conversation ended prematurely, I could picture my mother lash out her frustration at mobile phones and, well, technology in general, to my father, who must've gotten frustrated that they'd end up late for the Sunday service.

After the preaching, though, when Tatay would bring Nanay to her clinic, it would be as if nothing had happened. 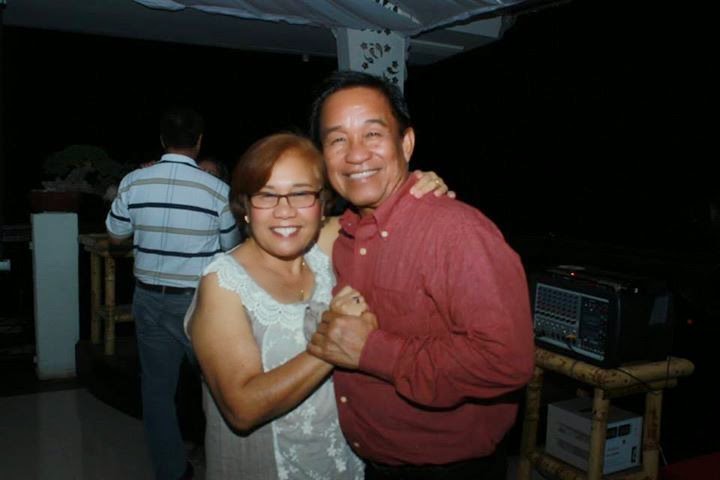 Taken during a church retreat at Sarangani Highlands in GenSan.
family + friends