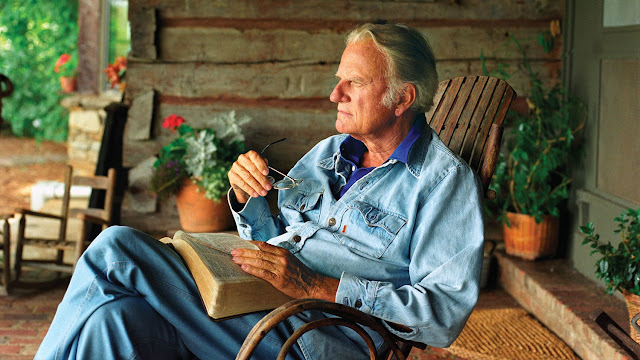 Billy Graham died yesterday at the age of 99. Graham was one of the titanic figures of American evangelicalism and his life spanned some of the interesting and tumultuous years of world history. We cannot even speak about 20th-century evangelicalism without referencing the impact of the ministry of Billy Graham and the movement he led. Born to a farmer in North Carolina in 1918, Graham lived a rather traditional childhood in rural America and he also experienced the tumult of adolescence, describing himself in retrospect as rebellious, though it was a rather quiet and uneventful rebellion.

Perhaps one of the most notable aspects of Graham’s life and most commendable is his sterling moral character. One of the things we must observe on the day after the death of Billy Graham, is that during his lifetime there was never even a hint of moral scandal in his ministry.

While only God can rightly assess the ripple effect of a person’s life in all the ways it has influence, my own judgment would be that Billy Graham’s greatest impact is the eternal difference he made in leading countless persons, from all over the world, out of destruction into everlasting joy and love. This was his primary mission. “Because God so loved the world, that he gave his only Son, that whoever believes in him should not perish but have eternal life” (John 3:16).


Nine Things You Should Know About Billy Graham, via The Gospel Coalition. A sampling:

No other American has slept in the White House Lincoln Bedroom more than Graham, who was often referred to as the “pastor to the presidents.” Graham had a relationship or personal audience with every U.S. president from Truman to Obama. He was particularly close with Eisenhower, who asked for Graham while on his deathbed, and Nixon. He presided over the graveside services for president Lyndon Johnson in 1973 and spoke at the funeral of president Richard Nixon in 1994. The only president who didn’t like Graham, as the evangelist frequently noted, was Truman. Truman called Graham a “counterfeit” and said “he was never a friend of mine when I was President.”