Precogs, telepaths, and the reversal of time 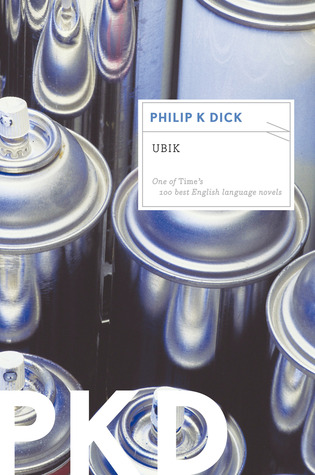 
The first Philip K. Dick novel Iv'e read is Ubik, first published in 1969. The story is set in 1992. Special powers exist. Technology has advanced such that the dead can be put in a state of half-life; they can communicate with the living until the signal dies. (I wonder if that's a good thing.)

A group of inertials—men and women who have the special ability to negate powers of precogs and telepaths—is killed by a blast. The survivors go through a time warp and are subjected to rapid deterioration themselves. The panacea is a special spray called Ubik.

I admit I'm not the biggest fan of science fiction, but I was so drawn by this story that I'm resolved to read one of Mr. Dick's novels soon.

He [the protagonist Joe Chip] gazed at the girl Pat, with her black, strong hair and her sensual mouth; in him he felt unhappy cravings arise, cloudy and pointless wants that led nowhere, that returned to him empty, as in a completion of a geometrically perfect circle.