Be still. Shut up. 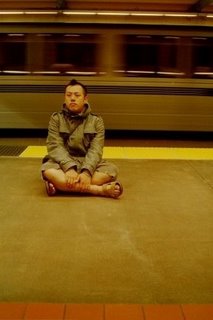 People close to me know for a fact that I talk a lot. They seem to listen to me all the time; I don't think they're sick of my blabbering. My mother, however, insists that I KEEP MY MOUTH SHUT if it's possible to do so, especially when I watch TV Patrol with her at home. She hates it when I talk while the reporters are saying something about the current state of dirty Philippine politics. I now get her point.

I'm talking about this now because I attended the Youth Fellowship's Mid-School Year Retreat with the theme, BE STILL AND KNOW THAT I AM GOD (Psalm 46: 10). Kuya Lito Sto. Domingo, the youth pastor of Higher Rock Christian Church, explained that God is a person to whom we can turn to for safety; He is a source of strength to those who are weak and defenseless. Kuya Lito went on to tell the story of King Hezekiah in the parallel chapters of Isaiah 53, 2 Kings 18 and 2 Chronicles 82: the king of Assyria had already invaded the neighboring cities except Jerusalem. But instead of panicking or cursing or hyperventilating, King Hezekiah, ruler of the city of Jerusalem, turned to God for help. He stilled himself in the comfort of knowing that the Lord who had been faithful wouldn't fail him.

Why then is it necessary for a believer to seek silence and solitude? In the handouts that were given in that retreat, the following reasons were given, viz.:

The more I think about it, the more I am convinced that I have to shut up and pray. My mother is right in this respect.