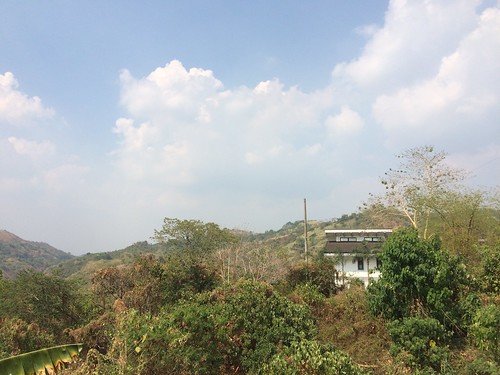 Exactly one year ago, an assassin murdered his father in broad daylight. The camera footage would show a gunman firing predetermined shots to a car; the said gunman would whisk away in anonymity, leaving a man dead in the front seat. His sisters, who were in the car, would recount the events as if it were a movie.

My friend was at work that afternoon, scheduling an MRI for a patient with spinal cord compression. “Para akong first year resident ulit!” he would tell me, his statements punctuated by laughter. We had only begun subspecialty training then, barely understanding the ropes of chemotherapy. It was the most harrowing day of his life. He would rush to the hospital, hanging by the railings of a public-type jeep, his face soaked in tears, his soul drowned in anguish.

A week later, my own father passed away.

Death sneaks upon us unannounced, but at least we can, for the most part, plan when we would cry. Roger and I said we would schedule our moments of “depression.” But we could only go so far with our plans—often, as I have experienced, the tears come during moments both expected or otherwise. I had a pair of glasses tinted so I could cry all I want during commutes without anybody noticing. I was congratulated for being fashionable, but that was the eye wear’s main utility. The tears have become less frequent, and there are days when I don’t even think of my father. But there are various reminders of him everywhere.

Today, it’s his father’s death anniversary. What do I tell Roger? What does one tell those who have lost precious loved ones?

Trust in the sovereignty of God, who knows exactly when we will be born and when we will be taken away. Let the tears fall. Grieve. Take time to be alone. Get enough sleep. Speak to your soul. Look to God, as the Psalmist did.

Why are you cast down, O my soul,
and why are you in turmoil within me?
Hope in God; for I shall again praise him,
my salvation and my God. (Psalm 42:5)


It does get easier with time. The darkness does lift eventually.
journal