All our good is in God 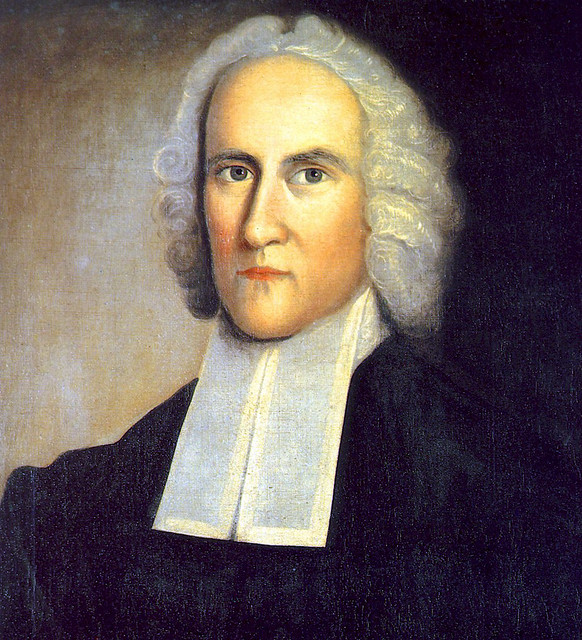 When midnight struck, I had a meal with my brothers, walked out to St. Paul Street to find some neighbors watching the fireworks, and returned to the bedroom with my Kindle at hand. The book was Selected Sermons of Jonathan Edwards, edited by H. Norman Gardiner. It was printed in 1904 by the MacMillan Company, but I downloaded mine from Project Gutenberg.

A theologian in New England and considered as America's foremost intellectual and spiritual thinker (a shame that we don't year a lot about him as often), he considered himself primarily a preacher. In the book's foreword is a description of his work.

Even in his most terrific sermons he never appeals to mere hope and fear, nor to mere authority; in them, as in his theological treatises, he is bent on demonstrating, within the limits prescribed by the underlying assumptions, the reasonableness of his doctrine, its agreement with the facts of life and the constitution of things, as well as with the inspired teachings of the Word.


I can only imagine hearing him preach. YouTube hadn't been discovered then. But his pupil, Hopkins, offers us a glimpse of the manner of Jonathan Edwards's preaching.

His appearance in the desk was with a good grace, and his delivery easy, natural and very solemn. He had not a strong voice, but appeared with such gravity and solemnity, and spake with such distinctness, clearness and precision, his words were so full of ideas, set in such a plain and striking light, that few speakers have been able to demand the attention of an audience as he . . . He made but little motion of his head or hands in the desk, but spake as to discover the motion of his own heart, which tended in the most natural and effectual manner to move and affect others. . . He carried his notes into the desk with him, and read the most that he wrote; yet he was not so confined to his notes, when he wrote at large, but that, if some thoughts were suggested, while he was speaking, which did not occur when writing, and appeared to him pertinent and striking, he would deliver them; and that with as great propriety, and oftener with greater pathos, and attended with a more sensible good effect on his hearers, than all he had wrote.


The first sermon, God Glorified in Man's Dependence (1731), moved me as Jonathan Edwards's sermons generally would.

How many times this year did I find myself at the end of my strength, and in such moments, how often did God carry me through?

I write this now, with the comforts of personal restropection, because 2018 was the hardest year of my life to date: my grandmother passed away in January, my uncle Papa Eddie in March, and my father in May. Jonathan Edwards, preaching from 1 Corinthians 1:29–31, said to his congregation, and is saying to me now, hundreds of years later, by way of a timeless reminder that only books are able to accomplish:

The redeemed have all their good in God. We not only have it of him, and through him, but it consists in him; he is all our good.