October 01, 2017
At any given time I read three or four books at a time. I get bored quite easily. Maybe that's just me. I say "bored" here not as a negative connotation but as way to express that some works need some to be read for prolonged periods, with intermittent moments of rest in the interim. To help me get past lengthy, revered works of fiction, I read collection of short stories, non-fiction, or short contemporary novels. Too much Cormac McCarthy makes me suicidal and despairing; too much Mindy Kaling turns me light-headed. A change of view increases my appreciation for each book I read. Multiplicity does not diminish the delight.


Last week I finished three books, all read in my Kindle (which I've named John Ames, because the device, in fact, asks the owner to give it a name). I enjoyed the books thoroughly. I recommend them to you, if you have time to spare. (You have time to spare. What's your excuse? Teddy Roosevelt finished Anna Karenina while chasing thieves in the Dakota Territory). 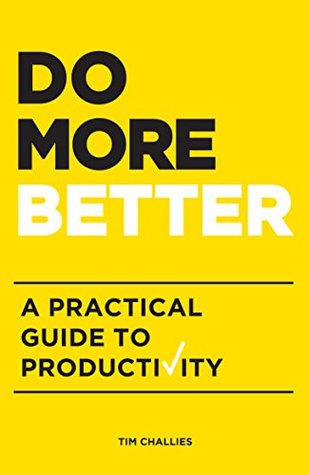 Challies is one of my favorite Christian bloggers. I turn to him for advice on how to make my life more productive. He defines productivity as:

effectively stewarding your gifts, talents, time, energy, and enthusiasm for the good of others and for the glory of God.

He runs us through the apps and software he uses. He gives us tips on how to deal with email. He likes Evernote, which I've been a a fan of, too. His perspective is centered on Scripture, beginning with the fact that we must be faithful stewards of time, that we must lean on God's sovereignty despite seeing our plans disrupted.

Nabokov's Favorite Word is Mauve: What the Numbers Reveal About the Classics, Bestsellers, and Our Own Writing

Using statistics to analyze literature, Ben Blatt's book is a joy to read. He answers, among other questions: Does the use of adverbs signal poor writing? Can someone tell an author's sex just by analyzing the text? Does the size of an author's name on the cover correlate well with his/her popularity? How do popular authors begin and end their stories? Which novelists are fond of describing the weather?

It's a lot like reading a scientific journal but more fun. Bar graphs and pie charts appear a lot in this work, but don't be intimidated.

I find this interesting because I'm part of an on-going study that makes use of the methodology Blatt applies here.

When I Was A Child I Read Books 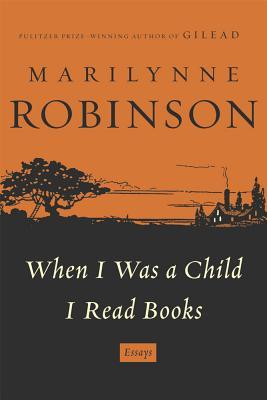 These essays are gems. Robinson argues against scientific reductionism as a way to describe the human condition, defends Calvinism from its detractors, and argues that religion should have its proper place in society. In Freedom of Thought, she writes:

The notion that religion is intrinsically a crude explanatory strategy that should be dispelled and supplanted by science is based on a highly selective or tendentious reading of the literatures of religion. In some cases it is certainly fair to conclude that it is based on no reading of them at all.