Jason in the house!

JASON Enriquez, my college roommate in Kalayaan Hall, still looks the same after all these years—save for the fact that he now sports more subcutaneous fat, his hair peppered with white strands of hair, his orbits barricaded by metallic frames that look comfortable on his face.

“Masaya,” he said in perfect Tagalog.

He has been married for at least two years now, a ceremony I had missed because I was in the hospital, attending to my patients—a tragedy I have repeatedly come to accept. It wasn’t the only time something like it had happened.

I met Jason two nights ago, at 9 PM—a time of the day that, after all these years, he still remembers as the beginning of my descent into sleepiness. It was the only common time we had for his brief foray in Manila: a business trip in between which he planned to squeeze meeting family and friends before he goes back to Kyoto with his wife.

I hadn’t seen him in two or three years—or has it really been four years ago?—and I didn’t want to miss the chance of catching up with him, even if that meant going to his hotel in Mandaluyong with a change of bed clothes because, knowing that I wanted to be in bed around that time, the geriatric creature that I am (and he is, in some ways, more geriatric than me), he offered to let me sleep in his room. "Gaya ng dati!"

One of the joys that God has given me is the gift of godly friends. Speaking with him, up to the wee hours of the morning (“Maaga pa, Lance,” he said when I told him I had to be up early to do rounds at the ER and it was already 12:30 AM—to which I said, “Maaga na!”), made me realize how God has kept us all in the palm of His hand, guiding us into careers and decisions where we would most glorify Him, and giving us thousands of reasons to delight in Him.

If only for the chance to celebrate and recount the Lord’s faithfulness in our lives, my seeing him was well worth the hassle of braving EDSA traffic in the rain.

And you had better host me. 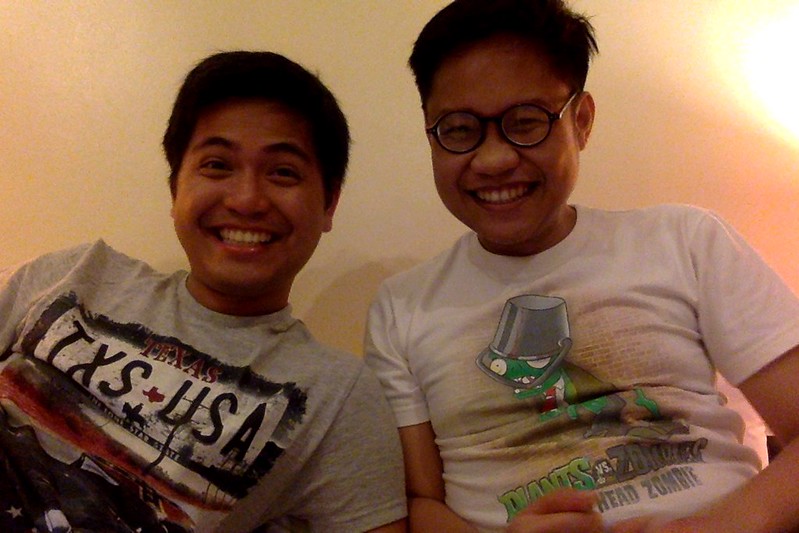