On "An Auto-Corrected Journal of Printing Properties: Selected Texts On A Contemporary, Art, and The So-called Elsewhere-Anywhere"

September 25, 2014
WHILE STUDYING for the Boards, I often hung out with Renan Laru-an, the founder and current director of DiscLab | Research and Criticism—he, working on a book to be launched in New York in the Fall; me, rereading my annotated textbooks. I felt so scholarly in the presence of a writer/editor.

I just saw a copy of the book, An Auto-Corrected Journal of Printing Properties: Selected Texts On A Contemporary, Art, and The So-called Elsewhere-Anywhere, today. The book's aesthetic mimics the appearance of hard-bound thesis proposals at the UP Shopping Center near graduation time. Published by The Office of Culture and Design, a company based in Parañaque, the book is a compilation of some of the best pieces, mostly essays and interviews, that first appeared in DiscLab's website. It "concretizes desires, frustrations, and fictions about our contemporary knowledge production that can only be legible through transactions, negotiations, and submissions." The works of friends from way back, including those of Renan Laru-an and Michael Cocjin, are included in this collection.

An Auto-corrected Journal of Printing Properties will be launched at the New York Art Book Fair 2014 at MoMA PS1, organized by Printed Matter, Inc. on September 25-28. It will be launched in Brisbane, Australia in November. 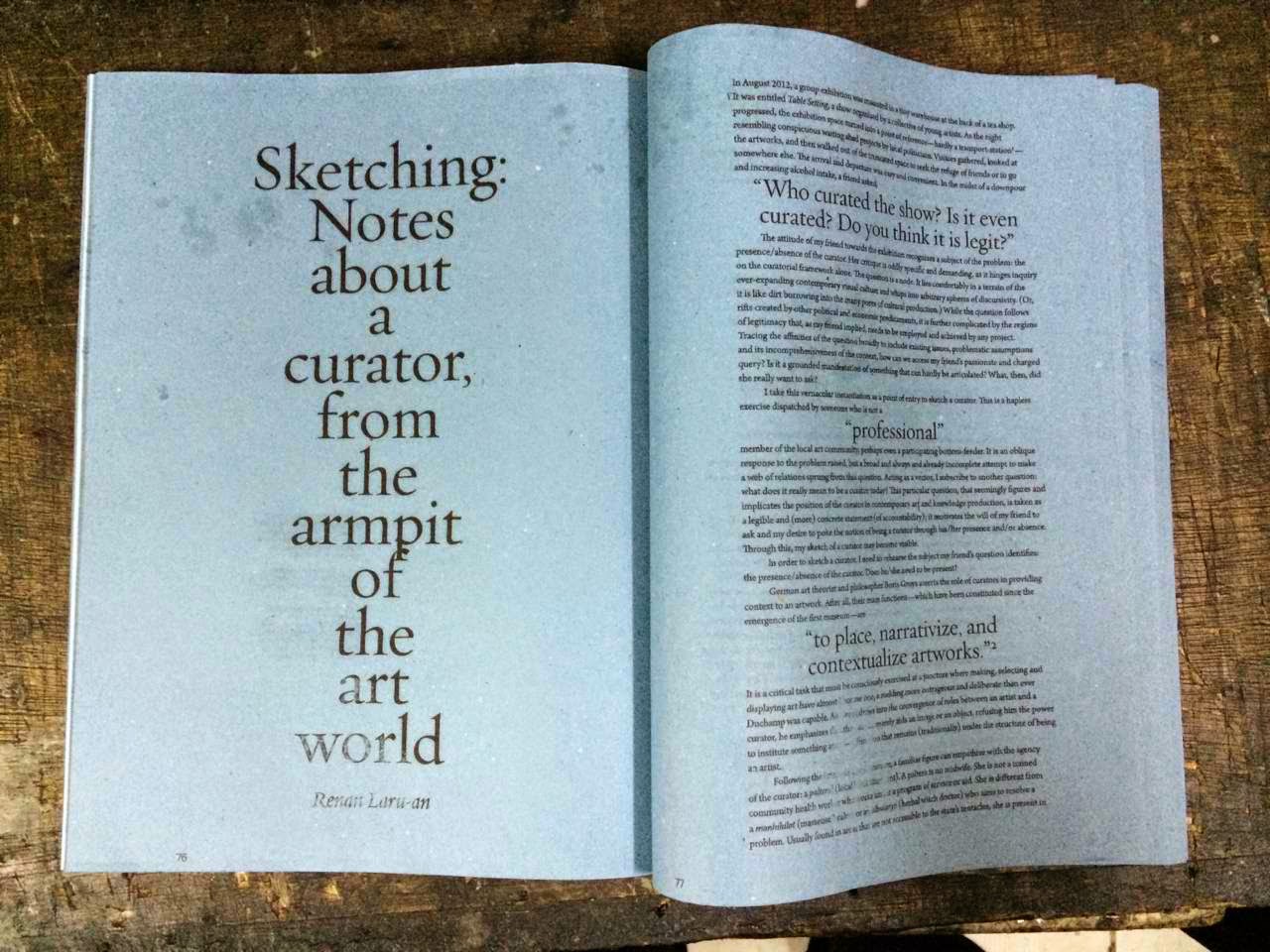 Image from The Office of Culture and Design.