Showing posts from July, 2014
Show all

July 27, 2014
DURING PRAYER TIME this morning, I talked to a college engineering freshman seated near me. We were prayer partners for 15 minutes. After saying our hellos (it was the first time I spoke to him), I asked that he pray for me as I prepare for the upcoming board exams. His prayer couldn't have been more appropriate. I smiled, grateful, as he prayed with eyes closed, “Lord, tulungan niyo po si Kuya Lance sa kanyang pag-rereview. Sana hindi po siya makatulog .” Thanks, Renzo. I was really encouraged.
Post a Comment
Keep Reading

DAVID ROBERTSON'S The Dawkins Letters: Challenging Atheist Myths has been an interesting read for me. I just finished it this morning. The book is a calculated, well thought-out, intelligent, and respectful collection of letters geared towards debunking the "myths" espoused by the renowned atheist Dr. Richard Dawkins. Robertson appeals to logic, not to emotion—but he, too, gets emotional, especially when he takes offense in atheism's misconstrued notion of God (or His existence). Towards the end of the book, Robertson wrote:
1 comment
Keep Reading

July 23, 2014
I LIKE history and how it mirrors many of our country's woes. I follow Ambeth Ocampo's Looking Back column with the interest of a showbusiness fanatic. I have a few friends who are history buffs, as well—for instance, Joseph Brazal who took me to the National Museum when we had nothing else to do in med school; and JP Asong, who, despite being a lawyer now, still has history as his first love.
2 comments
Keep Reading 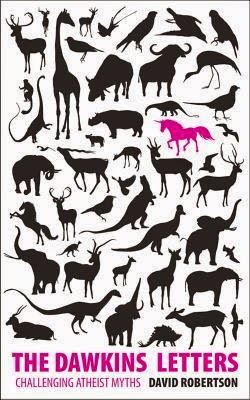 MY NON-ACADEMIC READING for the week is The Dawkins Letters: Challenging Atheist Myths by David Robertson. David Robertson is a pastor of St. Peter's Free Church in Dundee, Scotland, who posted a comment on Dr. Richard Dawkins's website in the winter of 2006-2007. His comment was on the book, The God Delusion, written by Dawkins himself, who has gained quite a following, mostly from the academia and the so-called intellectual elite. It's also popular in the growing atheist movement in local Philippine universities, especially at the University of the Philippines, where I studied for 10 years. Pastor Robertson received many replies in that website, many of them scathing, insulting, personal attacks against Christianity and the people associated with it. In this short book, Robertson aims to present “one person's response to Dawkins and to do so from a wide and personal perspective.”
1 comment
Keep Reading

WHAT ELSE can I say? The pen is on my side.
2 comments
Keep Reading

To help me relax

July 17, 2014
INTERSPERSED with all the academic reading are novels, films, and TV series that have kept me sane and wonderfully entertained. I do not agree with people who burn themselves out studying—unless, of course, they want to top the exams, an ambition I do not share at all. Burning the midnight candles isn't just a fire hazard; it induces too much stress. And we know where stress leads to: premature aging and death and irritability. Why inflict that on yourself and the entire humanity? Besides, I tell myself, after five years of sleepless nights (no kidding), I should feel a sense of entitlement to undisturbed moments of sleep. This moment is short-lived. When I begin residency training, Lord-willing, it will be back to the same old 24-hour shift grind. The fact that I can sleep anytime and anywhere (but why prefer other places other than the bedroom?) is something I praise and thank God for.
Post a Comment
Keep Reading

What to read in prison: James Joyce's Ulysses and 1,045 more

July 10, 2014
SOMETHING TO READ about reading: A Prisoner's Reading List by Alex Halberstadt, published at the New Yorker blog. It's a feature on Daniel Ganis who finished 1,046 books during his ten years in prison. Roughly 105 books a year, or nine books a month. He was charged with theft, which he did badly, according to the blog. Maybe that was why he was caught.
Post a Comment
Keep Reading

Chef, the fun movie I watched with an actual pastry chef-friend 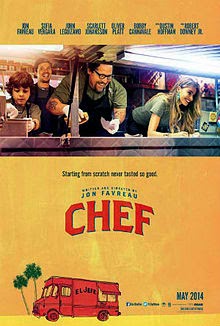 WATCHED Chef the other day. “Last full show,” Jil Bocobo texted me, because Koji Bulahan still had to attend a cell group in church. With us were the Bocobo family of travellers—with Frances and Jed. I'm serious when I say they're travellers. Just recently their father, Tito Tani, went to Surallah, some 20-minute ride from Koronadal. That family has practically been to all the corners of the earth, save maybe Africa, South America, and Antarctica—and we don't know where they'll go next. I listen to their stories and remind myself that there is, in fact, a greater world out there. Lord willing, I hope I'll be able to visit some of those places in the future, too.
2 comments
Keep Reading

July 04, 2014
WHEN studying elsewhere, say, in a restaurant, I'm picky about the people seated near my table. I avoid noisy teenagers at all cost. I don't feel comfortable sitting beside families with children playing with their tablets—I have the unfounded (well, maybe not) notion that kids who dwell too much on the iPad will end up dumb and socially inept. I also don't like sitting near glass walls, where I can see the smokers outside. I get distracted because I think about their lungs and how they will look like when they're dying of cancer. And I hope they don't—but medical literature is overwhelmingly unanimous. Smoking is a health hazard. It kills—and I've seen enough "dying moments" to realize it's not an easy death.
2 comments
Keep Reading

On Nora Aunor and the National Artist distinction

July 01, 2014
THE PRESIDENT, in a rare press interview I saw on TV around lunchtime, explained why he didn't make Nora Aunor a National Artist: she had a history of drug addiction. As if that should matter. Apparently it does, very much, for the President, who doesn't want to encourage kids to do drugs. Nora just won't do as a role model—and National Artists are role models, President Noynoy seemed to say. Never mind that she was a top choice of the NCCA, CCP Board plus the National Artists themselves. Never mind that Nora has set a standard against whom other actors are compared. Never mind that she was (and is) so good that my mother (a Vilma Santos fan, the only actress who can make her cry) still classifies her high school classmates as Noranian or Vilmanian. Me? I'm all for Eugene Domingo.
2 comments
Keep Reading
More posts