Showing posts from December, 2015
Show all

Night out with my lunch buddies

FINALLY, we have proof that Casti Castillo is alive. Thanks to Carlo de Guzman who organized the meet up, I've reunited with some of my lunch pals during med school. How this group was formed is a mystery to me as well: perhaps it started one day in 2009 when, disinterested as we were in joining fraternities, we decided to eat lunch together, gathering at the BSLR Lobby to go to Chicken Charlie or Wham Burger at Robinsons. They were voracious eaters, fun to be with, and such great people that it did not take long for me to call them friends. Lunch at Midtown Diner (ca. 2013), where Bon, Casti, and Brazy were discussing whether requesting a CBC was appropriate. We seemed to have all the time in the world then.
4 comments
Keep Reading

On Honor Thy Father

Honor Thy Father takes us to the northern city of Baguio, the country's summer capital, where people wear sweaters because of the cold. The scenes mostly depict pine trees, mountains covered in deciduous vegetation, houses on steep slopes—not the usual Philippine setting for films, yet they are familiar, reminding us of childhood vacations, of Burnham Park, and of strawberry jams. Many controversies hound this Eric Matti film , but I had only learned about them about an hour before I went inside the cinema. Although still qualified to join the Metro Manila Film Festival, Honor Thy Father has been disqualified from the Best Picture category because the producers allegedly failed to disclose to the screening committee that it had been entered into a different film festival early this year. We learn the story of a once-struggling family who are finally making it big in business, that which involves collecting money from local people, promising that the money go to big investment
Post a Comment
Keep Reading 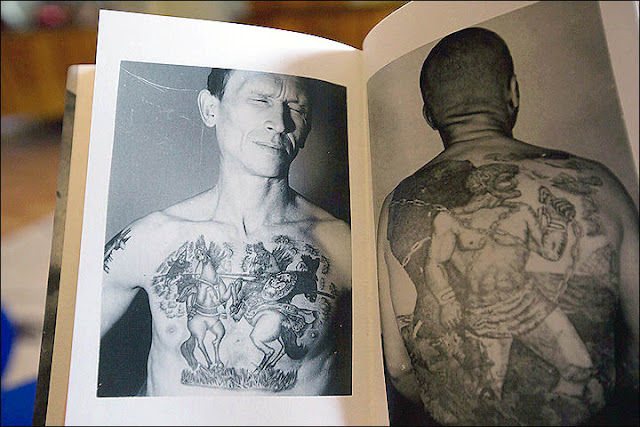 IT'S A LONG holiday. After the revelries, you're probably stuck at home with a computer. If you have all the time in the world (or you think that you do), give these links a try. On Russian tatttoos—great article from The Siberian Times.
1 comment
Keep Reading

Manila is empty on Christmas morning: a documentation of our post-duty walking tour

AFTER NOT BEING able to sleep last night—there were few admissions, but they were difficult, complicated cases—my friend Jeremiah Vallente and I hurriedly rushed out of the hospital after the morning endorsements. "So what do we do now?" we asked ourselves after we deposited our bags in our rooms. "Let's find a good place to eat eggs," Jere said. Eggs are his favorite. "I just need a good cup of coffee," I said.
3 comments
Keep Reading

Christmas at the ER

Philippine General Hospital, Central Block—not the ER. I'M ON 24-hour shift at the Emergency Room  Department today, stationed here as the Physician-on-Duty. It also happens to be Christmas Day (in the Philippines, it has been Christmas season since September). This is the third year that I've spent it away from home. It's okay; we don't have established Christmas family traditions anyway: usually just a special dinner at 7 PM, with my mother's fruit salad as the dessert, something she has perfected in the past 10 years or so—salads, because she can't cook. The rest we order. We then sleep the night off, occasionally interrupted by worried calls from Auntie Elsie Dizon or Auntie Norma Cobrador, our neighbors, where they invite us over to their Noche Buena and karaoke sessions.
Post a Comment
Keep Reading

December 22, 2015
MY FIRST stethoscope was a Caribbean blue Littmann Classic II (3M), bought in 2009 at a sale of a local sorority. That special day in 2009 was a milestone: me, a would-be doctor, donning my first stethoscope on my way to the Neurology Ward, where I was to have my first preceptorial with Dr. Leonor Cabral-Lim. With bated breaths, my classmates and I waited for her to arrive; save for what we had read in DeMyer, we hadn’t had any idea what to expect. We were to demonstrate what we learned on the art and science of the physical examination. Yet we carried our steths—as we liked to call them—proudly, like a thick necklace. I remember trying mine out with my seatmates, the Catangui twins. I asked them to breathe deeply—ah, bronchovesicular sounds, no crackles, no wheezing. They, in turn, listened to my heart beat, alternating between a bell and a diaphragm to make sense of the S1 and S2.
1 comment
Keep Reading

December 16, 2015
Unlike my brother Ralph who finishes at least one book a week—at most three, he tells me—I didn’t even reach the 20 book count mark this year. Residency happened, you see; and since the start I’ve resolved to read more academic and medical books, less of fiction. But fiction keeps me sane and grounded. I undertook long reading projects, many of them remain unfinished, and chose short story collections to pass the time. 2015 has been a great year for reading, nevertheless. 1. My Struggle* by Karl Ove Knausgaard . I discovered the Norwegian journalist and writer through The New Yorker, where he was interviewed by Deborah Treisman, the magazine’s fiction editor. His work reads like a long, extremely well-written blog. Critics say that it’s funny to read the thoughts of a Scandinavian, an otherwise laconic, introverted people-group. I don’t know if that’s true. He takes us through his childhood, his drunk father, his friends, his discovery of writing. Why we keep on reading when the bo
2 comments
Keep Reading

Signing out of the wards

MY BATCH, fondly called the iMax for reasons that still escape us, just had a party at our callroom. In the spirit of togetherness, the party planning committee opted to hold it inside the hospital so that the people who were on 24-hour shifts could participate as well. It was a Christmas and Year-end gathering of sorts, and the theme was, “First Years Noon, Second Years Na Later.” After all, tomorrow will see us assuming new posts, new lives in a way—out of the wards, into the colorful, often dreadful world called the Emergency Room. Second year residency is supposed to be easier, with more opportunities for leisure and rest. The duties are tiring, but they end almost as soon as they begin, and one goes home without the weight of the patient’s fate on his shoulders. This is what makes first year residency overwhelming—the idea that it is a marathon instead of a sprint. At the ER level, it’s enough to work on a reasonable diagnosis, to make sure that the emergent labs have been faci
1 comment
Keep Reading

A new look + a godly perspective

This site has a new look. The letters and photos are smaller. The posts are shown in two columns. Each post starts with a drop cap—one of my favorite features of this template. I was having trouble creating an archive page, though. The tutorial by blogger Sarah (adapted mostly from jhwilson's script) was particularly helpful. Thanks for dropping by. * * * I'M sharing Charles Spurgeon's meditation on Psalm 16.8, "I have set the Lord always before me: because he is at my right hand, I shall not be moved." This is the way to live. With God always before us, we shall have the noblest companionship, the holiest example, the sweetest consolation, and the mightiest influence. This must be a resolute act of the mind. "I have set," and it must be maintained as a set and settled thing. Always to have an eye to the Lord's eye and an ear for the Lord's voice—this is the right state for the godly man. His God is near him, filling the horizon of
Post a Comment
Keep Reading

HAVING just arrived from a two-day team building activity, I'm exhausted from the gut-twisting laughing spells (a phrase I've adapted from Racquel Bruno), the non-stop games and meals, and the clean and healthy fun that comes with the company of my colleagues—people I meet day to day, and those whom I now regard, after one year of living and breathing the hospital air, as family. The place was Punta de Fabian in Antipolo, Rizal. It was overlooking Laguna de Bay.
2 comments
Keep Reading

TODAY my seniors in Medicine are graduating. This day will be filled with celebration, thanksgiving, and remembering. I get emotional with endings, as graduations are often thought out to be, because these wonderful people have taught me and affected me in ways that go beyond making clinical decisions, diagnoses, and treatment. This means I will not be seeing any of them at the OPD anymore, will not be chatting with them randomly for a few minutes to pass time, will not hang with with them over food and videoke as often as before.
1 comment
Keep Reading

IT IS A minute past midnight. My intern shows me her proposed correction for some deranged electrolytes. She tells me one patient's serum sodium levels are going up. I ask her to compute for the total body water deficit. She scrambles hard for the answer but eventually gets it. I ask the nurses to carry out her orders. She'll make a good internist one day.
Post a Comment
Keep Reading

Christmas is upon us

CHRISTMAS is upon us, even at the hospital where I work. Here's the makeshift tree at the sixth floor. It's made of empty piperacillin-tazobactam boxes. How very medical. Just so you know, my brothers and I never grew up with a Christmas tree in December. Our mother felt it a chore to put one up, always postponing, always "next year na lang ." When she did decide to finally have one, we were already grown up, out of the house, in Manila or Davao, studying and working. Now she tells us that her tree looks wonderful. "Yes, Mother, it probably is," we reassure her, as good kids do.
Post a Comment
Keep Reading

December 02, 2015
My friends convinced me to watch A Second Chance, the movie sequel to the highly successful One More Chance (which I didn't watch completely—I saw parts of it, but couldn't stand it). I'm not too big on romance, and I don't understand it when people, even my close friends, sing their praises for John Lloyd Cruz and Bea Alonzo. Their chemistry on-screen is supposedly perfect, like they're meant for each other. I said I'd give this movie a try; I had nothing else to do but read the chapter on Disorders on Rhythm in Harrison's to lull me to sleep. We watched it last night, after dinner. The crowd was less than I had expected, but the movie house was still full, save for a few rows of empty seats in front.  I can't give an unbiased review, but the movie wasn't bad. I had a problem with its wordiness, though—it was as if Popoy (Cruz) and Basha (Alonzo) had to recite essays to each other every single time they quarreled. And they quarreled every 1
1 comment
Keep Reading
More posts