Homeland is about two people who want to be happy 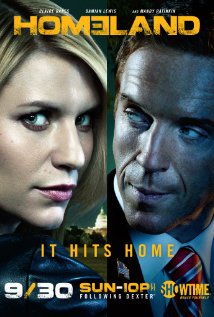 DON'T WATCH Homeland if you don't have the entire day free.

Numb after watching the last episode of season two, I feel like going through the entire 12 episodes again.

The first season, which I had watched months ago, had me hooked—excellent cast, great story, characters I felt close to—but I wanted to reserve season two for better days. With all the free time in my hands and the unbearable summer heat during the afternoons, I figured now would be the best time to enjoy what remained of the series.

Homeland is about a US Marine officer Nicholas Brody (Damian Lewis) who returns home a war hero after being locked up for eight years in an Iraqi prison cell, tortured night and day by terrorists. While America is busy celebrating this homecoming, one CIA analyst (Claire Danes) thinks the said officer may be have been brainwashed—or "turned" to the other side—and may be working for Abu Nazir's intricate terrorist network to unleash another attack against the USA.

Claire Danes—her eyes wide-open, her impatience, her calculated rashness—was born to take on the role of Carrie Mathison. I think this is her best acting thus far. I now think of her first when I hear "bipolar disorder." 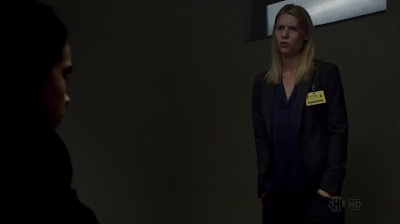 Damian Lewis plays Sergeant and now Congressman Nicholas Brody. The homecoming isn't easy for him, his wife, and his children. Season one shows us how hard life is for him. Season two makes us realize nothing has really changed for the better. They may be the poster portrait of the happy American family, but they have struggles. After all he and his family have been through, is there a possibility that all things will go back to normal? 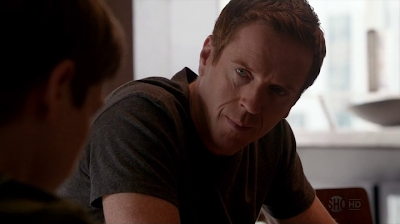 As usual I always have a favorite character. In Homeland it's Saul Berenson (Mandy Patinkin), CIA's Middle East Bureau Chief and Carrie's mentor. He treats her as his own daughter, not just his colleague. He trusts her hunches when nobody else in the agency believes her because Carrie knows how Abu Nazir thinks and plans. In the final episode he calls Carrie the smartest and dumbest person he's ever worked with. I like Saul because he's old, wise, calm (most of the time, at least), plus he sports a really cool beard and wears neat glasses. I want to look like him when I grow old (I said the same thing about C.S. Lewis). 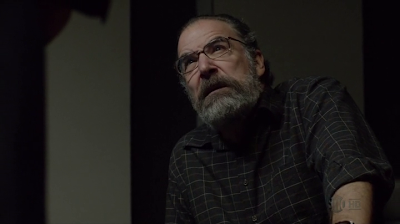 First, the hunt for Abu Nazir, the most dangerous terrorist on Earth. The series is packed with smart twists and turns. A trusted colleague becomes a terrorist conspirator, and then we find out he can be trusted after all. A part of me wants to be part of the CIA (I wish!), but I'm too clumsy to handle things of national security. I'm not exactly your gun-carrying type of guy.

Second, the father-daughter relationship between Carrie and Saul. To work with such a mentor must be quite the thrill.

Third, the struggle between Carrie and Brody—the sense of mutual distrust which becomes a springboard for intimacy. We could never really figure out if they love each other or they're just using each other to achieve their ends. All they want to happen, and this is true for all of humanity, is for them to get away from all the lies and deception, find their places under the sun . . . and be happy. Christians know better, of course: that true and lasting joy can only be found in God.