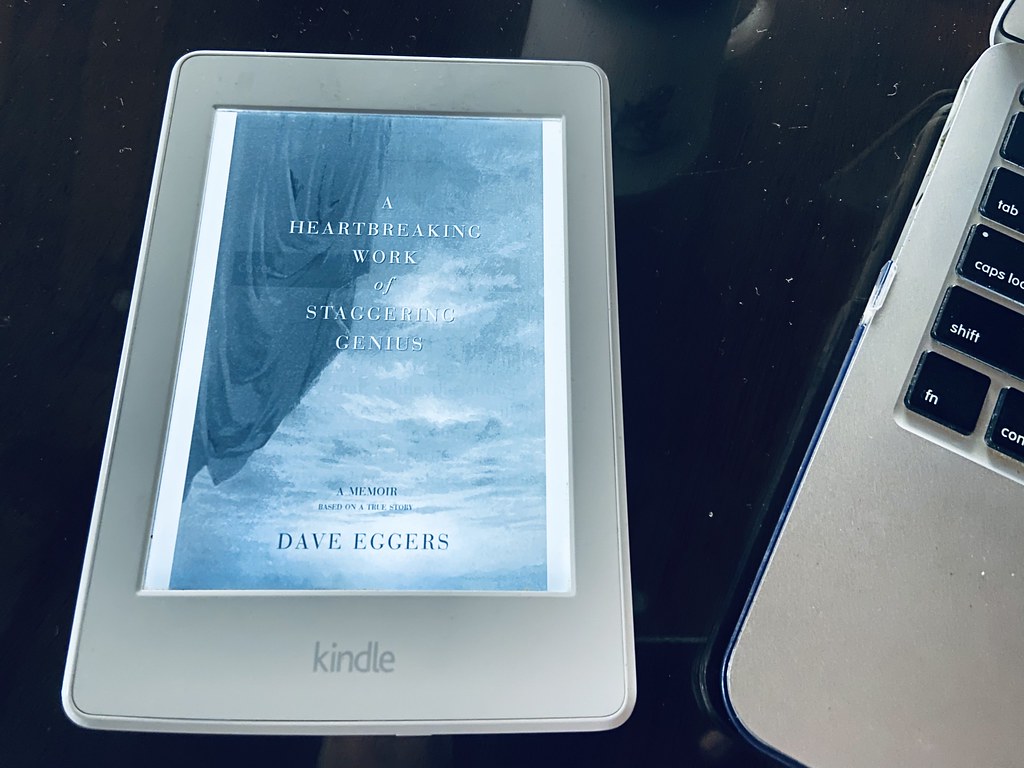 Teary-eyed at 9 am on a Monday, at Starbucks along Santiago Boulevard. Arrived too early for my clinic and had time to spare—the story of the young doctor starting his practice. Nobody else noticed me, the solitary man, sipping coffee, al fresco, reading a white Kindle. But who cries at 9 am on the first day of the work week?

It was the book’s fault. Dave Eggers’ novel punched me in the gut. A Heartbreaking Work of Staggering Genius spoke to me the way people who’ve gone through similar suffering communicate a common language, populate the same neural network. Dave wrote about his mother, dying of gastric cancer. Feeling an emotional proximity to writers, I refer authors on a first name basis (Mavis Gallant is Tita Mavis, for instance). “While reclining on the couch most of the day and night, on her back, my mom turns her head to watch television and turns it back to spit up green fluid into a plastic receptacle.” He brings her to the hospital, despite her earlier instructions on the contrary. I could see myself in the situation, could hear and smell and feel its mundanity and extraordinariness, could imagine that “loss is accompanied by an undeniable but then of course guilt-inducing sense of mobility, of infinite possibility, having suddenly found oneself in a world with neither floor nor ceiling.” Succeeding chapters narrate what happened after—Dave stands as his brother Toph’s legal guardian, drives him around town in a red Civic, brings him to school activities. Hilarious, self-deprecating, heartbreaking, and staggering, but also compassionate and affecting. Do read it.
reading