Journal of a Lockdown No. 26 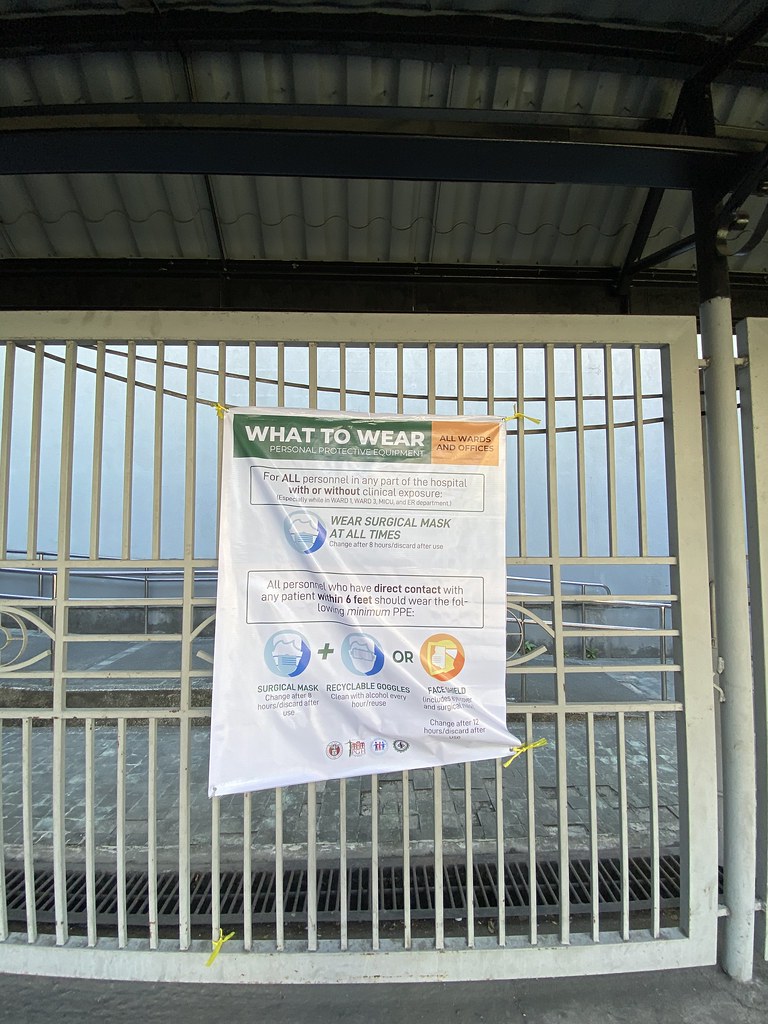 Strict reminders to wear the appropriate PPEs in various areas of the Philippine General Hospital.

1917 is one of the best films I've seen. It resonated with me in a way because I kept hearing "frontlines" in the dialogue, and what I thought of were my friends and colleagues in the proverbial war against COVID-19. Here's an excerpt of an email I wrote to a friend:

The most poignant scenes in the film include the banter between Tom Blake and Will Schofield—Tom tells the story of a man whose oily ear was bitten by a rat; he talks to Will about cherry-picking; in his last breath, he engages in conversation. I suppose good stories form the foundation of lasting friendships.

Another scene that moved me was Will inside the truck. The men surrounding him were laughing, as if they did not have any care in this world and that death was at bay. The scene was shot in a way that Will seemed to have been swallowed by the noise—but there he was, nursing his grief in silence, reeling from the death of his friend. There was comfort in isolation, but the proximity of human friendships eventually made the pain easier to bear.

I’d read previously that the filmmakers were intent on creating the illusion that the movie was filmed in one take, with no edits in between. I never really understood what that meant until now—in watching the film, I felt that it was I who held the camera. Or that I played the computer game, Counterstrike (which I was never good at). I held my breath when Will jumped over the waterfalls and floated in a river where the petals floated with the corpses.

And then he had arrived. Will saw a group of men listening to a bard singing “Wayfaring Stranger.”


“I’m just a poor wayfaring stranger
Traveling through this world below
There is no sickness, no toil, nor danger
In that bright land to which I go”


Isn’t this the fact of life—that we are but pilgrims in this dark world? That moved me, too.

The Lockdown is extended to the end of April. I don't know what to feel exactly, since the science behind this is sound. As with everyone else I have a nagging desire for things to be normal.
daily film