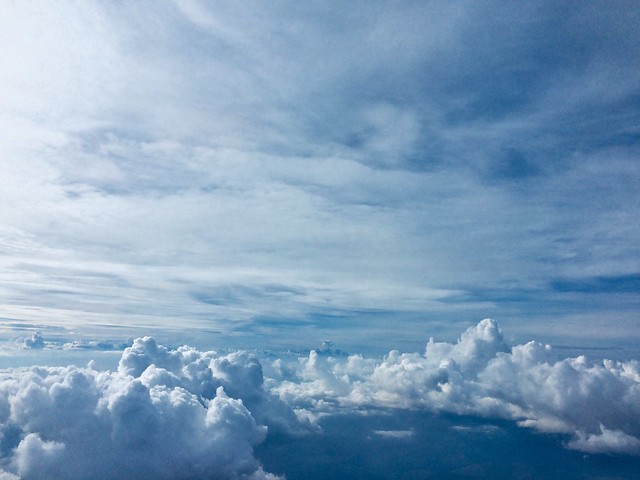 Nothing quite reminds me that I’m back to the old grind—temporarily, I should say—as the claustrophobic, purgatorial feeling of being stuck in Metro Manila traffic. (No, I don't believe in purgatory.) After forty minutes of inching out of the airport complex, the taxi driver is munching steamed corn he bought from a street vendor during the standstill. He is apologetic, but I tell him hypoglycemia will only make his life miserable. Go ahead. Eat.

At the airport I spoke with two French tourists who are spending a night in Manila before they head to Palawan for a 15-day vacation. I almost feel bad for them—that they have to endure one night here. The rest of the Philippines est magnifique. C'est une vue à couper le souffle. (It's the height of pretentiousness when I mumble something in French, regardless of how bad mine is.) Certainly not Manila. Claims that Manila is historical, cultural, and therefore beautiful sound desperate—but there must be truth to them, only that the good is camouflaged by the soot, noise, cars, and terrible urban planning.

But hope springs eternal. Maybe someday the city will become livable. I write this inside the taxi, where I've spent the past two hours—and most of that hope is dying.

So, yes, I'm back in the city for a few days to settle some things for future work. It's bad—city life—but it still feels like home here, too.
journal photography