April 08, 2016
APRIL for me began with a road trip to Fort Magsaysay in Nueva Ecija. I was part of the hospital's contingent to the blood drive, a quarterly event organized by the Blood Bank to increase the number of deposited blood at PGH. In the history of out-of-hospital blood drives, this was the farthest it has gotten—some four hours away from Manila. "We can't go farther than that—the blood might get spoiled if not processed immediately," said the pathologist who went with us.

We started traveling early in the morning. The greenery along the expressway was refreshing. 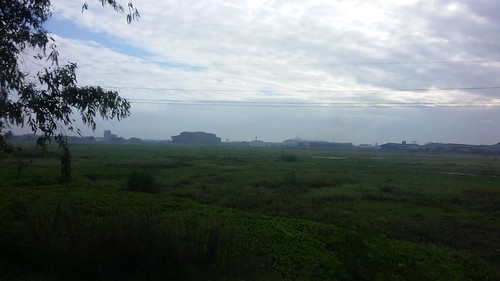 The team had a short stopover. I sampled the freshly baked tupig. Not shown here is the bibingka, fresh off the oven, so hot I almost burned my fingers and tongue. 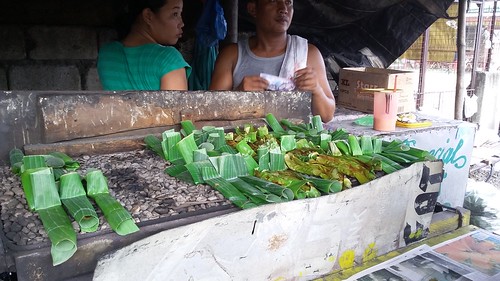 At Fort Magsaysay, the sight of soldiers-in-training greeted us. Tired after their daily drills, they were getting some rest—or naps—literally beneath the trees. The day was otherwise sweltering, almost feverish. 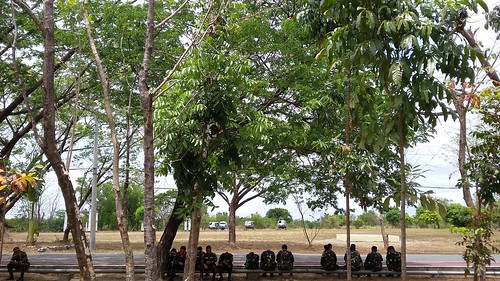 Many of them volunteered to donate blood. All of them passed the initial screening, save for one, who was feeling rather ill. 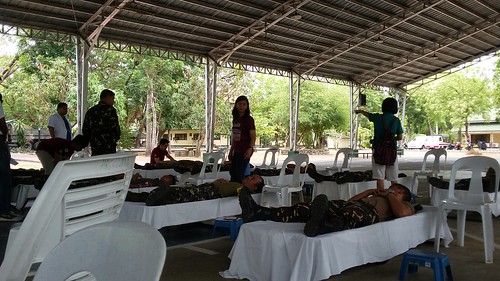 The landmark shows the names of brave soldiers who have fought bravely for our freedom. They are heroes worthy of celebration and appreciation, yet many of them go unrecognized, save for memorial stones like this. Sometimes I wonder what would've happened if I had signed up for military training. I wouldn't have lasted long, having died after the first few hours of drills under the afternoon sun. 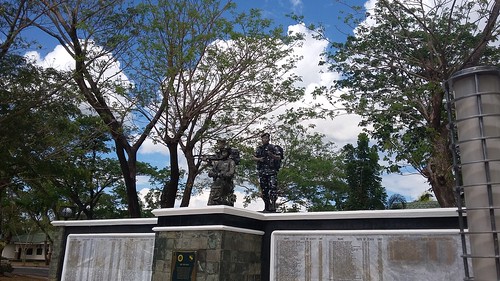 The group was composed of volunteers, medical technologists, and my friend and colleague Carlos Cuaño, who indulged my request to have his photo taken. 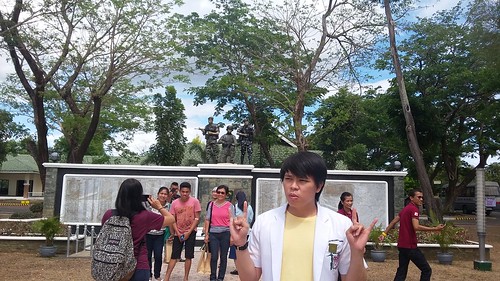 The General welcomed and thanked us, but we were the ones who were grateful. The blood the soldiers have donated will save many of our patients. 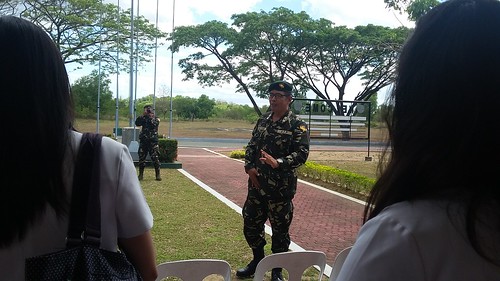 The drive home was longer. The driver made a wrong turn, which added two hours to our travel time. Otherwise, we were all happy to get away from Manila.
adventure medicine