—My patient's sister, braving the Metro Manila traffic to tell me the news: my patient has died. He refused to be brought to the hospital, saying he was tired and wanted to rest. They buried him two days ago. She gave me unused chemotherapy vials (paclitaxel and carboplatin), hoping others could benefit from them.

—A colleague, inviting me to work on a research project. This was followed by another colleague, telling me we already have data to report.

—Some watchers at my research's focus group discussions for my breast cancer screening study, confessing they did not even know what a mammogram was.

—My colleague's mother, diagnosed with breast cancer, for whom I did chemotherapy. We later found out she had another cancer—a large mass in her kidney. She underwent surgery a few days ago. This afternoon she texted me:

Well, this happened the other day: longganisa (sausages) from Lucban, Quezon, a gift from a patient with breast cancer, whose hair has grown. I told her, "Mukhang sosyal!" She beamed.

I had the longganisa for lunch; I cooked it myself: I poured water onto the pan and heated it until the water evaporated and the natural oils came out—a literal case of being cooked in one's own juices. Naparami ako ng rice! 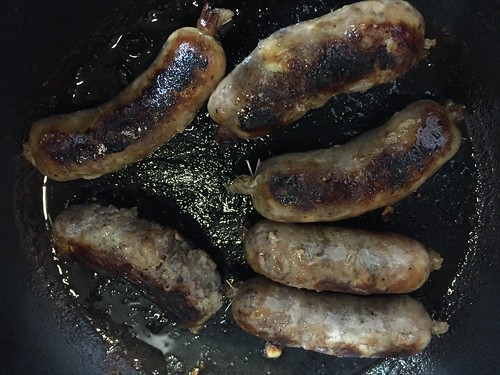 It's been a long day. Praise be to God for the strength.
daily medicine oncology