April 30, 2013
AS I WAS walking around the campus this morning, I noticed a sign beside the medical library. "1 day to go!" it read—one day before my internship begins; one day left before their internship ends. 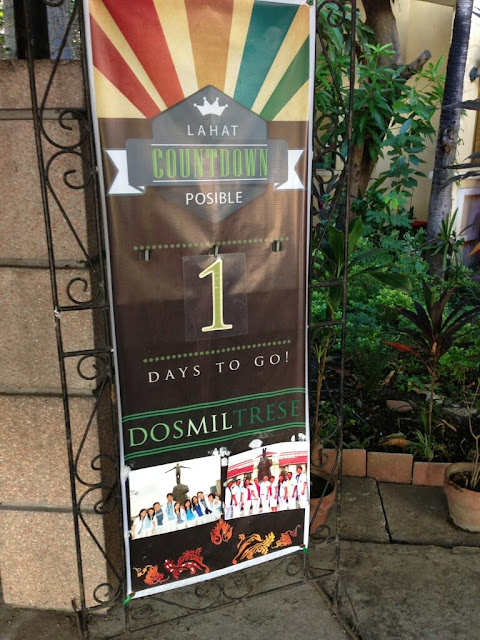 I'm merely hours away from donning my white coat and resuming the old life I was happy to leave about a month ago. And although I'm grateful for many things, I want to take this time to thank the 2013 interns I had the privilege of meeting and working with—both from UP and from other med schools. As of the time of writing they're now relishing their precious moments of freedom. I can imagine them waking up tomorrow with no thoughts of updating that long ward patient census. What freedom!

These interns made my rotations fun and worthwhile, and I learned many things from them. Most of them were my age—which explains my impertinence at throwing jokes at them—but they displayed far more advanced medical know-how in delivering quality patient care.


What makes the Philippine General Hospital different is its culture of learning without, more often than not, the unnecessary hierarchical distinctions otherwise imposed by other training institutions. Never in my clerkship year had I felt that I was the scum of the earth, the bottom feeder in the PGH food chain. My blockmates would say the same thing.

These interns—they understood what being an uninitiated, inexperienced, lost clerk felt like. And so they took time to teach me the process of writing inter-departmental referrals, which vials to use for blood extractions, and which residents to avoid.

But they went as far as asking me if I already had dinner, and did I want to join them in ordering takeout? They gave me permission to go home hours before they did because there weren't too many patients to take of anyway. "Magpahinga ka na lang," they'd say. Outside PGH they invited me for dinner or videoke. They cheered me on when I did something as simple as getting new blank copies of lab request forms for the team. They cracked the funniest jokes and shared anecdotes derived from their two years of hospital experience—including that of an anonymous intern whose face was coated with amniotic fluid when her patient's bag of waters broke.

Some interns stand out from the rest, of course. I'm not familiar with the alphabetical block designations, but my favorite sets of interns were those I met in Pediatrics (Ward and ER), OB-Gyn (Service A), Ophthalmology, Otorhinolaryngology, and the Medical ICU (MICU). They didn't make mountains out of molehills. They enjoyed the work, which made it more bearable. They didn't bicker or quarrel when things got tough, but they laughed at and with each other. Plus, they were really good at inserting IV lines, and they knew the nicest places to order food from.

Congratulations, 2013 interns! Don't forget that as you go to the beach or sleep for eight hours or fly to another continent for vacation, there are new interns at PGH who are slaving away in their 24-hour shifts, looking forward to May 1, 2014. But you have the medical boards to prepare for—so maybe, in the greater scheme of things, we're even.
journal medicine