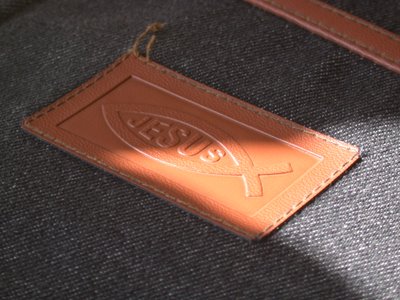 A shot of my Bible cover which my brother took during the pre-plenary talks we had with other campers. 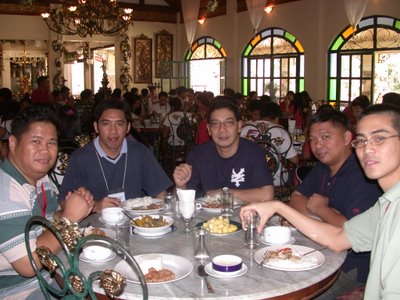 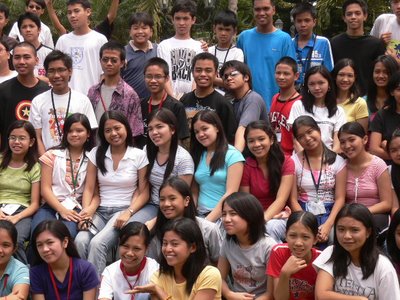 The campers. Not all of them though. 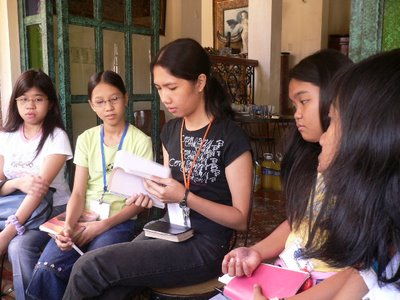 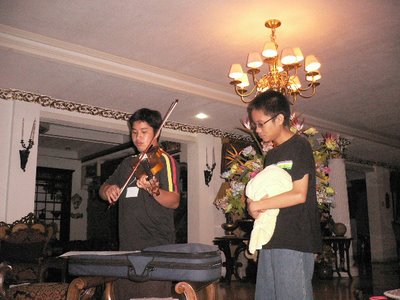 I've just finished washing my face (in the photo, I'm carrying my yellow towel) when I heard someone playing the violin. I was so engrossed with the music that my consciousness only came back when I saw a white flash of light of the camera. Another stolen shot of me. 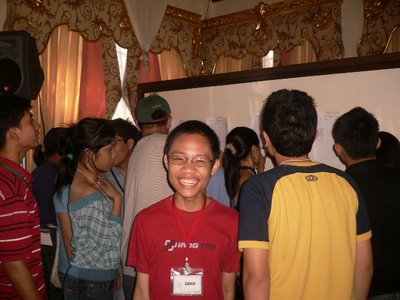 While they were looking for their group assignments, I accidentally turned my back, and saw, to my utter delight (look at my smile), a camera. Again. 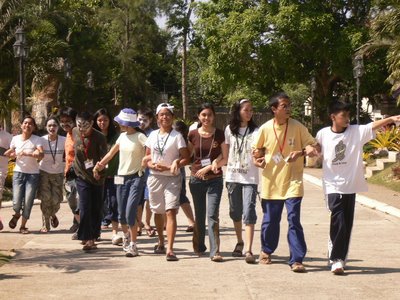 Hand in hand, we walked to find the next clue. Our group--cleverly named Jewels in the Palace in honor of our team leader, Joel--was a klutz in doing this kind of thing. It took us ages to move from one place to another because either the human chain was cut or someone slipped. 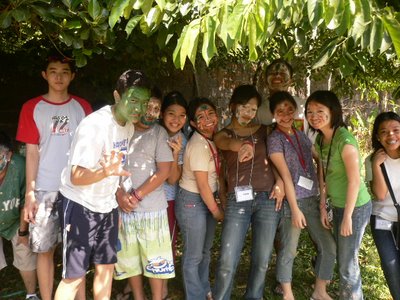 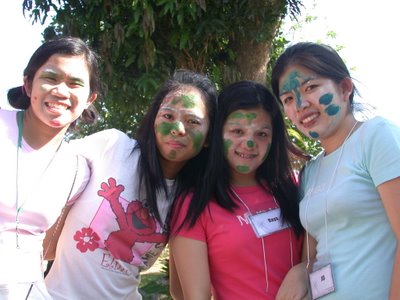 We are joyful because of Christ, the Real Treasure.